Senator Kim Pate represents Ontario. For nearly 40 years she has worked with and on behalf of marginalized, victimized, criminalized and institutionalized youth, men and women.

This year, we learned that the emperor had no clothes. A pandemic hit and Canadians who thought their lives and financial situations were secure were abruptly – sometimes lethally – faced with the inadequacy of social, economic and health services we once dined out on internationally. Described as the great equalizer, the pandemic actually exposed massive inequality. That inequality had a face – and it was not white, male or privileged.

Data from Toronto and Montreal – two of the hardest-hit cities in Canada – revealed higher rates of COVID-19 in lower-income neighbourhoods. It is no accident; systemic racism and inequality have produced these cramped and predominantly racialized communities.

The risks and dangers of COVID-19 have fallen disproportionately on those living on the margins. Though they’ve been called “essential,” precarious workers – in particular racialized women – face health risks, poor working conditions and inadequate benefits, if they even receive any.

Hygiene requirements and efforts to physically distance have been virtually impossible to meet for those living in long-term care, on the streets, or in overcrowded, low-income housing. For those in prisons, the response has been the increased use of solitary confinement.

So the Liberals' Throne Speech on Sept. 23 will be an opportunity to set out policies and programs to carry us forward in ways that are more inclusive and equitable. What might such a Canada look like?

We must address the long-term effects of colonization and embedded racism. We must take up the calls of the Parliamentary Black Caucus, starting with the elimination of mandatory minimum penalty measures. Such penalties interfere with the ability of judges to craft fit and fair sentences based on the circumstances and context of each individual, including their history as a member of a Black, Indigenous or other racialized community. These proposals echo Call to Action #32 of the Truth and Reconciliation Commission and Call for Justice 5.14 of the National Inquiry into Missing and Murdered Indigenous Women, both of which the government has committed to implementing.

An inclusive Canada must also promise the enhancement of community-based alternatives to incarceration, including the decriminalization of drugs. In Canada, eight in 10 imprisoned women are incarcerated in connection with their attempts to negotiate poverty and ensure the economic survival of their families, including by carrying drugs. Their incarceration perpetuates decades of policies forcing the separation of children from their parents, particularly in racialized families. Such practices have included residential schools, the state-sanctioned removal of children in the Sixties Scoop and discriminatory child welfare policies.

Another systemically racist barrier that must be dismantled is the impact of criminal records. For those who have served their sentences and been held accountable, criminal records too often perpetuate marginalization, stigma and poverty. They bar access to jobs, education, volunteer opportunities and even housing – all of which are vital to moving on from criminalization and creating safer and more just communities. We need to remove barriers to criminal-record relief, including the costs involved (upward of $645) and the exhausting, complex application processes.

Finally, a guaranteed livable income, along with adequate wages and benefits for the employed – as well as other social and health supports such as child care, education, pharma, mental health and dental care – would be a way to protect all Canadians. The majority of Canadians support a guaranteed livable income, according to an Angus Reid study from June, and it would enable people to further their education, step away from an unsafe or unsuitable job, or take time to look after others – without the fear that they will not be able to feed or house themselves or their families, especially during times of crisis. This type of policy could level the playing field and give everyone a fighting chance and – perhaps most importantly – the power to choose their own path.

As we brace for the coming waves of the pandemic, I am confident that this minority government will seize the opportunity to tackle a significant challenge, much as Lester B. Pearson’s administration did in creating Medicare and the Canada Pension Plan in the 1960s. Dismantling systemic racism and implementing infrastructure, economic and legal supports will assist all Canadians in contributing to the country’s economic recovery and well-being – and the Throne Speech must deliver a map for how the government can lead the way. 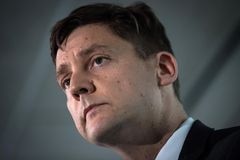 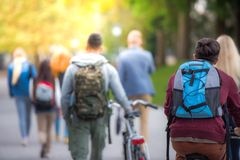 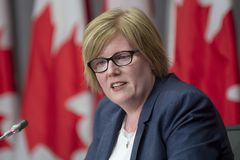