The most important message sent by the appointment of François-Philippe Champagne as Canada’s Foreign Affairs Minister is that it offers an opportunity for a reset, or at least a recalibration, of Canada’s relations with countries with which it is currently on the outs.

Under Mr. Champagne’s predecessor, Chrystia Freeland, this country has not been seen in diplomatic circles as the honest broker that Prime Minister Justin Trudeau had aspired to make us when he declared that “Canada is back” in 2015. Rather, we became known for taunting, grandstanding and preaching, not to mention shirking our international obligations.

We turned our back on Africa, a continent Ms. Freeland failed to visit once during her nearly three-year tenure, and our commitment to meaningfully contribute to United Nations peacekeeping missions. If anyone thinks the rest of the planet failed to notice, he or she is frankly out of touch with the real world of international relations, where countries are judged not by what they say they will do but by what they do – or fail to do when they said they would.

There were some honourable initiatives launched on Ms. Freeland’s watch, including a move to empower opposition forces against Venezuelan dictator Nicolas Maduro, though it’s unclear Ms. Freeland would have done so if Mr. Maduro was simply a regional thug and not a Russian ally.

According to Ben Rowswell, who was Canada’s ambassador to Venezuela from 2014-17, Ms. Freeland saw Venezuela as a “front line in the emerging global competition between democracy and authoritarianism.” That made Ms. Freeland popular at home. But the competition in question is hardly an “emerging” one and has been going on, in fact, for centuries. That democracy experiences cyclical fortunes is not exactly a new phenomenon.

Besides, Ms. Freeland’s interest in Venezuelan democracy was an outgrowth of her singular obsession with Russian President Vladimir Putin, who has been Mr. Maduro’s biggest backer. Ms. Freeland may have taken great pride in being declared persona non grata by the Putin regime. But that in no way advanced Canada’s interests with our Arctic neighbour.

Whether we like it or not – and most of us don’t like it – Canada has to have a working relationship with Russia. There is too much at stake and too great a risk of dangerous misunderstandings to pretend otherwise. Even the United States understands this, and I don’t mean its current President, who clearly doesn’t understand much about anything.

Whether Mr. Champagne, 49, will seize the moment to rebuild Canada’s reputation as a serious and principled player in global affairs remains to be seen. He is as much a Davos man as Ms. Freeland is a Davos woman, putting him in good stead with a certain global elite but at risk of being seen as a poseur by those who work in the trenches of crisis zones.

Like Ms. Freeland, Mr. Champagne is extremely ambitious and aspires to global name recognition, having spent almost his entire career outside Canada before entering politics. Unlike Ms. Freeland, however, he is not weighed down by ideological baggage. Like his mentor Jean Chrétien, whose old Quebec riding he now represents, Mr. Champagne can get along with Mr. Putin, Chinese President Xi Jinping and Donald Trump if he needs to.

Mr. Champagne inherits the same China conundrum Ms. Freeland faced. But he comes better equipped to defuse tensions and seek a resolution to the current crisis in bilateral relations. Too much progress has been made in recent decades, mostly under Mr. Chrétien, to let Canada’s relationship with China deteriorate into one of permanent hostility. It won’t be easy to fix the current mess, and a decision to exclude Chinese telecom giant Huawei from participating, wholly or in part, in the rollout of 5G networks in this country will complicate matters.

One of Mr. Champagne’s first decisions as Foreign Affairs Minister, however, will involve Canada’s bid for a seat on the UN Security Council in 2020. Most observers who know better have declared Canada’s chances of beating out Norway or Ireland to be non-existent. Norway is a champion of foreign aid, and Ireland’s role in peacekeeping puts Canada to shame.

So far, the Trudeau government has continued its campaign in spite of the odds. Canada’s move on Tuesday to break with the U.S. and support a UN resolution backing Palestinian self-determination should be seen as part of that campaign rather than a reversal of this country’s long-standing support for Israel. As such, it risks subjecting Canada to accusations of playing politics to win a seat for which we have really done nothing to earn.

Mr. Champagne should do the honourable thing and end Canada’s cynical campaign for the Security Council seat. If he doesn’t, we can probably expect business as usual at Global Affairs on his watch. 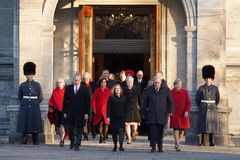 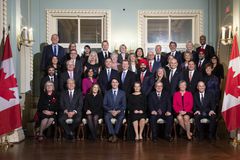 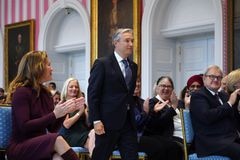