I am probably not the only Canadian who spent the past few days enjoying my first nights of deep, uninterrupted sleep since 2016. The horrors to the south have abated. He has fled.

But, in keeping with our national character, some night soon I’m likely to find myself bolt upright and wide-eyed, shocked awake by the realization that the thing in the basement is still there, weakened but writhing.

Ottawa should look at the past four years as a stress test – like the one the bank applies to a couple’s mortgage application, to see if you could still make payments under 7 per cent interest rates and the loss of one of your jobs.

Except that this was an entire country’s economy, security and role in the world facing the strain of its largest partner becoming a threat – and it wasn’t just a test.

Canada has two hostages held by China as a consequence of the previous president’s foreign policies, and our land border has been shut for almost a year as a consequence of his domestic incompetence. The opportunity cost of half a decade’s missing climate, trade and peace deals is immeasurable.

We did pass the test, but barely – and only because of last-minute, all-hands-on-deck panic manoeuvres by the Trudeau government: renegotiating the North American Free Trade Agreement at speed without significant loss of advantage; urgent, multiple-front diplomacy to tamp down other punishments contemplated by the President. Another four years, or a global conflict, could have been ruinous.

Canada has learned two things: First, other mid-sized powers won’t bail us out. Ottawa initially responded to America’s dark turn by forging new alliances with the dwindling bloc of functioning liberal democracies – the Alliance for Multilateralism in diplomacy, the Ottawa Group in trade. In recent weeks, Europeans have suggested that such blocs, with the addition of a restored United States, could be a “Marshall Plan for democracy.”

But the fact that these blocs are only fully effective with the United States on board shows their weakness as an alternative. The U.S. accounts for three-quarters of Canada’s trade economy, and much of its institutional strength. As Britain has painfully learned in its post-Brexit months, you can’t simply replace your dominant trade and political partner with a hodgepodge of alternatives and expect the same result.

Second, our most effective long-term defence against U.S. retreat comes through the judo move of deeper North American integration.

While it remains worthwhile for Canada to keep diversifying its trade, political, and especially defence and intelligence ties beyond Washington, what will protect us most from another period of U.S. extremism and isolationism – paradoxically – will be deeper and more comprehensive connection of our intertwined populations and economies.

The previous U.S. president was able to threaten Canada’s entire standard of living simply by grasping the single lever of NAFTA. That’s because such a large part of our relations, from a president’s vantage point, are reduced to this very limited trade agreement, easily cancelled with an executive order and appearing to affect only certain sectors of U.S. economy and life.

Which brings us to another lesson from Britain’s half-decade-long European Union exit odyssey: Plunging your country into isolation is much, much harder when not just your goods and services, but also your populations, labour forces and institutions, are tightly integrated. In fact, it probably means that no country will seriously try to leave the EU again for decades.

Before Americans were plunged into crisis in late 2016, deeper North American integration was a major summit agenda item and long-term policy goal in Ottawa and Washington; it can be resumed now that Democrats have whole-government control. No, it doesn’t mean harmonizing our politics – Americans might still reject our pipelines, and we might not join their wars.

But turning the post-pandemic Canada-U.S. border into an EU-style one with free movement of labour and residency; linking carbon-pricing mechanisms and emissions controls into a continental institution; harmonizing standards, regulations and practices under shared administrative and political institutions – these would improve livelihoods for Canadians and Americans alike, not just corporations.

But they’d also greatly raise the cost of withdrawal for a future rogue president or extremist-led Congress. To punish Canada would entail pulling a lot more levers, with painful effects upon swaths of the U.S. electorate.

As Canada continues to expand its population – and therefore its market share and institutional clout – through smart immigration policies, it will gain more independence and resistance to the political tides of the Americans. But we will also build a strong defence by weaving ourselves more inextricably into the fabric of their country. 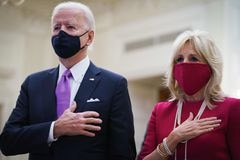 Opinion
A decade after the Arab Spring, we can see how we failed it
Subscriber content
January 21, 2021 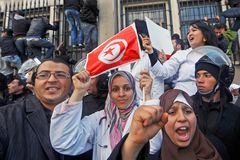 Opinion
On Wednesday the U.S. turned liberal, and Republicans got lost in the woods
Subscriber content
January 8, 2021 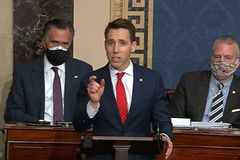