Bob Rae
Contributed to The Globe and Mail
Published December 9, 2019 Updated December 10, 2019
Comments
Please log in to listen to this story. Also available in French and Mandarin. Log In Create Free Account

Bob Rae is special envoy to Myanmar, professor of public policy at the Munk School, and senior counsel to OKT LLP. He was Ontario’s 21st premier.

When Richard Nixon and Pierre Elliott Trudeau – two very different politicians – made the decision to open diplomatic relations with the Communist government in China in the 1970s, they did not do so because they were under any illusions about the nature of the Chinese government. It was not a love affair based on some notion that China was democratic in any meaningful sense or that it recognized human rights as being fundamental, or that it was on an inexorable path to the rule of law as most in the West understand that phrase.

No, it was based on a different set of calculations altogether: A population that large could not be ignored.

Hostility to a tough dictatorship did not have to lead to isolation. Did the recognition of Communist China imply indifference to the rights of its people? Not at all. Did it signal some kind of alliance with China? Not in the slightest.

Since those historic decisions, much has changed, and some things have not. China’s political and economic model has shifted at least twice since the end of the Maoist era. Deng Xiaoping embraced markets and a dramatic opening to commerce, an approach that has led to a deep economic and social revolution in China, lifting hundreds of millions out of poverty. But, despite the embrace of key elements of capitalism, the ruling party of China has not embraced the basic foundations of liberal democracy. It remains a dictatorship, with clear signs that more power is being assumed by President Xi Jinping. There is a brittleness and, it must be said, a brutality that has not been seen in recent history. And it all comes with an extraordinary sensitivity to criticism for their conduct.

When Canada received a formal request from the U.S. government to extradite Meng Wanzhou, the chief financial officer of the major Chinese tech firm Huawei, authorities quickly arrested her. While she was released on bail with certain conditions to prevent her from leaving Canada, the Chinese government responded vociferously: Two Canadian citizens, Michael Kovrig and Michael Spavor, were arrested, living in harsh conditions with very limited access to visitors. This week marks the one-year anniversary of their imprisonment.

Beijing has taken other arbitrary measures that have been directly harmful to Canadian interests. Bans on pork and beef products have only recently been lifted and restrictions remain on canola exports. Western farmers are struggling as a result.

Chinese citizens, too, have been treated harshly. Political dissidents are jailed. China’s promise to the international community to maintain “one country with two systems” is in such a fragile state that millions continue to take to the streets in Hong Kong. And recently released internal Chinese documents show that the quest for “ethnic homogeneity” in the Xinjiang province has played an important role in policy around the Uyghur population, which is being subjected to systematic incarceration in the name of “re-education."

There’s a clear parallel with the oppression of the Uyghurs and that of the Rohingya by the Myanmar army and civil authorities under the claim that they’re “foreigners." Indeed, as Aung San Suu Kyi defends her country before the International Court of Justice in The Hague this week in the face of allegations of genocidal treatment of the Rohingya, China describes the proceeding as “foreign interference.”

It is clear that what is being challenged is the architecture of international law that has steadily evolved over the centuries, which China and Myanmar see as an expression of Western imperialism. We need to understand the deep significance of the shift in the balance of power from Europe and America to Asia more broadly and to China in particular. Canada faces two imperatives – the need to maintain our deep commitment to human rights, the rule of law and our own freedom to speak the truth, and at the same time to practise a diplomacy that engages with adversaries and attempts to find solutions to intractable conflicts.

The marriage between principle and pragmatism has never been an easy one. But it is a marriage that is inescapable. Washington’s request for extradition could not be ignored. But Canada must be vigilant in ensuring that all the justifications for this request meet the necessary legal tests, while continuing to insist that our own citizens are released in China, and treated with humanity and fairness.

This week’s hearing in The Hague marks the beginning of an important test of the meaning of the phrase “the rule of law” – but that phrase is being tested every day around the world. The frustration that justice is elusive is no reason to stop pursuing it. Nor should we succumb to thinking that diplomacy and negotiation can play no part in enforcing it in our efforts to deal with the injustice of what is being done to Canadians in China. 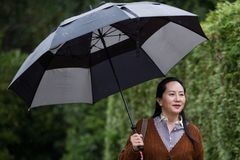 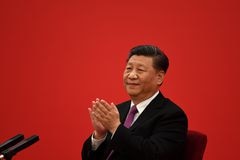 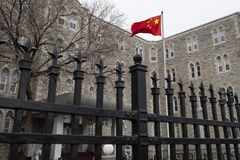