The nations of the world have only 12 years left to save the Earth from catastrophic global warming.

That’s just one of the doom-laden messages emanating from the latest UN climate summit, which limps to an end in Poland this weekend. The mood was in stark contrast to the giddy days of Paris 2015, when everyone congratulated themselves on agreeing to save the world. This time, the message was that the planet is pretty much doomed and the deadline to save it is right around the corner.

The purpose of the Polish summit was to finalize the rules that signatories of the Paris accord are supposed to follow when they report their greenhouse gas emissions. But any sentient being knows that the rules are not the problem. The problem is that most major nations, including Canada, have no feasible plan to meet their climate targets. Canada, for example, has promised a 30-per-cent reduction below 2005 levels by 2030.And if you believe we can do that, you probably believe pigs can fly. Even so, those targets are not nearly ambitious enough to slow down climate change, the UN says.For that to happen, we’d have to shut down the modern world as we know it.

For now – and for a long time to come – decoupling prosperity from fossil fuels will be all but impossible. That’s why China, which is widely hailed as a renewable-energy leader,has been building coal plants by the dozens. Like most other countries, it needs to get richer before it gets greener. China is so big that anything Canada does to cut down on greenhouse gas emissions is irrelevant. China’s annual increase in carbon emissions is about the same as Canada’s entire annual carbon output.

The Number One reason that makes climate change hard to act on is that the world still needs cheap oil to prosper, and that will be the case for decades to come. The International Energy Agency, a highly credible forecaster, projects that world oil demand won’t stop growing until 2040 – a decade after the alleged drop-dead date to keep the Earth’s temperature from rising by more than 1.5 degrees.

Embarrassingly – for Prime Minister Justin Trudeau, at any rate – Canada’s performance is rated as “highly insufficient” by Climate Action Tracker, an outfit that monitors these things. He plans to fix this through carbon taxes, which are set to start next year.But according to a United Nations scientific panel, our carbon taxes will be too low to have any impact on behaviour. The UN report estimates that governments would need to impose carbon prices of US$135 to US$5,500 per tonne of emissionsto keep global warming in check – levels that are politically impossible. By contrast, Canada’s carbon tax will start at $20 per tonne and rise to $50 by 2022. At best it will be an ineffective nuisance.

The other problem with carbon taxes is how unpopular they are. The fuel-tax rioters trying to burn down Paris are a case in point.In deep-blue Washington State, voters turned down a carbon tax, twice. In Australia, voters turfed the government that brought one in.

Mr. Trudeau plans to address this question by making his carbon tax revenue-neutral, so that taxpayers will get back the same amount they’ve paid. Only it won’t exactly work that way. A revenue-neutral carbon tax tends not to remain one. It is too tempting a stream of money for governments to ignore. Experts have found that British Columbia’s widely praised tax used to be revenue neutral, but thanks to the current NDP government it isn’t any more. Justin Trudeau’s tax won’t be revenue-neutral either. It will be redistributive, and it will also siphon off a portion of the take for the government’s pet climate-change projects.

The truth is that despite decades of fear-mongering from the UN and other groups, most voters rank environmental issues as quite far down on their list of concerns. This makes sense if they figure there’s nothing we can do about it. It also makes sense if you are among the large number of Canadians (nearly one in three) who are not convinced that climate change is caused by human and industrial activity.

So, what should we do about climate change? Making investments in new technologies is probably sensible (carbon capture and storage, cheap renewables) along with investments into ways that will make old technologies more efficient. Plan to invest in measures to offset the worst effects of climate change, once we figure out what they are. Develop a healthy skepticism for people who warn that the seas will boil and the tides will rise and sweep us all away. Remember that the Malthusians have been wrong about the fate of the Earth for the past hundred years. I expect that this time will be no different.

Editor’s note: Canada’s carbon tax will start at $20 per tonne in 2019. This version has been updated with the correct figures. 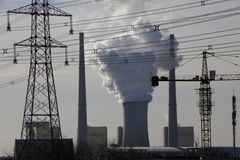 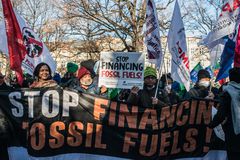 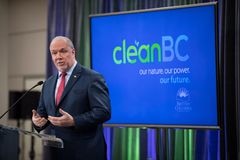