Dean Beeby is an Ottawa-based independent journalist, author and a specialist on freedom of information. Justin Ling is a freelance investigative journalist. James L. Turk is the director of the Centre for Free Expression at Ryerson University. Wesley Wark is a senior fellow at the Centre for International Governance Innovation.

The Treasury Board is quietly conducting a long-promised review of the Access to Information Act, which governs how Canadians can obtain records held by the government. Unfortunately, these consultations appear to be more of a public relations exercise than a serious effort to improve Canadians’ right to access.

The original act dates to 1983 and has barely changed since then. It has not kept up with the advent of the internet, nor have fundamental weaknesses been fixed. Changes made by the Trudeau government in recent years have failed to fully open promised classes of records and have not advanced pro-active publication as far as needed.

Today, we have an access-to-information system in name only. A lack of firm timelines means requests regularly stretch on for months, if not years. Broad exemptions mean crucial information is withheld from the public. A culture of secrecy in many departments undermines the act almost entirely. The Office of the Information Commissioner is underresourced to handle the deluge of complaints.

The current review process is not going to fix all that. Unlike in past consultations, the Treasury Board is not releasing any kind of green paper or other consultative document to chart a course for the reforms, nor has the government sought independent expert advice.

A green paper is essential to capturing and conveying the essence of the innumerable public reports on problems with the system, which go back decades. Drawing on outside experts is equally important for any real reform agenda, especially one that might return the Canadian government to an equal footing with many allied jurisdictions. Canada was an early entrant into the arena of freedom of information; now we are a disappointing laggard.

Reform and revitalization of the Access to Information regime must include significant legislative changes, but must also consider the ecosystem in which it operates.

Some records are completely excluded at present, such as Cabinet confidences. These should be brought under the act, with appropriate restrictions so disputes over access to them can be adjudicated by the Information Commissioner. In addition, information practices are changing in government with ever greater reliance on text messaging, verbal briefings and other transitory material. The act should oblige all government agencies to properly document their decision-making processes and retain these records.

Equally important, a real public-interest override clause must be added, with an oversight role for the Information Commissioner.

There needs to be a declassification regime for all government records. Other governments declassify documents after 30 years or less: Canadians are lucky if these files are ever released. Library and Archives Canada, in particular, should play a role in receiving such records and educating Canadians on their importance.

Once processed and released to an individual requester, the information in question should be made publicly available on a consolidated and searchable government database, including both the metadata about the record and the record itself. We should do away with the wasteful cycle of returning records back into the hands of departmental gatekeepers after every request is fulfilled.

These measures need to be accompanied by a major change in culture within government, including a lowering of the walls of secrecy and an alignment between the Access to Information Act and the principles that underscored the National Security Transparency Commitment promised by the Liberal government in 2017.

A broken access system wastes government resources, does not serve Canadians and does not illuminate our governance history and practice. But it is not yet beyond salvation. The Treasury Board review needs to embrace a bold vision for the future and make a deep change to the legislation and administration of the act. 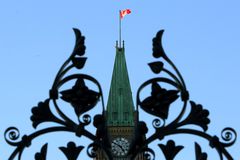 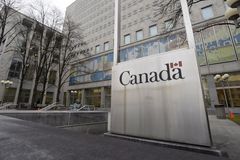 Information watchdog calls for offices of PM, ministers to be included under Access to Information Act
Subscriber content
January 12, 2021 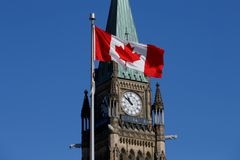