The Entrance Wall at Harvard’s law school highlights three historical quotations. Sandwiched between words from Saint Augustin and the Magna Carta is the Koranic verse: “O ye who believe! Stand out firmly for justice, as witnesses to Allah, even as against yourselves, or your parents, or your kin, and whether it be (against) rich or poor: For Allah can best protect both.”

It is a reminder to aspire to the highest standards of justice, rather than the mindset of “my tribe, right or wrong.”

The Koran further describes the many insults and lies directed at Prophet Mohammed during his lifetime. His response to the humiliation, false accusations and physical attacks was based on patience and mercy. On a few occasions, his followers wanted to kill the blasphemers; he forbade it.

Which brings us to the shameful case of Aasiya Noreen (Asia Bibi), a Pakistani Christian woman who was acquitted on charges of blasphemy by Pakistan’s Supreme Court. In late January, the Supreme Court rejected an appeal, paving the way for her to leave Pakistan because of security concerns. Canada has said it is willing to offer her asylum, and her lawyer said on Wednesday she is already here.

In 2009, Asia Bibi was harvesting berries with a group of labourers. During a break, she reportedly brought water to two Muslim women who refused her offer because the glass had been touched by a Christian. A heated argument ensued; the two Muslim women relayed to their Koran teacher that Ms. Bibi had insulted Prophet Mohammed.

The teacher’s husband summoned Ms. Bibi in front of a hostile crowd to explain her actions. An official complaint was filed with the police.

In spite of offering to swear her denial of the accusations on the Bible and emphasizing her respect for Prophet Mohammed, Ms. Bibi was sentenced to death in 2010 and imprisoned. Her appeal was rejected by the Lahore High Court. During her eight years of incarceration, Pakistan’s minister of minorities, Shahbaz Bhatti, and Punjab governor Salmaan Taseer were assassinated for seeking her release, fighting for the rights of non-Muslims and opposing Pakistan’s blasphemy laws.

Death threats forced her family to go into hiding. A cleric offered a large bounty for her murder. Threats were levelled against those who publicly questioned the country’s blasphemy laws.

These laws were initially designed by the British to keep peace between religious communities in the Indian subcontinent. In 1986, Pakistan’s parliament added the death penalty for the specific act of blasphemy against Prophet Muhammad, joining Saudi Arabia. During the previous 60 years, only seven blasphemy cases had been registered; between 1986 and 2015, 1,335 cases were recorded, most of which were against Muslims.

The Supreme Court decision noted that these laws have been abused to settle personal scores. Innocent people have been harmed or killed, simply based on false accusations or rumours of blasphemy.

The spectre of mob mentality came to fruition after the Supreme Court’s principled decision to acquit Ms. Bibi in November. The judgment was based on inconsistencies in the testimony by witnesses and outright perjury by the two Muslim women. The country was paralyzed for days as religious extremists protested against the acquittal, calling for the death of Ms. Bibi, her lawyer and the judges – in defense of Prophet Mohammed, who the Koran describes as “a mercy to mankind.” The situation would be ironic if it wasn’t so blatantly antithetical to Islamic teachings.

The Supreme Court’s written decision reminds Muslims of their duty to protect religious minorities. It also refers to the Prophet’s covenant with the Monks of Mount Sinai around 630 AD – a universal and eternal charter that declared Christians to be allies of the Prophet, who equated their ill-treatment with violation of God’s covenant.

While many in Pakistan have called for internal reflection, Canadian Muslims can demonstrate the spirit of mercy and compassion that was the hallmark of the Prophet by offering support to Ms. Bibi and her family.

This mother of five, a simple labourer, languished in prison for nearly 10 years while angry mobs called for her death. It all began with a kind gesture, which was rejected by religious chauvinism.

Canadian Muslims are blessed to live in a country that honours religious freedoms. We are living proof that, given an opportunity to live where our rights and freedoms are protected, we thrive.

We must, then, offer our full support to Ms. Bibi. And we must engage with our Pakistani brethren to demonstrate the importance of protecting minority rights. The best way to defend Prophet Mohammed is to follow his example. Let that be the foundation of re-examining Pakistan’s blasphemy laws that have led to so much injustice, brutality and death. 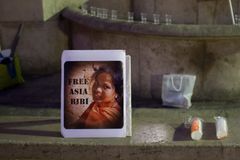 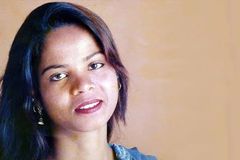 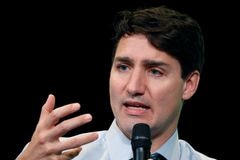