Prime Minister Justin Trudeau’s government is working furiously to offset potentially disastrous consequences of U.S. President Donald Trump’s “America First” reworking of NAFTA, but that’s not even the half of our problems. Trump’s trade dispute with China – a bloody war of attrition between the globe’s two largest economies – could cripple the buying power of a crucial customer of Canadian food and resource exports.

Many people I spoke with this summer in China readily acknowledged that the United States’ tactics are justified, because Washington’s claims about China’s unfair trade practices and coercive or illegal acquisition of U.S. technology are fully valid.

There is a consensus among many Chinese that President Xi Jinping and his predecessors have caused China to seriously lose face, especially now that the United States has exposed Beijing’s dishonourable trade policies. This violates the core Confucian teaching that upholding honesty and openness is the mark of cultured, upright government officials.

Washington demands that China take immediate, radical action to comply with World Trade Organization commitments if it expects the United States to lift crushing tariffs on Chinese imports. No more half measures or hazy promises, as proffered to U.S. presidents so many times before. With China’s economy much more dependent on trade with the United States than vice versa, Mr. Trump has the upper hand.

For Mr. Xi, who has invested much of his regime’s legitimacy in his own charisma, this is bad news. During his five years of power, he has dismissed previous Communist Party leaders as weak and ineffective. Mr. Xi promises to make China great again by eliminating government corruption and waste, and unifying the country on a mission to displace the United States as the world’s dominant power by 2050.

But more and more Chinese are disenchanted with Mr. Xi’s policies. While some are pleased to see corrupt officials get brutal comeuppance (especially factions that rival Mr. Xi’s grip on power), party officials continue to enjoy enormous privilege: luxury housing, generous pensions, free medical care in world-class hospitals and special shops where it is assured that food and medicines are not dangerous because of payoffs to government regulators or unaccountable local leaders.

Mr. Xi’s concept of national common purpose and social cohesion is being implemented by strengthening the surveillance state and banning liberal democratic discourse in universities and in social media. Cultural and religious rights are fiercely suppressed and a 40-year plan to assimilate the Uyghur population has led to internment camps that incarcerate hundreds of thousands of innocents in horrendous conditions.

Moreover, state TV features endless items about Beijing-funded pipelines and ports in Pakistan and Sri Lanka; bridges and sports stadiums in South Asia, South America and Africa; railways to Russia; and massive land reclamation schemes on reefs in the South China Sea. This massive infrastructure tightens China’s global influence as part and parcel of the “One Belt One Road” initiative. Earlier this year, the ratings agency Fitch reported that an incomprehensible US$900-billion worth of projects are planned or under way. Chinese people recognize these projects are more about geopolitics than economic feasibility, and there is fear that China will lose even more face if unrealistic claims of global domination wither in the face of financial reality.

What Chinese people want is a country that invests in health care and education, and a desperately needed social welfare safety net. This will help the vast majority of the population who remain poor and insecure while the political elite enjoys untold wealth (often used to acquire Canadian real estate). Chinese people, increasingly fed up with unaccountable rule by a leader for life, deserve better.

There is no small irony if the Washington’s trade war brings Beijing into compliance with globally accepted practices, but regardless, both Canada and China could be in for a rough economic ride so long as Mr. Trump remains President of the United States.

Opinion
It’s time for the Trudeau government to move past its errors and post some wins in foreign policy
August 13, 2018 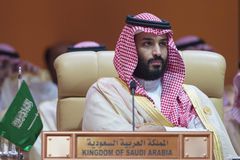 Opinion
Canada-Saudi rift: The next steps forward for Ottawa
August 14, 2018 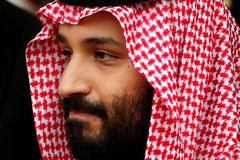 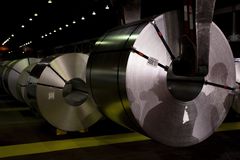