Craig Damian Smith is the associate director of the Global Migration Lab at the Munk School of Global Affairs and Public Policy and a research affiliate at the Centre for Refugee Studies at York University in Toronto.

On June 20, World Refugee Day, the United Nations High Commissioner for Refugees (UNHCR) announced that Canada now resettles more refugees than any other country – 28,100 in 2018. Canadian media were quick to pick up the story, and the government accepted the praise without caveat.

Prime Minister Justin Trudeau’s Refugee Day statement concluded: “Those of us who are more fortunate share a responsibility to help [people] find refuge and build a new life. That’s why we’ll continue to come to the aid of the most vulnerable, to show openness and to choose compassion – the foundation for a stronger Canada, and a better world.”

Canadians should be proud, particularly in light of global trends to close borders, narrow access to asylum, partner with authoritarian regimes and criminalize humanitarian organizations.

But our distinction is tempered by three facts. First, we haven’t drastically increased resettlement. Rather, we meet obligations while other countries close their doors. In 2018, the international community resettled fewer than 92,000 of the 1.2 million people in urgent need – less than half the number resettled in 2016, and just 0.35 per cent of the global population of 26 million refugees.

Second, privately sponsored refugees now account for two-thirds of resettlement to Canada, many of whom are de facto family reunification. This is an inversion of the preceding 25 years when most were government-assisted refugees, who are recommended by the UNHCR based on urgent need. Understood in this light, the United States arguably resettles more of the most vulnerable than Canada.

Third, we largely ignore our own hemisphere, which is now a front line in the struggle between international protection and reactionary controls.

Northern Central America (El Salvador, Guatemala, and Honduras) is the site of the world’s fastest-growing displacement crisis. Staggering homicide rates, climate change, resource extraction and oppression of Indigenous peoples have created 311,000 asylum seekers. Hundreds of thousands more are internally displaced. The UN predicts almost 540,000 people of concern by 2020. Shockingly, resettlement from the region fell to 743 in 2018 from 814 persons in 2017.

Canada has done little to help. Our development aid is paltry in comparison to other refugee-generating regions. Corruption, lack of co-operation and weak capacity make it doubtful that more money would solve the root causes of displacement. The region hosts the world’s most urbanized displaced population, making humanitarian-aid delivery difficult.

These dynamics also make it challenging to identify people for resettlement. However, a new mechanism under the Global Compact on Refugees, the Protection Transfer Arrangement (PTA), seeks to overcome barriers. Seven hundred and eighty-five vulnerable people were recommended for resettlement since 2016, 150 of whom were resettled to the United States. Canada accepted 11 people in 2017, and zero in 2018.

The absence of safe pathways pushes people to desperate journeys. While some remain in neighbouring countries, most head toward the United States. Those who make it face incarceration in squalid, overcrowded detention centres. Six children have died in custody in the past year. Militarization of the border, “metering” of asylum claimants and deals with Mexico and Guatemala push people back and deter them from arriving. They trap people in poor areas, push them into the hands of cartels, generate profits for traffickers and foster public backlash.

Six days after Refugee Day, the world was confronted with another image of a dead migrant child, this time closer to home in the Rio Grande at Texas. Yet, the senseless death of Oscar Martinez Ramirez and his daughter, Valeria, has generated more anger at U.S. President Donald Trump than discussion about Canada’s options.

The Liberals are in a difficult position. Ottawa has resisted calling out U.S. practices, despite demands from legal experts, academics and groups such as Amnesty International and the Canadian Council for Refugees to stop recognizing the United States as a safe country for refugees.

On Monday, the United States announced it would virtually eliminate access to asylum for Central Americans. The policy will likely be blocked by federal courts, and would require Guatemala and Mexico to accept the impossible task of processing tens of thousands of asylum claims. The point for Canada is that Trump administration policies are diametrically opposed to our government’s moral and political positions.

But ending the Safe Third Country Agreement risks more asylum claims at our border, which would play into the Conservatives’ hand before the coming federal election. On the other side of the coin, the Prime Minister’s Office must consider that resettling large numbers from transit countries such as Mexico could be construed as abetting U.S. policies.

Both concerns can be addressed by resettling people from further upstream. The UNHCR expects 2,160 persons will need resettlement through the PTA in 2020. This would be manageable, show Canada is serious about protecting the most vulnerable, and bolster the Global Compact.

Voters have proven they can influence resettlement, particularly during an election. The photo of drowned Syrian boy Alan Kurdi was pivotal in galvanizing Canadians’ resolve in 2015. Unlike then, when we scrambled to welcome Syrians, we have recent experience in mobilizing volunteer and settlement sector capacity.

Central America needs help, and our government needs a nudge.

Most migrants at U.S.-Mexico border would be denied asylum protections under new Trump rule
July 16, 2019 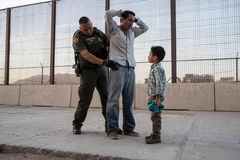 Opinion
In the knot of reasons migrants are fleeing Central America, there seems to be a Canadian thread
Subscriber content
July 12, 2019 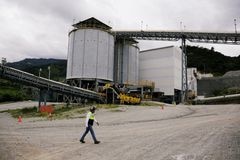 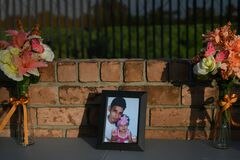