Daniel Bear is a professor of criminal justice at the School of Social and Community Services, Humber Institute of Technology and Advanced Learning.

After 15 years studying, working and teaching in drugs policy, there aren’t many policy questions where I’m unsure of what pathway is best to meet the difficult balance of personal liberty and community well-being. But, in one area, I remain torn: When we legalize and regulate cannabis in Canada, how should it be sold?

Ontario’s Progressive Conservative government is expected to announce this week that the province will abandon its predecessor’s plan to sell cannabis at government-run retail stores, and instead allow privately owned dispensaries. The available information suggests the government-owned Ontario Cannabis Store will become the provincial wholesaler and sole point for online sales. This is a bold step and is being hailed by many in the cannabis industry. There will be many challenges making this new vision happen ahead of Oct. 17.

There are many reasons to support this move to private dispensaries. With a balanced regulatory framework, there is no reason they won’t be able to operate an effective seed-to-sale tracking system, abide by reasonable limits on marketing and fit in to the public health goals of legalization. The advice for people using cannabis edibles is, ‘start low, go slow’. We’ll do well to follow that advice with cannabis legalization in general.

One of the goals of legalization is to eliminate the black market for cannabis, but Ontario had only announced that four retail locations would be available on legalization day, with a plan to have 40 locations in the first year and 150 locations by 2020. The state of Colorado has about one-third the population of Ontario, and when they legalized cannabis in 2014, they started with 147 dispensaries. There are now more than 500.

But Colorado’s isn’t necessarily a model we want to follow. Loose regulations allowed profit-hungry dispensaries to explode in numbers, using marketing and branding techniques designed to encourage use. Buzz Cola, Stony Mountain Root Beer and other cannabis-infused sodas were just one example of the Wild West approach that benefited entrepreneurs, but didn’t support a public health model.

Our Canadian legalization push is based on a public health model, and this is where the argument for government-run stores is the strongest. Cannabis is only minimally harmful, far less so than alcohol or tobacco, but nonetheless a public health approach to legalization requires we take every effort to address and reduce those minimal harms. It is far easier to take this approach now and expand access later, than to try and put the genie back in the bottle.

The research is pretty well established that increasing the price and limiting access to alcohol and tobacco are helpful in reducing problematic use. Alcohol retail monopolies in Sweden and several U.S. states are associated with reduced overall consumption, reduced traffic accidents and lower crime rates. If the government only controls the wholesale of alcohol and leaves retail to private businesses, these effects largely disappear.

Provincial alcohol monopolies have used a combination of high prices, limited hours and other tactics to limit the damage from alcohol. That said, surveys have found the public is keen to move past this system, and the monopolies are part of the reason why inter-provincial trade in spirits has been so hampered.

The decision to maintain provincial control over cannabis retail could easily be seen as a cash grab. The provincial Liquor Control Board of Ontario returned a dividend of $2-billion to the provincial coffers last year on revenues of just more than $5-billion. During the same period, Statistics Canada reported that five million Canadians purchased cannabis, generating revenues of more than $5-billion. The potential to generate another stream of revenue for the province is certainly enticing, and was buttressed by the public health paradigm of legalization.

So why am I torn? Because I really want to see legalization work well. The prohibition of cannabis has caused significant harm, and this is a once-in-a-lifetime opportunity to reverse 100 years of failed policy. The monopoly approach wasn’t ideal. I saw its value, and hoped it would be a good first step that eased us in to a legalized framework. While such a model was probably too restrictive given the minimal harms of cannabis, my fear is that if we expand access without effective controls, we’ll experience some negative outcomes that will be used to thwart legalization efforts in other countries. Russia, China and the United States are dead set against legalization; we need to have an unimpeachable record post-legalization if we’re to be the vanguard of a long overdue reform to how the world deals with cannabis. 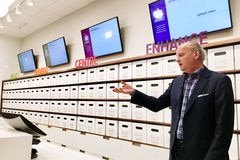 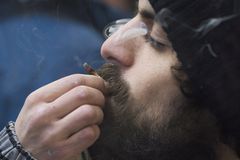 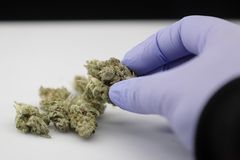