A former CSIS analyst, Jessica Davis is the president and principal consultant at Insight Threat Intelligence

The terrorist attack in New Zealand that claimed 50 lives and injured another 50 people was one in a series of attacks perpetrated in recent years by right-wing terrorists. Despite this fact, Canada (and the international community) has yet to respond to this threat in a meaningful way. To do so, Canada must make several fundamental changes to the way that it addresses right-wing extremism and violence.

Unfortunately, Canada has a natural leadership role in this space in part because our country has experienced several right-wing terrorist attacks: the 2014 murder of 3 RCMP officers, the 2017 Quebec mosque shooting, and (arguably) the 2018 van attack in Toronto, to name three. Some of these attacks have, and may yet, serve as inspiration for others in Canada and abroad.

Canada must be clear and unequivocal about what this type of violence constitutes: terrorism. Attacks targeting groups of people based on their collective identity, for the purpose of affecting change in their behaviour or advancing a political agenda, fits well within most definitions of terrorism, including Canada’s. Terminology matters here in part because it is how investigative resources are allocated in Canada. CSIS does not have a mandate to investigate hate, but it does have a mandate to investigate terrorism.

New Zealand shootings: What we know so far about the attacks in Christchurch

I focus on the role that CSIS has to play in combatting right-wing extremism and violence because the service only reopened its investigation into right-wing extremism in 2017, and it is unclear what resources it has dedicated to this issue. Yet CSIS has extensive investigative and analytic expertise that it can bring to bear on this transnational and amorphous threat. According to a 2017-2018 Security Intelligence Review Committee report, CSIS described the violence associated with right-wing extremism as “usually infrequent, unplanned, and opportunistic, and is carried out by individuals rather than groups.” Fortunately, CSIS has ample experience investigating and analyzing threats of this nature; this description could well be used to describe much of the al-Qaeda and Islamic State extremist violence in Canada since 2014. In all likelihood, more resources could be allocated to the threat posed by right-wing extremism by our law-enforcement and security services. These resources should be assigned proportionally and in line with those that have been assigned to combat the al-Qaeda and Islamic State terrorism threat.

To keep Canada safe from right-wing terrorism, the country needs to undertake a number of difficult tasks. It must monitor radicalizing influences (including online propaganda) and identify individuals who may be taking action on those ideas (mobilizing to violence). Canada also has to continue to support research into far- and extreme-right movements (as Public Safety Canada’s Community Resilience Fund is doing, although more research into right-wing extremism in Canada and abroad could be supported). Working with our international partners will also be critical.

International co-operation and co-ordination is required to tackle right-wing extremism because of its transnational nature. Right-wing extremist ideologies do not stop at borders, and in some cases may be promoted or amplified by state actors or their proxies. This is not a challenge Canada can overcome on its own. While right-wing extremism and terrorism inspired by al-Qaeda and Islamic State have different origins, there are some commonalities that provide a preliminary blueprint for how the international community should respond. In many ways, these threats are analogous, and should be addressed with comparable resources and international co-operation arrangements.

Right-wing extremism (and its violent iteration, terrorism) is particularly important for Canada to address, given the recent protests that have occurred across this country under the auspices of the Yellow Vest movement. On the surface, these protests have been about promoting and protecting pipelines and the oil and gas sector, but they have also been accompanied by deeply disturbing anti-immigration and anti-Muslim rhetoric.

Canadians need to be reassured that the government is taking the threat of right-wing extremism and violence seriously. Equally important, it needs to be made crystal clear to those drawn to extremist propaganda and ideologies that this is unacceptable in Canada.

Canada’s leadership on this issue internationally will be critical. Canada is often considered to “punch above its weight” in the five-eyes arrangement, and it is time for us to do just that again. The threat posed by right-wing extremism has been demonstrated time and time again. Many people have died, and more will if action is not taken. It’s time for an “all hands on deck" approach to the threat. 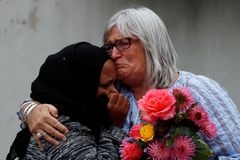 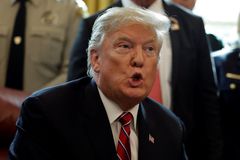 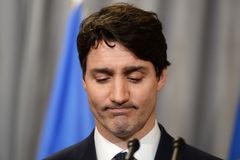