John Packer is the Neuberger-Jesin Professor of International Conflict Resolution at the University of Ottawa’s Faculty of Law.

A cold shower is a good thing. It has the immediate benefit of bringing one to one’s senses.

In that way, Canada benefited this week in full view of the United Nations General Assembly as we lost a long-anticipated vote for one of the two temporary, two-year seats on the UN Security Council.

The result came fairly swiftly and clearly. Canada lost on the first ballot, finishing third behind Norway and Ireland for the two seats available.

The outcome was largely foreseeable, but the decisiveness of the vote is difficult to spin after all the hubris of Prime Minister Justin Trudeau’s touting that “Canada was back” from the dark days of the Conservative government. But when the votes were counted, Canada failed to garner even as many as Stephen Harper government won back in 2010. Whatever assets and advantages Canadian diplomats asserted, and whatever they may have promised, the effort obviously failed. One glaring aspect of the vote is that Canada’s perception of our place in the world does not reflect reality. Reliance on our purported status as a “middle power,” of the “Canadian brand,” of our “soft power” – none of that adds up. We just lost to two small countries each with about one-seventh our population, each less than a quarter of our GDP, neither of which enjoy seats at important clubs such as the G7 and G20 or memberships in the large multilateral organizations of the Commonwealth and La Francophonie.

Canada’s decision to seek a Security Council seat was ill-advised. We started very late – literally a decade after Ireland and nearly a decade after Norway announced their bids. The choice to contest was in itself not a friendly act among allies within the Western Europe and Others Group of UN member states (the regional bloc from which the eventual choice was made). By any assessment, Norway and Ireland also enjoyed advantages given their relative contributions to development assistance, peacekeeping and beyond. Both of our competitors clearly punch above their weight internationally – Norway through its stellar record in development co-operation and genuine leadership in global peacemaking, and Ireland through its outsize efforts leveraged through the force multiplier of its European Union membership.

Perhaps in the happy days following young Mr. Trudeau’s election in 2015 and his subsequent global toasting, there was some attraction in staking the bid. But many have since remarked upon the yawning gap between promise and delivery. While Mr. Trudeau cannot distance himself from this loss, some responsibility inescapably lays with Canada’s novice ambassador at the UN. After all, Canada’s hand was not necessarily a poor one. In real terms, Canada is a top-10 donor for UN Peacekeeping, a top-10 donor for total voluntary contributions, and a top-10 assessed contributor for the regular UN budget. Evidently, we just punched below our weight.

There is much that could be criticized about Canada’s international-development policy, including Ottawa’s recent silence in the face of the Trump administration’s shocking attack on the International Criminal Court and its support for Israel’s effective annexation of occupied territories. Canada’s claims that it stands up for the international rule of law are increasingly seen to hold little water and to be out of step with prevailing global challenges, which demand clarity of thought and determined action. Simply put: For many, Canada does not appear credible.

Perhaps more importantly, Canada placed a great many eggs in the basket of its Security Council bid. As other experts have also argued, this begs a major rethink of our overall foreign policy.

In our complex, interdependent and tumultuous world, preoccupation with purported “top tables” is folly. It is plain that the UN Security Council is presently dysfunctional and necessary reform is certainly not going to happen in the next few years. In fact, the United Nations itself is in trouble, as is the entire Bretton Woods system. By contrast, much is changing beyond the blue flag. Regionalism has substantially progressed, as have other bilateral and multilateral arrangements that address an array of global issues. Canada actually has important standing and could increase its influence in such forums and contexts. There, we could make a difference.

Two years being invested in a frustrating Security Council would have only been a diversion from the work that Canada can do to meet the diverse challenges of our time. We are now free to rethink our policy, redirecting our efforts and resources and pursuing both traditional and novel diplomacy in ways that matter. In this respect, Canada’s failure to win a seat at the Security Council should not be interpreted as a repudiation of Canada as a partner; after all, Norway and Ireland won their seats at least as much as Canada lost. Canada is still within the UN family, and so it will continue to be an important actor and free to act. How we should do so – to maximize our reach so that Canada’s bold leadership will be welcomed and followed around the world – should now be the focus of serious consideration. 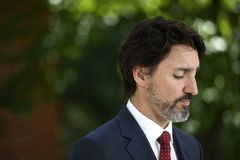 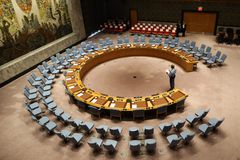 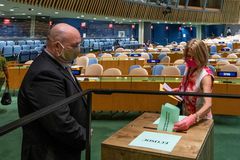