Alex Neve is senior fellow with the University of Ottawa’s graduate school of public and international affairs. Djawid Taheri is an Afghan-Canadian lawyer and community leader in Toronto.

The rapid spiral of political collapse, military capitulation, insecurity, terrorist attacks, international exodus and chaos in Afghanistan have been staggering. Unsurprisingly, it comes up daily on the election trail, as Prime Minister Justin Trudeau and his ministers fend off criticism about Canada’s response, particularly regarding the many Canadians and those with close Canadian connections still trapped in the country.

What we need to hear now – from all parties – is what action they will take going forward, nationally and internationally, to mount an effective response to a precipitously deteriorating human-rights and humanitarian catastrophe. To most Canadians, that is not yet clear.

Much of the world’s focus has been on the pandemonium, violence and desperation at the airport in Kabul, as thousands of individuals, facing serious risks of being targeted by Taliban forces, gathered in hopes of accessing a seat on an evacuation flight.

While the operational challenges were unquestionably formidable, there is widespread disappointment that Canada’s efforts to get people out were not more timely and extensive. Both of us have been involved in trying to arrange routes to safety for individuals and families with close Canadian connections. We have been approached by many people worried about loved ones, colleagues and others in danger because of their past work with Canadian troops and Canadian-funded development projects, family relationships, or efforts to advance women’s equality, build democratic institutions and defend human rights.

In most of those cases it was impossible to get onto a Canadian flight or even just have Canadian assistance to access the airport. For many, e-mails, phone calls and pleas for assistance across three government departments, ministers’ offices and MPs went unanswered or elicited unhelpful boilerplate replies. With no overall point of high-level co-ordination, it was never clear who best to approach.

Now, they are left behind, with most either in hiding or moving from one safehouse to another. We owe them so much more.

This same scenario has played out in other NATO countries as they have scrambled to evacuate people amid an “apparently” unanticipated lightning-quick Taliban takeover. Now that the United States has withdrawn, another key window has closed.

The Taliban has promised people with travel authorization can still leave the country. Canada joined a group of 98 countries in a statement saying, “we will continue issuing travel documentation to designated Afghans, and we have the clear expectation of and commitment from the Taliban that they can travel to our respective countries.”

But Taliban assurances do not have a history of being particularly reliable. Wishful thinking about their intentions does not foster confidence. If anything, recent documented Taliban human-rights abuses underscore that they have not had a change of heart, but rather become more savvy and thus more dangerous.

First, evacuation efforts must continue. There needs to be clarity and transparency as to who will be eligible and how to apply. The process must be streamlined and expeditious, with a view to get people out in a matter of a few months, not years. The refugee resettlement program announced on Aug. 13 does not assist people still trapped in Afghanistan. Refugee resettlement only kicks in for people who have made it to another country. With Taliban forces in control of all land borders, that is a virtual impossibility for most people.

Second, refugee resettlement must be much more generous than the announced goal of 20,000. Neighbouring countries such as Pakistan, already home to almost 1.5 million Afghan refugees, are unlikely to open their borders without assurances that countries such as Canada will significantly share the responsibility. Community groups here in Canada have estimated that need and capacity are such that Canada should commit to resettle 95,000 Afghans. Already it is clear large numbers of Canadians are ready to sponsor Afghan refugees, as we did with Syrians in 2016.

Third, Canada should play a lead role in catalyzing a comprehensive global human-rights and humanitarian response to a crisis that will inevitably continue to deepen. That means substantial money, firm political commitment and extensive diplomatic engagement. We would benefit from the appointment of a respected special envoy to lead our efforts.

None of this was inevitable. Sadly, much of it was entirely foreseeable. Now, we need to hear from leaders as to what they are prepared to do to make it right.

Canada urges 1,250 Canadians in Afghanistan to hide until it can negotiate their safe exit
August 31, 2021 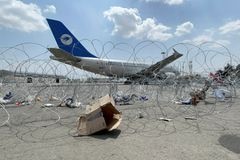 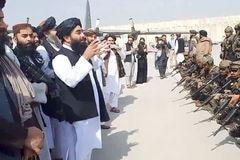 War in Afghanistan might be over but not Biden’s challenges
August 31, 2021 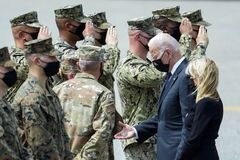