John Fraser is the founding president of the Institute for the Study of the Crown in Canada at Massey College and was honoured this month by a special award from the Michener Foundation for his lifetime service to public-interest journalism. Nathan Tidridge is vice-president of ISCC and teaches at Waterdown District High School. He has recently been awarded the Governor-General’s History Award for excellence in teaching history.

In a little more than a year, the Queen is going to begin celebrating her 70th year on the throne. It also means she will have presided as our head of state for nearly half the history of the country. This achievement is obviously without precedent, and calls for appropriate celebrations are just beginning. But while there are plenty of plans afoot in Britain, we have not heard of anything from Ottawa about what is being mooted in Canada.

Canada has a very special reason to celebrate what will be called the Platinum Jubilee. These anniversary events – such as the Silver Jubilee in 1977 and Golden Jubilee in 2002 – are typically deployed not just to mark the sense of duty and service of a remarkable woman, but also to recognize significant achievements in the community. This has traditionally been done with celebrations at local and national levels and through the awarding of special jubilee medals.

The last time there was a jubilee medal in honour of a royal anniversary was 2012, and since then this country has gone through some extraordinary transformations, including coming to terms with part of our darker history, in particular a national effort to reconcile the country’s relationship with Indigenous peoples. This period also covers a time in which a concentrated attention to address overt and unwitting racism has led to efforts to be a more equitable nation.

We are also in the midst of a pandemic that hopefully will have been conquered by the time the jubilee anniversary begins, and there is a general recognition that key people in many occupations who have been working so diligently to keep us safe deserve to be honoured. These occupations are a microcosm of our country: health workers of all descriptions, but also grocery store shelf stockers and army rescuers, civil servants and foreign agricultural workers, teachers and technology innovators.

So a jubilee – and this particular Platinum Jubilee – is not just about recognizing the extraordinary sense of duty and service of the Queen to Canada, but it is also manifestly about recognizing the service and sacrifice made by so many Canadians. Starting with Queen Victoria’s golden jubilee in 1887 through to the present Queen’s Diamond Jubilee in 2012, Canadians have a long history of coming together to celebrate our communities and each other with these milestone events. In particular, a key part in restoring treaty relationships between the Crown and Indigenous peoples involves understanding the important place the Queen has in ceremonies and diplomacy. Presenting medals from the Crown to Indigenous leaders is a long-established protocol of Canada’s foundational relationships stretching back several centuries.

Seventy years ago, the Queen first came to the throne during a period of accelerating darkness in the Crown-Indigenous relationship, including the tragedy of the still-expanding residential school system. These are events and conditions that we as a people, through our governments and churches, caused to happen and for which we have to take responsibility. The Queen and her viceregal representatives, as the supreme participants in our state ceremonies and protocols, can help atone for and rekindle the treaty relationships that were intended to buttress our society.

In 2018, for example, there was an historic gathering of all the Queen’s Canadian viceregal representatives with Assembly of First Nations National Chief Perry Bellegarde at Her Majesty’s Chapel Royal at Massey College in Toronto. After a moving ceremony, Mr. Bellegarde used his address, the first by a National Chief to an assembly comprised of the governor-general and all the lieutenant-governors and territorial commissioners, to provide a key teaching.

“While the government of the day has a role to operationalize the treaty obligations held by the Crown, the Queen’s representatives are the caretakers and witnesses to this immutable relationship.”

This gathering was an example of the treaty spaces that the Crown needs to inhabit, spaces that could never be filled by politicians hemmed in by election cycles. We now understand how crucial reconciliation is if we want to move forward as a coherent nation, and the coming jubilee offers a unique occasion to place a marker on the progress and keep moving forward.

At the same time, since the Queen’s accession, Canada has played a positive role on the world stage in peacekeeping, in multilateral agreements and sustainable development. We have welcomed hundreds of thousands of immigrants and refugees from all over the globe who have found opportunities for better lives in our peaceable kingdom.

There continue to be heroes in this reality who deserve to be recognized. And then there are our veterans. This Platinum Jubilee will likely be the last time we can say thank you to those living heroes who fought in the Second World War and the Korean War. They fought for King and country and Queen and country, and this would be a wonderful way to honour them and the memory of their comrades.

Thanks to those viceregal roles that were so successfully emblematic two years ago, we have a useful and proven system in place to make this all tangible. With the Queen in her 90s, we cannot expect the sovereign to do the kind of travelling she did throughout most of her life, but this jubilee year of 2022 offers a chance to pay tribute to her life of service and our own continuing evolution. We badly failed during the 150th anniversary year of Confederation in which we tried to gloss over the cracks and pretend everything was hunky-dory. Let’s try and do better this time.

In July, 1990, the intermittently fragile unity of the country was being severely tested in the wake of the rejection of the Meech Lake accord. At that difficult moment, the Queen famously told Canadians, “I’m not just a fair-weather friend, and I’m glad to be here at this sensitive time.”

That remains true today. She’s still with us, and the times continue to be sensitive, but we’ve been offered a remarkable opportunity to take note of the distance we have been trying to travel. And we can also pay tribute to the Queen’s life of service and give thanks for Canada’s own will to survive, evolve and prevail in a troubled world where we are still among its luckiest people.

Queen focuses on hope in Christmas speech; no evidence new COVID-19 variants are in Canada
February 3, 2021 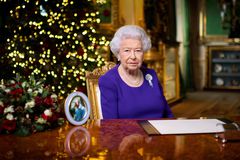 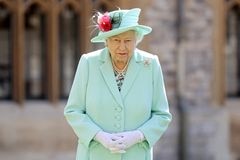 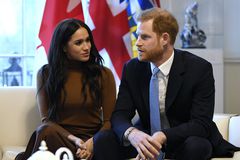