Michael Christie is the author of Greenwood, a new novel about trees, which was recently longlisted for the Scotiabank Giller Prize.

Oh, how I loathe this phrase. How much damage has it already done? How much irrecoverable time has it squandered?

About four billion years ago, the Earth was a hellscape of half-solidified magma, and while I’m no planetary psychoanalyst, I believe it’s reasonable to speculate that it wasn’t worried. Our planet was a big, goopy ball, drifting lazily in space, feeling safe and content. If it didn’t need saving then, why would it now?

The truth is that it’s us who need saving. All 7.6 billion of us.

We have belched enough carbon into the atmosphere to actually alter the climate to which our ancestors perfectly adapted over millions of brutal, hardscrabble years. This carbon is heating our air, acidifying our oceans, supercharging our hurricanes and melting our glaciers and ice caps. According to NASA, we have already raised the average global temperature by 0.8 C since the Industrial Revolution (with two-thirds of this increase happening since 1976, the year of my birth). And if we warp our climate further? Crop yields will falter. Food systems will collapse. Vicious heat waves will kill the weakest among us. Our homes will flood. Our forests will burn. Our oceans will empty of life. And as a result, our children and grandchildren will suffer through lives unrecognizable from our own. Many of them will die miserable, premature deaths, and it will all be our fault.

The planet? It won’t bat a tectonic plate.

This past July was the world’s hottest month ever in recorded history, and next July will most likely be hotter. As politicians pivot unrepentantly from flat-out climate-change denial toward scientifically laughable schemes to manage this threat, or promise bold new initiatives while expanding pipelines with little plan of how our postoil society will actually function, our climate slouches toward disaster.

Although the clock is winding down, there has been a flurry of recent studies all indicating that there is one technology that could save us, or at the very least delay our ruin. A highly advanced, solar-powered automaton, one that captures carbon, protects watersheds, streams and rivers, increases its own mass incrementally each year, prevents soil erosion and desertification, manufactures a wonderfully biodegradable building material and even self-replicates.

They’re also quite fun to climb.

The latest estimate is that there were once six trillion trees on Earth. But after the Industrial Revolution sawed and scorched its way across the landscape, there are now three trillion. This is the climate equivalent of having one of the Earth’s lungs surgically removed and then expecting our atmosphere to run ultramarathons like it once did.

So how will replacing our missing lung save us? Well, trees trap carbon. Lots of carbon. And they will do this for hundreds if not thousands of years.

Canada as a country has already benefited incalculably from its forests, which have provided us with both resource prosperity as well as tourism dollars, not to mention that profound sense of well-being that a walk in the woods invariably yields. And we need more of them.

This is why I propose that we create a national, federally funded tree-planting effort, one that will blanket the country with viable, regionally appropriate trees, and one that will organize any person interested in fighting this war into one unified force.

Why would we do this? Because this is exactly how generations before us responded to their own existential threats: with bold initiatives, with citizen participation, with grit and sacrifice and work and determination. Because the climate emergency is our World War, our Great Depression, and I’m humbly suggesting we do the same. Let’s fight this war together. Not with guns and bullets, but with shovels and saplings.

“We’re much too politically polarized and cynical for this kind of collective effort,” skeptics will say. Well, I was raised in Thunder Bay, Ont., and many of my classmates are either currently working in the pulp and paper industry or are oil-patch workers. They work hard to provide for their families, and have been up to now unfairly demonized, even while they were filling our tanks with gas and our printers with paper. They feel their livelihoods threatened by any criticism of resource extraction, and I get that, but it’s time for people of all political leanings to admit that we need each other. Because it will take every last one of us to win this war.

Ultimately, trees have no political affiliations. They are irrefutably positive organisms, and there is nothing that we will ever build or invent that can do what they do. So can’t we all agree that planting more is an undeniably good thing? Can’t we think of trees as an army, our army, one that will protect our families and our society and our way of life?

“Too expensive!” other naysayers will insist. “And other countries won’t follow suit, our planted trees will be a drop in the climate-change bucket.” Well, Ethiopia, a country with much less material means than Canada, recently planted 224 million trees in a single day. And over the past year, craggy old Scotland has planted 22 million viable trees. So how are these cases for drops in the bucket?

It’s not like we don’t have sufficient numbers of workers to accomplish a large-scale reforestation that could inspire the world. Canada is teeming with foresters and biologists and tree planters. Just imagine how many trees we could actually put into the ground if we tried, and what a point of pride it could be for us all.

Of course, we could always just ignore this emergency by continuing to rage at the calculatedly divisive information that our screens inflict upon us daily. And next Canada Day, we can wave our leafy flags and snap photos of our happy families near our wooded rivers, lakes and ocean shores, believing that we’re the people of the forest, without the guts to actually back this claim up.

Or, we could shut up, step up, lay aside our laziness and our cynicism and our political differences as those great generations did before us, and put some damn trees into the ground.

So please, if this idea strikes a chord with you, post on your Facebook wall, or your Instagram account, or just text it to a few friends (even write it in your private diary for all I care): I’m ready to plant some trees. And hopefully I’ll see you out there someday soon. And by “out there,” I don’t mean while you are holding me at gunpoint as you loot my meagre turnip patch because you and your family haven’t eaten for days. No, I mean at a government funded tree-planting camp. And at the very least we will be able to hold our heads high. Because like those great generations before us, we won’t be hiding from our war, either. 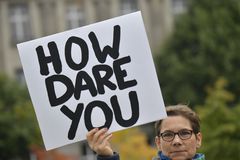 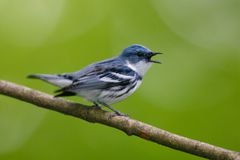