Vijay Sappani is a board member for the Macdonald-Laurier Institute and several Indo-Canadian institutions.

Ever since the country’s independence from the United Kingdom in 1947, India’s farmers have been shielded from the market for their produce. State laws – enabled by a national law – regulated storage and sales of produce and limited the avenues where it could be sold. Farmers have grown used to selling at local markets run by the Agricultural Produce Marketing Committee, with commission agents and other middlemen enabling the farmers, similar to the role real estate agents play in the Canadian housing market.

But in September, India passed three agriculture-reform laws that would create a national framework allowing farmers to sell directly to private players, which is already a reality in many Indian states. And now, afraid that the new laws would end the central government’s agreement to buy produce at a set floor price and leave them entirely at the mercy of the private sector, farmers have blockaded highways and taken to the streets in protest. Negotiations, which are under way, will likely focus on this key issue.

But the discourse surrounding this concern has taken away from the substance of the proposed reforms. Legislative changes often have a way of catching up to reality belatedly. This is one such instance.

Agricultural productivity has always been an issue in India. The industry’s practices remain unviable economically and unsustainable environmentally, and poor infrastructure and excessive regulations prohibit farmers from getting fair prices for their produce. Exposing growers to liberalized agricultural markets has a huge potential to increase farmers’ incomes.

Policy makers had long agreed that there was a need for change. Indeed, many states have already adopted similar reforms. However, the lack of a single-party national majority government since 1989 ensured that the issue was always on the back burner.

India has a history of postindependence union-driven socialist policies, and many have not been updated even seven decades later. Interest groups have resisted change at every stage of liberalization in the country. Virtually every new thing has been attacked, from the entry of brands such as Coca-Cola, IBM, KFC and Walmart to the arrival of cellphones and, more recently, e-commerce platforms.

The proposed September reforms would move India to liberal free-market policies, away from the kinds of socialist market protections that Western countries have long opposed. In fact, these reforms are precisely what Western countries such as Canada have been asking for.

The milk industry offers an object lesson into why India is the world’s largest producer and consumer of milk, but annually each animal only produces a quarter of what its equivalent does in the United States. While government action ensured India is self-sufficient in the production of milk through the support and development of co-operatives, private-sector dairies are now growing faster than the co-operative sector. Private enterprise will have an increasingly important role to play if India’s dairy industry is to modernize and increase production. The same is true for India’s other food, agricultural and farm industries, where an inefficient and cumbersome legal regime has constrained their growth.

Canada, for its part, is one of the world’s largest agricultural producers and exporters, a position that has been achieved with and through the private sector. India – the world’s most populous democracy – lacks a similar global agricultural footprint. Canadian companies, which have extensive knowledge and an understanding of best business practices, will be able to help raise productivity and production in India, thus benefitting both producers and consumers. So amending laws to enable the private sector to flourish is necessary – but if India wishes to grow its economy in the decades to come, it is also inevitable.

This is a great opportunity for the Canadian agricultural and food sector. Canada can help India adopt and form practices that will lead to mutual benefit, both private and public. This makes Prime Minister Justin Trudeau’s recent remarks on the farm reforms perplexing. By appearing to voice support for the protesters, Mr. Trudeau risks further damaging already strained ties with India and losing out on trade opportunities that Canada has aggressively advocated for at the World Trade Organization.

As India continues to emerge and pull hundreds of millions of people out of poverty, it is learning about modern agricultural practices, the importance of the private sector and liberalized free market policies from Canada and the rest of the developed world. Canada, true to our values, should lend a hand to its fellow democracy in that quest. 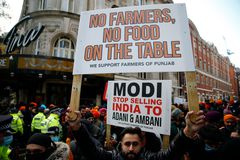 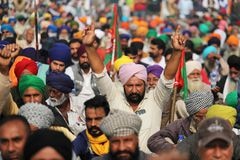 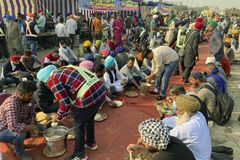