If the Germans weren’t so busy with their own problems, I’d ask them to come up with a word for that feeling you get when the screw-up cousin you’ve always looked down on suddenly lands a great job, a house and a runway-model spouse while you’re left eating ravioli out of a can in a basement apartment. It’s some combination of jealousy, disorientation and sheepishness. How did the smug high ground collapse into Chef Boyardee?

On the whole, Canada has still fared far better than the United States – which we generally like to see as our lesser in most matters of health care – in its handling of the COVID-19 pandemic. Nearly three times as many Americans have died relative to the country’s population than Canadians, and the country was and continues to be swallowed by bizarre partisan battles over mask-wearing and other innocuous mitigation measures. Its former president touted unproven COVID-19 remedies and repeatedly downplayed the risks of the virus, and though some insurers promised to waive co-pays and deductibles – and the Coronavirus Aid, Relief, and Economic Security (CARES) Act covered treatment for uninsured COVID-19 patients – certain loopholes and exemptions have still left some Americans on the hook for hefty medical bills. For the better part of the last year, Canadians could look down on the U.S. pandemic experience with a priggish sense of superiority.

That’s now changing. In a little over a week, all adults in the United States should be eligible to receive a COVID-19 vaccine; eligibility in Canada, meanwhile, hasn’t moved much beyond seniors, health care workers and people with certain health conditions. Around 20 per cent of the U.S. population has been fully vaccinated with two doses or the one-shot Johnson & Johnson vaccine, and the country’s case rate is starting to plateau (though ambitious state reopenings and COVID-19 variants threaten to change that).

Canada, by comparison, has fully vaccinated only about 2 per cent of its population. The National Advisory Committee on Immunization (NACI) still recommends extending dose intervals by up to four months due to supply constraints (with exceptions recently carved out for certain immunocompromised recipients), though the efficacy of a single dose over such a long period is unknown, and some evidence suggests it may wane earlier in elderly individuals. Provinces are again locking down as outbreaks due to variants are spiraling out of control, even though the federal hotel quarantine program was expressly designed to prevent these strains from getting into the country. And if trends continue, Canada will soon have more new daily cases of COVID-19 relative to its population than the United States – a humiliating turn of events (to say nothing of the on-the-ground suffering) for Canadians who have looked to the United States over the last year to make them feel better about this country’s mediocre performance.

Though the U.S.’s accelerated vaccine rollout has much to do with its business and economic infrastructure, the effect of watching our normally delinquent cousins leapfrog us in protecting the health of their citizens should encourage Canadians to reassess the vaunted position we give our health care system. Health care in Canada is normally a sacred cow; proposing alternatives to Canada’s wholly universal system (an anomaly among developed nations, most of which have hybrid public and private systems) comes with the risk of being accused of trying to usher in “American-style” health care. Open a private surgical clinic in Vancouver to relieve wait time pressure on the public system, for instance, and you can find a case before the B.C. Supreme Court decades later.

Indeed, our proximity to the United States – where a cancer diagnosis can mean bankruptcy – functions to numb us to our own problems or make them seem trifling by comparison. But health care in Canada has plenty of serious structural problems. Wait times are the worst among 11 peer nations surveyed by the Commonwealth Fund in 2016; we have among the fewest acute care beds relative to population (roughly two per 1,000 people, according to OECD data), behind the U.S., Germany and France. Hospitals routinely operate over capacity, and yet Canada still spends considerably above the OECD average relative to population on health care – more than Britain, Japan and Australia.

Intensive care units in hospitals across Canada often see 80 to 90 per cent occupancy even in non-pandemic times, which is why just a few hundred people gravely ill with COVID-19 can send a whole provincial health care system into disarray. Provinces still don’t have comprehensive vaccine tracking systems, as were recommended by the SARS Commission nearly two decades ago, nor does the country have a working pandemic alert system.

These problems existed long before the COVID-19 pandemic and they will exist long after. Yet if the pandemic won’t shake us out of our complacency, perhaps the indignity of Canada now being the health-care laggard compared to the United States actually will. The U.S. is slowly getting back to normal, whereas our system is at risk of crumbling under the pressure of the third wave. If nothing else, it should make us realize that our health care cow isn’t so sacred after all.

Opinion
Canada has a vaccine gap. Here’s how to close it
April 7, 2021 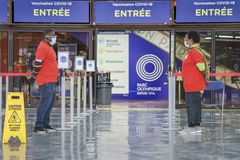 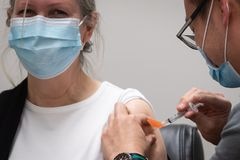 Opinion
Canada is staring at a third wave as the COVID-19 outraces vaccinations
March 30, 2021 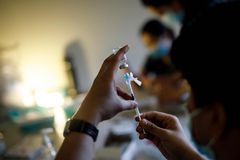