Birth tourism is the name given to the practice of pregnant women travelling to Canada from other countries – predominantly China – to give birth. They do so because children born on Canadian soil automatically become Canadian citizens.

The children, known as passport babies, can eventually benefit from lower university tuition, visa-free travel to many countries, and even sponsor other family members to become citizens. For wealthy Chinese nationals, it’s a golden ticket out of a country with a repressive regime.

But the practice raises the question: Should Canadians hospitals – unwittingly or not – be selling citizenship?

Until recently, birth tourism was viewed as a marginal issue. Statistics Canada reported that, out of 383,315 births in 2016, only 313 babies were born to mothers who don’t live in Canada. But anecdotal reports suggested the real number of passport babies was much higher.

Andrew Griffith, a fellow at the Canadian Global Affairs Institute, did a deep dive into data from the Canadian Institute for Health Information and found there were 3,223 births by non-residents in Canadian hospitals in 2016, excluding Quebec.

Some of those births could be international students or temporary residents working in Canada, but there is no question the large majority travelled with the express purpose of giving birth in this country.

In B.C., Richmond Hospital alone had 453 births by non-resident mothers last year, 23 per cent of all births. Mackenzie Health in Richmond Hill, Ont., had 229 birth tourists, 13.3 per cent of its births.

Birth tourism is not cheap – roughly $60,000, including hospital fees and a three-month stay in a “birth house,” facilities that have sprung up, mostly around hospitals in suburban Vancouver and Toronto.

There are more than two dozen birth houses in Richmond, B.C. alone. Brokers in China widely advertise the benefits of giving birth in the “maple syrup kingdom,” and collect hefty commissions.

Kathleen Ross, president of Doctors of B.C., recently spoke out about the practice, saying it is straining hospital resources and putting doctors in an impossible position.

While it would be unethical for a doctor to not assist a woman giving birth, some, such as Dr. Ross, have been stiffed by clients who didn’t pay. (An obstetrician is paid between $600 and $1,500 for a birth but they must collect privately if a patient is not covered by medicare.)

Hospitals also had problems collecting from birth tourists. The South China Morning Post reported on the case of the “million-dollar baby,” a patient who had a complicated birth and racked up costs totalling $312,595, then skipped town. Last year, Vancouver Coastal Health Authority sued Yai Xia, alleging she now owes $1.2-million with interest dating back to 2012.

Most hospitals now demand upfront payments, ranging from $8,000 to $15,000. Whether the parents pay or not, the passport babies still have Canadian citizenship. Canada is only one of about three dozen countries in the world which grants birthright citizenship – automatic citizenship to anyone born on Canadian soil. This has been the practice since 1947.

The government of Stephen Harper considered changing the law but determined it would result in too many unintended consequences. Canadians generally use birth certificates to access government services; if citizenship was in question, they would require passports, and 40 per cent of Canadians don’t have a passport.

Birth tourism rankles the public because it feels like cheating. Both Liberal MP Joe Peschisolido and Conservative MP Alice Wong have tabled petitions in the Commons demanding change. It’s not a coincidence that they both represent ridings with large immigrant populations. Newcomers appreciate the difficulty obtaining and the privilege of citizenship.

The answer is not to toss out the jus soli (right of the soil) principle that is part of Canada’s heritage, but to address the specific challenge posed by birth tourism.

The way to do that is to adopt visa restrictions – denying visas to women who are coming to Canada expressly to give birth, and to crack down on both brokers and birth houses. We could also go the way of Australia, which modified its laws so that citizenship was granted only if one of the parents was a citizen or permanent resident, or the child lives at least 10 years in the country.

Neither Canadian identity nor the Canadian health system is threatened by birth tourism. The central issue is fair play: Canada should remain a welcoming country but not one whose citizenship is for sale. 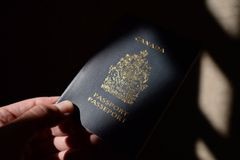 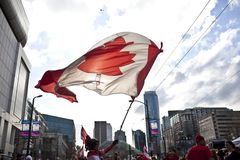 Opinion
Why birthright citizenship matters - to all Canadians
August 28, 2018 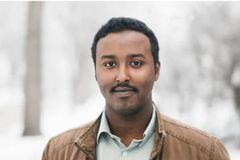