Edin Omanovic is the advocacy director at Privacy International.

Siena Anstis is senior legal adviser at the Citizen Lab.

Last May, writer and activist Mushtaq Ahmed was arrested in Bangladesh’s capital, Dhaka, for criticizing the government’s response to COVID-19 on Facebook. According to his wife, officers from a paramilitary unit arrived in five vehicles at 1:44 in the morning, taking Mr. Ahmed into police custody where he was held without trial up until his death last month.

Together with 10 other cartoonists, journalists and activists, Mr. Ahmed was accused of “spreading rumours and carrying out anti-government activities.” He was charged under the Digital Security Act, a sweeping and repressive law central to a worsening human-rights situation in Bangladesh that has sought to silence critics, students and members of the news media.

Evidence against the accused, taken from devices, messages and Facebook accounts, was collected by the notorious Bangladeshi Rapid Action Battalion (RAB), a government paramilitary force accused of more than 1,200 extrajudicial killings, politically motivated arrests and enforced disappearances. Security forces have continuously covered up these unlawful killings, and the government denies all allegations.

Despite this continuing violence and turmoil in Bangladesh, Global Affairs Canada gave Canadian tech company Octasic approval to sell and export mobile phone spy equipment to the Bangladeshi government, the Toronto Star reported. Separate records show that officers from the RAB had been due to travel to Canada in late 2019 to try out the surveillance gear.

The technology in question, known as “IMSI catchers,” can be used to identify and locate phones, and in some cases intercept messages, although Octasic denied this ability is possible with its model. By enabling authorities to spy on cell phones in a blanket and untargeted manner – covertly and independently of any operator – this technology poses a threat to journalists, protesters and others where security agencies seek to crack down on government critics.

That Ottawa may have sanctioned the export of this technology while the Digital Security Act continues to be exploited is therefore of serious concern. Yet, we are unable to know whether this is in fact the case because such decisions are hidden from public view.

While Octasic’s CEO confirmed that the Canadian government approved the export of IMSI catchers to Bangladesh, and that the technology itself was exported, Global Affairs Canada refused to discuss specific details regarding surveillance exports.

The Canadian government’s resounding silence facilitates one of the features of the surveillance industry that allows it to operate with limited regulation or accountability: secrecy. Canada – when compared with other Western jurisdictions – is particularly tight-lipped on the topic. While the government provides an annual report on the export of Canadian military goods, it excludes “dual-use or other sensitive items” such as surveillance technologies.

This failure to release information cannot be justified on the basis of purported concerns for “commercial confidentiality,” particularly when the company itself openly confirmed an export. It also puts Canada out of step with many other countries: Finland, for example, publicly discloses details about what is being exported, including by which company, the date of the export approval, and the end-user’s country. Switzerland and the United Kingdom, two large arms exporters without a reputation of hostility toward the defence industry, also pro-actively provide reporting on dual-use exports.

Recent agreements within the European Union on its dual-use regulation will push all European exporters toward greater transparency regarding “cyber-surveillance” technology sold abroad, such as the number of applications received per item, the country approving the export, the destination of the export, and decisions taken on export applications.

Addressing the Global Conference for Media Freedom last November, Prime Minister Justin Trudeau rightly said that a “crackdown on the media puts democracy in danger. It puts lives in danger,” before affirming Canada’s commitment to stand up for freedom of the press and expression. With media freedom deteriorating around the world for a decade and 42 journalists murdered for their work last year alone, the urgency of this message cannot be overstated.

An urgently needed contribution would be to ensure that Canada does not equip those responsible for the crackdown with tools enabling them to continue it. At the very least, the first move must be to allow the public to know what decisions are being made by representatives on their behalf.

Transparency is a pillar of democracy. Canada became a State Party to the Arms Trade Treaty in 2019 and, in doing so, integrated specific language into the Canadian Export and Import Permits Act requiring government review of the impact of export-controlled items on human rights.

If Canada intends to abide by its commitments under the Arms Trade Treaty and, more generally, under international human-rights law, transparency regarding export authorizations and denials for surveillance technology, as well as exporting companies, is an important step.

Use of surveillance software to crack down on exam cheating has unintended consequences
Subscriber content
December 16, 2020 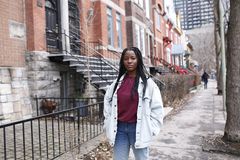 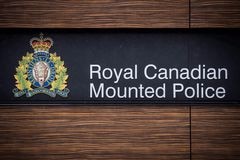 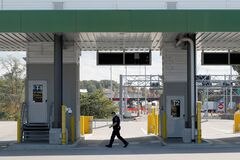