Among the many promises delivered in its Throne Speech last week, the government reaffirmed its commitment to securing a seat on the 2021-2022 UN Security Council. It’s one of the leftover pledges from Prime Minister Justin Trudeau’s first term, when he declared that the peacekeeping country of our collective memories (or perhaps our collective imaginations) was “back.” Mr. Trudeau’s leadership was to see to a more progressive, honest-broker approach to foreign policy, which would be capped off in his second term with Canada reclaiming its seat at this ostensibly important table.

And that is, in the most literal sense, what Canada will win if it is successful in its bid for a non-permanent position on the Security Council. It will have a seat, possibly a name plate and one of 10 non-permanent member votes, which can be arbitrarily overruled by any of the five permanent members. Canada’s material influence at the table will thus be negligible, but our government will still engage in the cynical courting and vote swapping necessary to win, if only for bragging rights and a chance to sit in that chair.

Typically, most of the cynical courting for a rotating Security Council seat happens behind the scenes – with trips, gifts, promises and alliances – but the Trudeau government made a most obvious gesture last month when it voted in favour of a United Nations resolution recognizing Palestinian self-determination and criticizing Israeli settlements.

In isolation, the text of the resolution doesn’t represent much of a change for Canada; it mostly aligns with our official position on Israel. Yet by voting in favour of the annual resolution – one it has previously voted against – Canada did a complete about-face in its long-standing approach to Israel at the UN, which has been informed by the tacit recognition that the UN is not exactly the most impartial of arenas on this topic.

But last month, conveniently right after the federal election, the Trudeau government decided it was time to show the UN’s 193 member states that Canada, excuse the expression, was back. Gone was the unabashedly pro-Israel Canada of the Stephen Harper era – the one that failed in its Security Council bid in 2010. This is the nice Canada, the peacekeeping Canada, the Canada that will suddenly break with the United States on Palestinian self-determination.

In fairness, this sort of gesture may be the best ticket Canada has to win the necessary votes for a Security Council seat. Our competition, Norway and Ireland, both outspend Canada in foreign aid as a percentage of gross national income: almost 1 per cent and 0.32 per cent respectively, compared with Canada’s 0.26 per cent. And our peacekeeping mission to Mali, which was smaller in scale than initially promised and didn’t last as long as the UN had requested, is unlikely to impress, especially compared with Ireland’s continuing and robust UN peacekeeping record. So absent the aid dollars and peacekeeping efforts, what else can Canada offer besides a nice slogan and a pandering swing vote?

The futility underlying it all is that Canada is lobbying to be a passive observer on a rather dysfunctional council, which can be hijacked at the whim of any of its five permanent members. Back in October, the council failed to produce a statement condemning Turkey’s incursion in Syria, thanks to stonewalling from the U.S. and Russia. A month earlier, Russia – backed by China – vetoed a resolution for a ceasefire in northwest Syria, which only matters to the extent that resolutions are actually honoured or enforced.

And although the continuing conflict between Beijing and Hong Kong has gripped the world as a paragon for the global struggle for democracy, the Security Council, at least according to its public agenda, seems to have not heard what’s going on.

By no coincidence, China has made a habit of using its Security Council veto to block the UN from what it sees as meddling in another country’s internal affairs.

Those who advocate for a Canadian Security Council seat say it is preferable to have a seat at the table than none at all. But there are other forums to bring attention to security issues that Canada deems important that don’t require participating in a silly charade for a spot at a table that’s missing one of its legs. Canada hasn’t done the necessary work anyway and doesn’t deserve – nor should it really want – the prize. 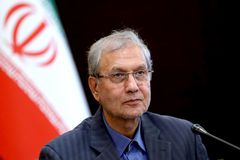 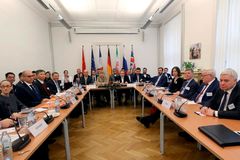 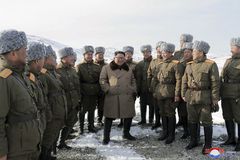