Sylvain Charlebois is a professor in food distribution and policy, and the senior director of the Agri-Food Analytics Lab, at Halifax’s Dalhousie University.

In the 12 years between releases of Health Canada’s food guide, we seem to have forgotten all about the guide itself. Even though the food guide has been a national institution for quite some time and children across the country have been learning from it religiously, most of us were blissfully going about our lives as if it didn’t exist as soon as we hit adulthood.

The latest guide, introduced in January of this year, has reminded us how important it is and has made us aware of how irrelevant a guide can become if it’s not reviewed regularly. The food guide remains one of the most-read public documents produced by the federal government, directly influencing many of its readers. According to a recent survey by Angus Reid Global, 34 per cent of Canadians have changed some of their food-consumption habits due to recommendations put forth by the new food guide. While the old food guide became nutritionally prehistoric and looked tired, the new version appears to be more impactful, essentially because it’s fresh and new, but also due to the hype it’s received.

So when Conservative Party leader Andrew Scheer spoke at the Dairy Farmers of Canada’s annual meeting in Saskatoon on Wednesday and vowed to review the food guide if he were to become Prime Minister, it is, in itself, an idea with merit. Even though our current food guide took 12 years to come to fruition, we should be continuously reviewing it, aiming for a new version every five years or so, which is what we see elsewhere around the world. After all, most countries understand that science is anything but an absolute, and since our knowledge of food does evolve over time, changing these guidelines from time to time is key.

The problem is that Mr. Scheer is clearly motivated by a desire to politicize the food guide and healthy eating. And that is never a good thing.

Mr. Scheer registered his concerns about the new “ideologically driven” food guide, which de-emphasizes dairy consumption and shifts a focus from meat to plant-based protein, saying he saw flaws in the review process. He is certainly entitled to his opinion. Scientifically, however, the guide is based on sound research, whether we agree with it or not. Individuals involved in the process were well-intended and quite competent.

Health Canada should also be lauded for excluding any industry’s active participation from the process. Allowing such groups to get involved in the review of the food guide in the past has often led to making the guide itself a political instrument. Unlike our new guide, where the language itself is nutritionally focused – using terms like “fibres” and “proteins” – previous food guides were all about milk, cheese, meat, fruits and vegetables. Old guides marketed food products; the new one bases its education on the “whys” of nutrition.

Mr. Scheer would have been better served criticizing the process for being too exclusive, from a disciplinary perspective. Most individuals involved in the revision were highly-qualified nutritionists and dietitians, and that’s about it. What was missing from the process were other scientific views of food systems; economists, historians, sociologists and animal or plant scientists were not involved in this latest process, at least not actively. Granting the full moral authority of good nutrition to a handful of professions is plainly short-sighted. Food is a multifaceted concept that deserves a much broader outlook, and Health Canada is slowly realizing that a science-based approach is inherently wide-ranging, from a multidisciplinary perspective. Health Canada has signalled in recent months that it intends to broaden its portfolio of disciplines from which it will seek knowledge in years to come, and this is indeed encouraging news.

Weaponizing the food guide to promote certain foods against others never results in a positive outcome. Health Canada is not perfect – it must recognize that industry does support strong research and this should remain part of the scope of any reviews related to the food guide – but an evidence-based approach is certainly a good one. 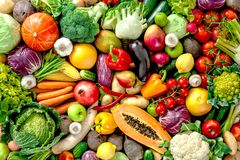 The plant-based burger has finally been perfected. What’s next?
Subscriber content
June 5, 2019 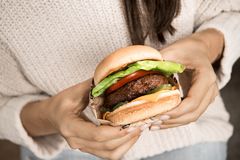 Opinion
Can you enjoy summer without a burger? It’s worth a try
Subscriber content
May 25, 2019 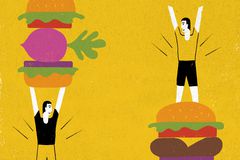