Anders Fogh Rasmussen was secretary-general of NATO from 2009-14 and prime minister of Denmark from 2001-09.

Yet, exactly when the international community was in dire need of global solutions, the logic of lonely powers continued to rapidly metastasize, weakening the spirit of multilateral co-operation. Even as the Group of Seven countries offered assistance and aid, the United States has been opting out from major accords and treaties, while China and Russia have been undermining the rules from within. Brazil, itself under the belligerent leadership of President Jair Bolsonaro, has also walked away from its international commitments and responsibilities.

At a time when some are pulling back on their commitments to multilateralism, we cannot afford to limit countries willing to reinforce international rules and co-operation. So we can send a clear message by inviting countries like Taiwan – a major industrialized democracy that wants to play a constructive role – to participate in more international decision-making bodies.

China, however, has been throwing its weight around in demanding other states deny Taiwan – which Beijing views as part of its “sacred territory” under One China principles – a presence on any United Nations body or initiative. To do so, Beijing has used pressure and fear tactics to pick off countries that have recognized Taiwan as a fully-fledged state. Six countries have cut ties with Taiwan since the 2016 election of the Democratic Progressive Party, which supports independence and sovereignty; most recently, the Solomon Islands, Taiwan’s biggest ally in the Pacific, ended 36 years of diplomatic relations after receiving Chinese promises and US$8.5-million in development funds.

Universality is a defining principle of the UN. And yet Taiwan is denied the simple right to sit, even as an observer, in its forums.

This has an impact on our lives, too. Taiwan’s exclusion from the UN World Health Assembly creates a weak link in efforts to prevent and contain global disease outbreaks such as Ebola. This is particularly regrettable given Taiwan’s know-how and resources in the health sector.

The same goes for climate change, which sorely needs all the international goodwill it can get. Despite having its presence at UN Conference of Parties meetings limited to that of a non-governmental organization observer, Taiwan has set ambitious emissions-reduction targets and has embraced renewable sources. It also wants to make a wider contribution to the global effort, providing technology, funds and expertise to ensure food security, green energy and biodiversity conservation – but is being denied the opportunity.

And for 11 days starting on Sept. 24, the International Civil Aviation Organization will meet in Montreal. This is the body that regulates international airspace and keeps our flights safe. Taiwan was a founding member of the ICAO, but China is again seeking to deny Taipei access to the meeting, even though Taiwanese airspace serves 1.7 million flights a year.

These are not UN forums of huge geopolitical importance, but initiatives and organizations that focus on practical issues. Taiwan is not asking for UN agencies to take a side on China’s territorial claims; they are merely asking to be invited as observers in order to contribute to global problem-solving.

Even though Taiwan is playing by the rules, the democratic world responds with indifference, or even fear of upsetting China. It sends a signal that Beijing can demand and threaten its way around democratic capitals, especially as many investment-hungry Western states allow themselves to become susceptible to Chinese investment, which has increased 1,500 per cent in Europe since 2010 alone.

Many would argue that our acquiescence is simple realpolitik toward a future superpower. But this is the key point – because if we do not stand up for international co-operation and rules, then indeed strong, selfish powers will dominate this century. The result will be that democracy and the peace-sustaining, rules-based international order will inexorably decline. The democratic world can start to fight back now – and one small but significant step would be inviting Taiwan to attend the ICAO assembly in Montreal. 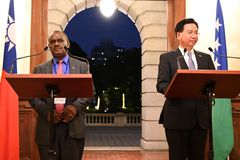 Opinion
The turmoil in Hong Kong is a bittersweet moment in its history
September 16, 2019 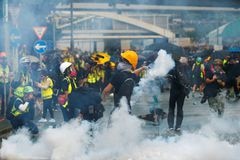 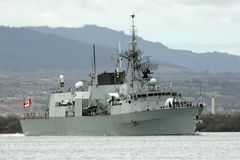