Usman Valiante is a senior policy analyst with Cardwell Grove Inc. He is the author of the Smart Prosperity Institute’s A Vision for a Circular Economy for Plastics in Canada: The Benefits of Plastics Without the Waste and How We Get it Right

Last week Environment and Climate Change Canada released a study showing that of the 3.3 million tonnes of waste plastic generated annually by the Canadian economy, only 9 per cent is recycled, 1 per cent is lost to the environment as litter and the bulk is sent to landfills and incinerators.

In May, Malaysia and the Philippines said they would ship back Canadian exports of mostly contaminated mixed plastic waste. In January of 2018, Asian recycling markets that had historically taken low-quality mixed plastics closed, sending many Canadian municipalities and their recycling contractors reeling. Whales engorged with ocean-borne plastics continue to wash up dead on the world’s shorelines, leaving Canadians to wonder how much of the plastic they sent elsewhere for recycling ended up in the ocean.

So why are we in this plastic-waste mess? In a word, economics.

Collecting and recycling the plastic in packaging, electronics, textiles, automobiles and construction waste is far more costly than making more from natural gas and disposing of it when we are done.

Making one tonne of polyethylene and then burning it after use generates almost five tonnes of greenhouse gases. About 4 per cent of the oil and gas produced globally is used for plastics, and less demand due to electrification of transportation is expected to be replaced by more demand for plastics. How we make, use and waste plastic is a critical climate change challenge.

The first is extended producer responsibility (EPR). This requires businesses that produce or import plastic products or use plastic packaging (“producers”) to have their plastics collected and recycled into feedstock suitable for manufacturing.

Responding to EPR requirements, producers would create reverse supply chains for collecting plastics from consumers and directing those plastics to recycling.

The second key policy is to set low-carbon standards for plastics. These standards have proven effective for fuels, driving demand for lower carbon alternatives such as ethanol and biodiesel, and they could work for plastics.

Demand for low-carbon recycled plastics will decouple the economics of recycling from that of fossil-based virgin plastics, opening the door to innovation. The Canadian chemical industry stands to be the greatest beneficiary of a circular economy for plastics.

As an example, products and packaging made with a mix of plastics and contaminated plastics are difficult to recycle using traditional mechanical methods of grinding and pelletizing. In response, several Canadian companies have developed alternate chemical recycling processes that break plastics down into their chemical building blocks for recycling back into plastics.

Yet another low-carbon plastic pathway is artificial photosynthesis, which makes plastics from captured carbon dioxide, renewable energy and water. Carbon-capture technology pioneered by Carbon Engineering Ltd. in Squamish, B.C., could be the basis for solar ethylene transforming plastics from a source of greenhouse gases to a net carbon sink as carbon dioxide is captured and converted to plastic.

Realizing a circular economy for plastics will require the federal government and the provinces and territories to exercise their respective jurisdictions as a matter of co-ordinated industrial policy – the federal government in setting national targets for EPR and low-carbon-plastics performance standards, and the provinces and territories in regulating EPR on the ground. Harmonized regulatory rules will allow producers and plastics recyclers to scale recycling at regional levels, driving efficiency and establishing a basis for innovation that will address Canada’s waste plastic problem.

At the end of this month, Canadian environment ministers are meeting to discuss a Canada-wide action plan for Zero Plastic Waste. Whether governments at all levels can work together will determine whether Canada can fix its waste plastic problem. Wish them luck.

Three stocks poised to benefit from the revolt against plastics
Subscriber content
June 11, 2019 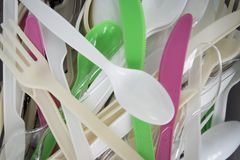 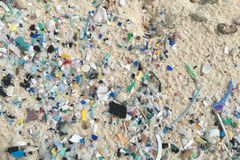