Erna Paris is the author of The Sun Climbs Slow: The International Criminal Court and the Struggle for Justice. This is an excerpt from a speech given to the Senior College at the University of Toronto on Sept. 13, 2017.

Multiculturalism with a capital M was born of smart crisis management – of political agility and the characteristic Canadian willingness to compromise in the service of national unity and nation building. The trigger, as you may know, was the Quebec crisis of the 1960s and early 1970s, when the so-called “Quiet Revolution” exploded into nationalism and violence. In 1963, the government of Lester B. Pearson created the Royal Commission on Bilingualism and Biculturalism to recommend means of defusing the issue.

But something unexpected happened. Paul Yuzyk, a new senator from Saskatchewan, spoke up. Canada, he said, was not “bicultural,” but “multicultural.” The commissioners were shrewd enough to understand what Mr. Yuzyk meant: He was saying that a solution for Quebec had to include the rest of Canada, or it wasn’t going to fly. So they agreed to take into account the contribution made by other ethnic groups to the cultural enrichment of Canada – and how to safeguard that contribution.

In response, then-prime minister Pierre Trudeau did something exceptionally audacious. On Oct. 8, 1971, he introduced capital-M Multiculturalism to the House of Commons. In addition to becoming an officially bilingual land, Canada would formally respect the diversity of its citizens’ languages, religions and cultures. The goal was integration; it was also about appeasing opposition to bilingualism. Mr. Trudeau faced no opposition in the House.

Who knew then how that policy would play out? To many, and I admit to being one of them, the proposal felt a bit cringeworthy. The 1970s were not the 1930s when immigrants from outside Britain were rejected as “unassimilable.” Didn’t we already respect the diversity of language, religion and culture unofficially? And were we really supposed to don national garb and sing and dance for one another? The political strategy was transparent.

But quietly over the next decades, official multiculturalism lost its hokey qualities, as well as its capital letter, and evolved into an ingrained collective value. Canadians began to define themselves as citizens of a multi-ethnic, multireligious society, not unlike the citizens of medieval Hispania, who appear to have understood their environment as a diverse community. In 1985, when asked what made them proudest of their country, Canadians placed multiculturalism way down the list – at No. 10. By 2006, it was in second place – above hockey. Somehow multiculturalism had evolved into a shared identity – a loose identity – Canadian style.

The reasons are down home and practical: increased mutual interaction. In a 2015 Environics poll, 95 per cent of respondents said that immigrants are as likely to be good citizens as the native-born. Poll results can vary according to the questions asked, but as recently as March, 2017, the Canadian Studies Association reported that Canadians were increasingly comfortable with diversity. Today, almost half of newcomers to Canada have a college degree, compared with 29 per cent in the United States; and the second generation is more likely to attend a university than those whose parents are native-born. Citizenship rates are high. Immigrants express approximately the same level of satisfaction with life in Canada as other Canadians. Intermarriage rates are growing – a strong index of racial and cultural integration.

One of the most important reasons for Canada’s success is the fact that we have eschewed demands for total assimilation to a defined identity in favour of integration. Integration is the foundation of the support we offer newcomers. Its most salient feature is that no one attempts to alter the core identity of an individual or group.

What we have historically promoted is citizenship. Citizens obey the law, pay their taxes and, in this country, are generally tolerant of difference (not always – we, too, have outbreaks of xenophobia) in high enough numbers to make this pluralist society work not perfectly, but reasonably well. Ideally, we live under an umbrella of Canada, not unlike the ways of multicultural Andalusia. When tensions and misunderstandings arise, as they inevitably do, the challenge of leadership is to balance competing rights and interests. We succeed – and I always add “for now” – because Canadian policy making has historically tended towards accommodation, as does our common-law legal system, which is based on cases, or precedents, and is often called upon to settle disputes related to multicultural co-habitation.

In retrospect, Pierre Trudeau’s single most important statement as he introduced his new policy in 1971 may have been that no singular culture could, or would, define Canada. Canadian leaders of both major parties had historically promoted both immigration and citizenship, but the idea that no singular culture would define this country – in other words, that there would be no overriding cultural identity to assimilate to – would become the root of our contemporary success in the world . As populism and intolerance increase elsewhere, it is this deliberate looseness when it comes to identity, this unique approach to pluralism, that will help to protect us – if we remain vigilant.

And that, in my view, is why multiculturalism matters. 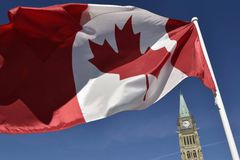