Amira Elghawaby is a writer and human rights advocate based in Ottawa.

The Canadian government should have seen this coming.

This week, the vice-chair of the United Nations Committee on the Elimination of Racism accused China of turning the western Xinjiang region into a “no-rights zone.” Gay McDougall pointed to a variety of reports that large numbers of Muslims are disappearing into internment centres where they face political indoctrination. Families living in Canada are confirming the disappearance of large numbers of friends and relatives for no crime; they simply belong to an ethnic minority that identifies as Muslim.

And while the Chinese government denies the existence of such widespread efforts, the treatment of dual Canadian-Chinese citizen Huseyin Celil was an early precursor to all of this. If only our government had been more forceful in defending his rights.

Mr. Celil, a member of the persecuted Uyghur community, arrived in Canada in 2001 as a refugee after fleeing China, where his efforts to defend his community’s human rights meant he was under constant threat. “Individuals who seek to promote the rights of the Uighur people, who speak out about concerns about Chinese policies in that part of China, are regularly harassed and very frequently are tried on charges – usually trumped up charges,” Alex Neve of Amnesty International has pointed out.

After becoming a Canadian citizen and settling in southern Ontario with his wife and children, Mr. Celil was detained while on a family visit to Uzbekistan in 2006 and sent back to China. There, he was sentenced to life imprisonment without due process. Canadian consular officials were denied all access as the government refused to recognize his dual citizenship.

While Mr. Celil’s family and lawyer were assured of Ottawa’s advocacy on his behalf, various overtures from successive Canadian governments were unsuccessful.

Then, last year, Zuo Feng, a Communist official in Canada as part of a visiting delegation, told journalists that Mr. Celil’s life sentence had been reduced by 18 years after taking part in a “re-education program.” According to Mr. Feng, the purpose of re-education is “to prevent that person from being further influenced by extremism.”

Did the Canadian government ask for further elaboration upon this revelation? Did it repeat its call for Mr. Celil’s release? Not publicly. It’s here that quiet diplomacy demonstrates its utter failure in securing not only Mr. Celil’s release, but in preventing the Chinese government from expanding a vast surveillance regime that has reportedly been designed and implemented to violate myriad freedoms.

It’s impossible to say whether Canada would have had an impact on the Chinese government had it been more vocal in condemning Mr. Celil’s treatment. Yet his case provides a clear warning to governments that put trade considerations above fundamental human rights. In its 2017 country report, Human Rights Watch warned that China’s global reach means that its violations now have “international implications” and that even democratic countries such as Greece, with its strong trade ties, have gone as far as to discourage the European Union from calling out China’s record at the UN Human Rights Council.

A few weeks ago, the Canadian embassy in China did take to Twitter to call on authorities to “immediately release” human-rights lawyers and activists jailed three years ago in what has come to be known as the 709 crackdown.

But unless there are consequences, a tweet won’t compel the Chinese government to change. It will continue to pay lip service to human rights by participating in UN round-tables and reviews, “noting” a variety of recommendations from other countries while continuing its repressive practices.

Canada cannot hedge its bets by speaking only behind closed doors, or sending out a tweet now and then. It’s time to explore tougher consequences with our allies in the face of such clear human-rights violations. As Mr. Celil’s case demonstrates, failing even one person may lead to our government failing thousands more. 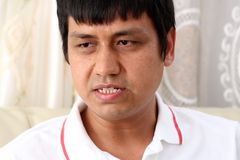 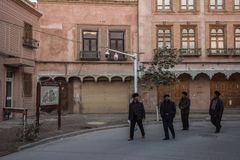