Canada’s recycling system is broken. China’s “National Sword” policy, a ban on importing foreign recycling, was the final straw – but Beijing isn’t to blame, nor are consumers, who are doing their best.

The real issue is that, without regulation, the economics of recycling will never make sense. For plastics producers, creating new materials is cheap; disposing of them is someone else’s problem.

We’ve heard that Canada recycles only 9 per cent of its plastic waste. But that’s most likely an overestimation, because it includes the waste exported for recycling to Asia, much of which isn’t actually recycled. Unless governments step in and create an environment for the recycling market to function, our abysmal recycling rate will persist or worsen, while the amount of plastic Canadians use, then toss, grows.

In 2017, the Blue Box in Ontario cost municipalities about $250-million, meaning these costs were actually borne by taxpayers, of course. And the costs have risen dramatically as a result of the restrictions in the trade of waste to Asia. Municipalities used to be able to sell some materials to subsidize the cost of recycling the rest, but now they have to pay to have even these materials taken away, if a market can be found at all.

But we can’t just keep sending all of our troublesome waste to landfills and we shouldn’t fall for easy solutions such as waste incineration. Incinerators are expensive to build, contribute more carbon emissions and create perverse incentives to keep generating more waste to feed them. Incineration just adds one more step to the linear “take-make-waste” economy.

The real solution lies in transitioning to a circular economy where materials are reused over and over.

The transition isn’t going to come by itself. It is going to take regulation from governments to create it, but the benefits will be huge. A recent report from Deloitte estimated that a circular economy for waste could create 42,000 jobs and save $500-million by diverting 90 per cent of Canada’s plastic waste.

The first step is to fully transition to an extended producer responsibility (EPR) model. Under EPR, producers are both financially and operationally responsible for managing how their products are collected and disposed of. Deposit-return programs for bottles are a good example, and the results speak for themselves. Bottle-return rates are as high as 90 per cent in some provinces. It also makes sense for municipalities – and taxpayers – who would be off the hook for millions of dollars in recycling fees.

Next, governments need to set legally enforceable targets. Recycling needs to be enshrined in law, and there must be consequences for those who don’t comply. Producers should need to meet collection targets that start at about 70 per cent but grow toward an aspirational 100 per cent in the next decade. Legal requirements would encourage them to get creative when it comes to designing, distributing and collecting their products.

Because the economics work against recycling, it needs to be supported by policy. Minimum recycled content standards must go hand in hand with collection targets. Setting a minimum for recycled content supports the demand for recycled plastics and protects the waste recycling sector from the uncertainties associated with the fluctuation of the cost of fossil fuels, the feed stocks for plastics. When oil prices go down, plastics become cheaper and there is less incentive to recycle. Mandating the use of recycled material also helps level the playing field with petrochemical producers, which are highly subsidized in Canada.

Lastly, we should be working more aggressively to end the use of landfills, which is at odds with the needed circular economy. In 2016, Canada sent about $7.8-billion in plastics to landfill. Banning such a practice would create incentives to recover those resources.

It would be a short-term fix, anyway. The more materials that are sent to landfills, the faster they fill up, which costs money too; approvals processes for new sites can take a decade to complete, and technologies required to avoid ground contamination and capture greenhouse gas emissions are costly to implement and maintain. If our current rate of landfill use continues unabated, and communities don’t step up to offer their land for new sites, Ontario’s landfills will reach full capacity in an estimated 15 years, according to the Ontario Waste Management Association.

Changing industry practices will not happen overnight, but these solutions are feasible and make environmental and economic sense. Canada can’t afford to keep going as if the markets will take care of themselves. If governments don’t act now to create the conditions to support recycling markets, we will find ourselves swimming in plastic soup by the middle of this century.

Philippines dismisses Canada’s plan to bring containers of garbage back by end of June
Subscriber content
May 23, 2019 Waste reduction: Sifting for companies that are leading the charge
Subscriber content
May 21, 2019 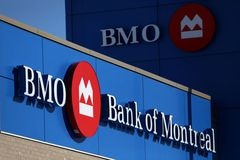 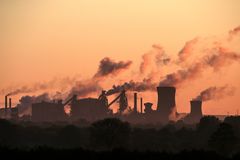