When I asked a group of biologists and psychologist colleagues last week what the term artificial intelligence brought to mind, their references were from science fiction: films such as I, Robot and Ex Machina, and television characters such as Star Trek’s Lieutenant-Commander Data. For the vast majority of Canadians, “artificial intelligence” is more likely to suggest sentient androids than algorithms in their smartphones – and that’s dangerous.

Canada is placing a big bet on artificial intelligence. Last year, the federal government charged the Canadian Institute for Advanced Research (CIFAR) with spearheading the $125-million Pan-Canadian Artificial Intelligence Strategy, and the term appears several times in the recent 2018 federal budget. There’s an AI boom south of the border, too, with artificial intelligence forecast to be a US$1.2-trillion global industry by 2020.

Artificial intelligence was invented in 1956 at New Hampshire’s Dartmouth College (where I happen to work) by engineers interested in how to use computers to model the human brain. There were, and still are, many different approaches, so the term “artificial intelligence” is a fairly vague one.

AI is now on the upswing thanks to recent advances in a particular kind of computer process known as machine learning, or algorithms that match patterns of words or images quickly and with a high degree of accuracy. Machine learning has many consumer uses (it’s at work in most of the apps on your smartphone as you read this piece, doing things such as autocorrecting your spelling), but that’s not what most people imagine when they hear “AI.”

Why does this disconnect matter? Because Canadians should know what their government is getting them into. In the medium term, romantic narratives about androids just like us aren’t anywhere near reality. But machine learning is already having a big effect on the lives of Canadians. In Vancouver, police are using machine learning to predict break-ins, while machine learning is also being piloted to screen for terrorists at the Canadian border, and it underpins Sidewalk Labs’ controversial proposal on the Toronto waterfront. In fact, machine learning is likely being used wherever there’s digital data and the need to analyze a lot of it.

For all its benefits, there’s the potential downside.

In the United States, machine-learning systems in fields such as criminal justice have expressed racial and other biases – it turns out it’s difficult to avoid transferring racism, sexism and other human prejudices into these digital systems. Machine learning is also a privacy nightmare, letting companies make guesses about personal details you may not have even shared online. And even well-designed machine-learning systems can still create inequality or discrimination if they’re used in unfair or unjust contexts. Visions of androids are exciting, but they distract from the real questions about how machine learning will affect Canadian society, and whether its misapplication will leave us prone to racial, economic and other divisions. Are Uber and other gig-economy businesses driving down the wages of Canadian workers? At heart, that’s a question about AI.

The most immediate solution to this AI disconnect is to broaden the conversation. CIFAR should immediately prioritize hiring experts in AI and machine learning who are not computer scientists – sociologists, anthropologists, lawyers, economists and historians all have a role to play in understanding the effects of AI on Canadian life.

Canada’s AI strategy aims to “develop global thought leadership on the economic, ethical, policy and legal implications of advances in artificial intelligence” – but that’s tough to do without experts in those fields at the table. Social scientists and humanists can also take the lead in creating forums for Canadians from all walks of life to learn about AI and machine learning, and have their say about the benefits, and pitfalls, it could bring to Canadian society.

Canada’s gamble on AI should pay dividends, but only if we ensure technologies like machine learning are deployed in a country whose fabric is just, equitable and fair. CIFAR can lead the way to ensure all Canadians are part of that conversation – even if they don’t see Cdr. Data any time soon. 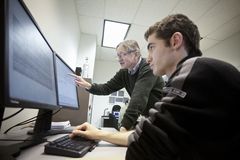 Opinion
Deep learning: Why it’s time for AI to get philosophical
March 25, 2018 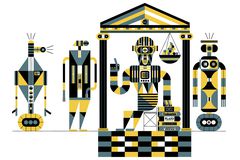