Eugene Lang is an adjunct professor in the School of Policy Studies at Queen’s University and a fellow at the Canadian Global Affairs Institute.

All politicians have big egos. Some are self-absorbed. A few are narcissists. Occasionally we run into a sociopath. And then there is Donald Trump.

Exhibiting less humility and more hubris than many authoritarian dictators, Mr. Trump is in a category of his own among leaders of democracies.

Paul Begala once said, “politics is show business for ugly people.” Bob Rae has written that politics is a contact sport. One might add that the players in this game wear very little protective gear. The big ego, therefore, is as necessary to success in politics as it is in show business and pro sports. Ego is the politician’s essential defence when he or she enters what Richard Nixon called “the arena.” It’s the helmet for the legislator. The jock for the deputy.

So, we have come to expect our politicians to have big egos. But our dilemma today is that we are totally unprepared for the narcissistic sociopath as politician.

For Canadians, Mr. Trump is a caricature of the worst American stereotypes: bombastic, rude, gaudy, nativist, racist. And he exhibits none of the traits we admire in Americans: neighbourly, charitable, courteous, entrepreneurial. He’s the ugly American on speed and steroids, running amok through a fun house.

Yet, we are constantly told Mr. Trump does what he does to appeal to his base of voters, the implication being that his behaviour is in some respects rational. It seems more accurate to see Mr. Trump as fundamentally irrational, driven by a desire to preserve his own exaggerated, if not invented, self-image. Part of the problem in understanding Mr. Trump is that we have too many journalists, political scientists and lawyers opining on his motivations and behaviour, and not enough psychologists and psychiatrists giving insights into this odd personality, why he does what he does and what we might expect from him in future.

Which brings us to the issue of Mr. Trump’s tariffs on steel and aluminum. In responding to these nakedly protectionist measures, the Canadian government has decided to retaliate with tariffs of its own, totalling some $16-billion a year. The countertariffs are surgically targeted, not just at American steel and aluminum producers but also at some 80-plus agricultural and consumer products imported largely from the “red states” that comprise Mr. Trump’s voter base. The strategy is to hit Mr. Trump as hard as Canada can politically, on the theory that it will concentrate minds in the White House as Congressional elections loom this fall and the Presidential election in two years.

It is a well-conceived response, coordinated with the EU – a classic tit for tat retaliation, designed to hit Mr. Trump where he lives and get him to reconsider his tariffs against us. The approach, while unusual by modern Canadian standards, is a conventional and rational answer to a major threat to Canadian economic interests.

Which is probably why it won’t work, assuming as it does a rational actor on the other side of the border who is mostly concerned with appeasing his political base. The fact is, Mr. Trump’s primary concern is more likely preserving his own self-image. That image would take a major blow were Mr. Trump to do anything other than retaliate against Canada’s retaliation.

Unfortunately, there is probably no alternative, realistic political response to this attack on Canadian and EU economies, and on the multilateral, rules-based trading system that Canadians, Americans and Europeans invented and patiently erected over many decades.

In a moment of uncharacteristic nationalism, Foreign Minister Chrystia Freeland said the other day that it is fitting these Canadian tariffs come into effect on Canada Day. Yet, as we celebrate Canada’s 151st birthday and watch the fireworks over Parliament Hill, Canadians might also want to take cover from incoming rockets from the Twittersphere south of the border, signalling the beginning of the first Canada-U.S. trade war in living memory. 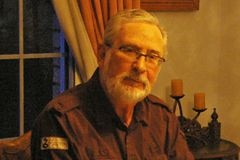 Opinion
Damaging our friendship with Canada will significantly hurt the U.S.
June 14, 2018 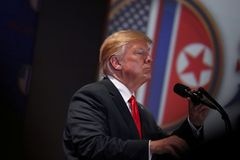 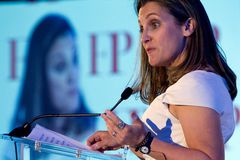