Carlo Dade is the director of the Trade & Investment Centre at the Canada West Foundation. He is a senior fellow at the School of International Development and Global Studies at the University of Ottawa.

The global rules-based trade system upon which Canada has relied to manage risk and encourage its exporters to go abroad is in profound crisis. For Canada, one of the world’s most trade-dependent economies, this crisis borders on existential.

Government and industry have been focused on tamping down the trade crisis of the moment. But the country can only play Whac-a-Mole for so long. The country somehow has to find time and resources to look at the larger, systemic problems beyond the next crisis.

Canada’s current focus is dealing with China’s use of phytosanitary claims to block Canadian canola imports to exert political pressure. This comes as India uses similar tactics to ban Canadian lentils and even supposedly safer partners such as Italy block Canadian wheat for domestic political gains.

In the news cycle, these issues eclipse our previous crisis-of-the-moment, U.S. aluminum and steel tariffs, which in turn drowned out the crisis before that, the threat of losing the North American free-trade agreement. This series of crises all came hard on the heels of what had previously been feared to be an even larger threat, the global populist backlash against trade, of which Brexit is just one example.

Meanwhile, the country that had largely created the global rules-based order, the United States, and which had been counted on to do what Canada cannot – be the system’s enforcer – is instead now sacrificing the global common good for its short-term gain. Worse, beyond just breaking the rules with, among other actions, steel and aluminum tariffs based on dubious security concerns, the Trump administration is openly threatening to destroy the principal trade-governing institution, the World Trade Organization.

To survive this new world of trade, Canada needs more than a dose of “China realism," as suggested by David Mulroney, a former ambassador to China. As current events continually demonstrate, the country also needs a dose of U.S. realism.

Canada does not have the leverage of China or the United States on the international stage. To be able to trade, it needs rules to mitigate and accurately price risks from those with whom it trades.

If Canada cannot avoid trading with China and countries such as India, let alone the United States, then how does it manage the intensifying trade risk and associated political risk in a world where rules and institutions, and trust in trade partners, are no longer dependable?

This question needed to be asked – and debated publicly – when canola exports to China were going through the roof. It should have occurred to us that a buyer that could increase its imports through political dictate could just as easily close the market by political dictate. While governments sought to take credit and producers rushed to cash in, the canola export boom should have set off alarm bells and contingency planning. But judging by the current surprise and scramble to respond in Canada, it did not.

The simple solution being proposed for all this – diversification – is not a satisfactory response, if it means simply moving trade from one country that is a serious risk to another country that is even riskier.

If the United States and China are a problem then do India, Turkey, Pakistan or the Association of Southeast Asian Nations offer any relief?

Canada must trade. When our current trade spat with China ends, Canadian canola producers will rush back to China and when conditions improve in India lentil producers will rush back in. Canadian softwood producers have charged in every time there is a break in U.S. softwood tariffs – only to wind up worse off when political winds in the U.S. change. The free-market, rational pursuit of profit maximization by individual firms is apparently a hindrance to strategic trade policy that would mitigate some of our current woes. Clearly, a dose of “Canada realism” has to enter the conversation.

That conversation starts with realizing that Canada’s belief and approach to trade remains stuck in the days of the original U.S.-Canada trade agreement and ensuing heyday to urge firms to go abroad.

But that was also a time when the United States was willing to open its market and constrain itself largely for political, not economic, reasons; there was growing confidence in rules under the General Agreement on Tariffs and Trade and later the WTO; and there was a relentless, seemingly limitless appetite for globalization. No longer. The United States is unwilling to make trade concessions for political gains and the WTO is under attack from not just China but also the United States. China, a centrally planned, government-controlled economy, is Canada’s second-largest trading partner. Globalization is being replaced by “slowbalization,” as The Economist has put it.

Yet, the underlying framework and assumptions that underpin Canada’s belief and advocacy of liberal trade have not adapted to the new reality. With attacks to the global trade system increasing in frequency, intensity and volume, Canada needs to do more than just try to whack down the problem of the moment and wait for a return back to a “normal” that is no longer possible.

We need new thinking about how to truly help those harmed by global trade. More than that, we desperately need to rethink the consensus, understandings and frameworks that emerged from the Macdonald Commission of the early 1980s that set Canada on its current course for global trade. 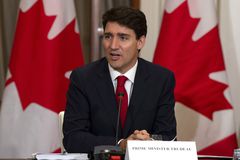 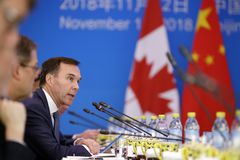