Rachel Ricketts is the author of Do Better: Spiritual Activism for Fighting and Healing from White Supremacy.

Though Canadians are often quick to condemn the overt racism witnessed from our neighbors to the south, we are also quicker to ignore, deny and defend the violent systems of white supremacy in our own settler nation.

Growing up steeped in the insidious and “polite” anti-Blackness and racism of Canada was nothing short of traumatizing. I have been aware of being discriminated against due to my Blackness from the tender age of four. As the sole Black girl in a Vancouver daycare, my white “caretakers” locked me outside, alone, in the pouring rain. For hours. In kindergarten, my white teacher attempted to hold me back from Grade 1, explaining to my mother that my Black brain wasn’t as large as those of my white classmates. The teacher claimed it was from her teachers’ manual, and had my mother not threatened to sue the school board my educator’s racism would have scarred my academic record from its inception.

For my remaining school years, including well into law school, I was forced to routinely disprove anti-Black stereotypes about my intellect, class and, ultimately, worthiness, to help ensure my success. All while continuously being told that Canadians aren’t racist and thus my experiences were an illusion. Growing up in Canada, I learned to tone myself down to keep white people comfortable. To stay quiet, play it safe and never speak my truth or prioritize my comfort or well-being before my white counterparts.

The racism I’ve endured from childhood is not abnormal – quite the opposite. It is, as Canadian white supremacy is, entirely run of the mill. My Blackness makes whiteness uncomfortable, and I am often treated as the culprit for white people’s discomfort – continuously made to feel too loud, too emotional, too boisterous. What many call “micro-aggressions” are far from micro. They are deliberate (even if subconscious) acts to invalidate my humanity, which is an act of violence. White supremacy is not merely neo-Nazis running around in the woods, though we have a lot of those, too, including the Canadian founder of the international terrorist organization the Proud Boys, who were instrumental in the attempted coup at the U.S. Capitol on Jan. 6, or the terrorists who held hostage and violently attacked Mi’kmaq peoples last October.

In addition to these explicitly violent acts, white supremacy also looks like Canadian news media refusing to call hate crimes what they are (just look at the coverage of the Mi’kmaq “dispute”). It is my white friends’ subconscious expectation that as a Black woman I will (and should) prioritize their comfort to the detriment of my own. It is represented in Maclean’s 2015 report that found Canada’s Indigenous population fared worse than the United States’s Black population on almost every metric. White supremacy sounds like “at least we’re not America,” “I don’t see colour,” or “not all white people.” Racism is not about one’s intention nor how kind or polite you believe yourself to be. It is a system of prejudice, privilege and power, and all white Canadians, no matter their intentions, are a part of and perpetuate it. Until more Canadians are willing to move past self-congratulation for their perceived progressiveness, handle a hard conversation and tolerate their own discomfort, white supremacy will continue to reign, well, supreme.

I prefer the honest declaration of outright American racism rather than the covert cruelty from Canadian racists. I have been called a nigger through looks, action or inaction more times than I could ever recall. Including from white Canadians I loved. And that racial violence hurts more because, like most Canadians, those people don’t believe themselves to have an oppressive bone in their body and are thus unwilling to do a damn thing to address their harm.

Canadian racism in all its forms cause BIPOC communities harm every single day. Every minute. Every second, people are harmed by Canadian systems created by and for the white supremacist ideology that is alive and well here. We will never dismantle systems of oppression when Canadians with the most power and privilege, those who are causing the most harm, refuse to acknowledge let alone address it.

When it comes to oppression, there is no such thing as neutrality. Complacency is the killer of change. And Canadians are some of the most complacent of all.

Editor’s note: This article has been updated to clarify that there is no evidence a teacher's claim was in a manual. 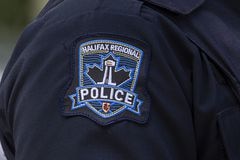 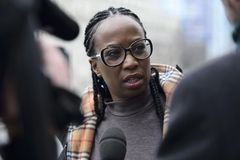 In the workplace and beyond, Canada can begin to address anti-Black racism by confronting the clear data
February 2, 2021 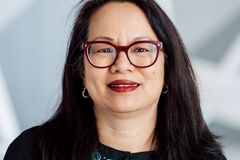