The world is growing dark. Our political leaders continue to defend a rules-based international order that is crumbling, putting Canada’s safety and prosperity at risk. So say the school of realists – though not all would claim to belong to that school, or even acknowledge such a school exists – who are impatient with the Pearsonian platitudes that still dominate Canadian foreign policy.

“There is great uncertainty and instability in the world,” says Jonathan Paquin, who specializes in foreign policy issues at Laval University. “There are systemic changes occurring, whether or not we like it.”

“The previous international order is fractured,” maintains Justin Massie, a political scientist at University of Quebec at Montreal. “We need to build a new one, almost from scratch.”

They are among the thinkers who say there is little to be gained by defending doomed international institutions and rules that are more often breached than observed. This is a world where peacekeeping is dead and where trade flows are under threat. Government corruption is rampant and spreading. The United States is a less reliable ally. Europe is disunited. China’s intentions are hostile.

Most importantly, they believe Canadians must abandon their self-righteous efforts to temper the grim realities of this harsh new world.

“We have to be very realistic about what we can do,” says Andrea Charron, the director of the Centre for Defence and Security Studies at the University of Manitoba. “And it’s not about chasing values. It’s a hard-headed look at what are our national interests.”

For Prof. Charron and others, those interests are few but powerful: defend the border, protect the economy, salvage whatever remains of what used to be and look for substitutes to replace what is lost.

This will be hard for many Canadians to accept. For decades, this country thrived in the U.S.-led world of multilateral institutions and alliances that emerged after the Second World War, although cuts to defence spending and foreign aid diminished Canada’s global influence.

But 9/11, the disastrous wars in Iraq and Afghanistan, the financial crisis of 2008-09, increasing resentment by left-behind workers toward the globalized economy, the new cohort of autocrats who have exploited that resentment, and the rise of the likes of President Xi Jinping in Beijing and President Donald Trump in Washington have all combined to undermine the postwar consensus. And that was before the COVID-19 pandemic struck.

Throughout these years of trauma, Canada got some things right – new trade treaties, the maternal health initiative – and some wrong, such as two failed attempts to secure a seat on the United Nations Security Council.

Now, Canada looks out at a fearful world, with borders closed and tariffs rising, institutions such as the World Health Organization and the World Trade Organization paralyzed or discredited, Vladimir Putin now president for life in Russia, China increasingly belligerent, and the United States suspicious and isolated – an attitude that won’t soon disappear, no matter who wins the presidential election in November. A world of barriers, resentment and decline.

In such a world, “Canada has to be pragmatic about picking its partners, picking its issues and not being derailed,” says Stéfanie von Hlatky, a political scientist who is director of the Centre for International and Defence Policy at Queen’s University.

And there are other threats – from cyberwarfare to election interference to autonomous weapons to militarizing space – that many Canadians barely understand, but must be faced.

Michael Manulak, a political scientist specializing in international relations at Carleton University, identifies three possible paths that Canada’s foreign policy could take in the years ahead. “One path is the status quo, where we muddle through, in effect,” he said.

That path was on display in a letter sent in June from 19 distinguished Canadians to Prime Minister Justin Trudeau, urging him to release Huawei executive Meng Wanzhou – under detention in Canada while the United States seeks her extradition – in exchange for the release of Canadians Michael Kovrig and Michael Spavor, who China arrested in retaliation. Mr. Trudeau rejected their appeal.

The letter reflected old assumptions: that Beijing must be accommodated and that Ottawa can cleave to the protection offered by the United States while simultaneously asserting independence from it.

Such assumptions wildly contradict the second possible path of future Canadian foreign relations, which Jean-Christophe Boucher, a foreign-policy specialist at University of Calgary, calls “strategic retrenchment: falling back on the people you can really trust.”

That path, which he favours, would see Canada double down on its alliance with the U.S. – America First isolationism notwithstanding – because our neighbour remains our closest ally and by far our largest trading partner.

Strategic retrenchment would also see Canada tighten its bonds with Britain, France and Germany on the Atlantic side, and with Japan, South Korea, Australia and New Zealand on the Pacific side, while reducing engagement everywhere else.

Above all, this approach identifies China not as a rising power that must be accommodated, but as a strategic adversary that must be contained.

“We are in an abusive relationship” with China, Prof. Boucher says. As well as essentially kidnapping the two Michaels and conducting what the Chinese themselves call “wolf warrior diplomacy” – belligerently launching threats and undiplomatic insults, including describing Australia as “gum stuck to the bottom of China’s shoe” – the country has curtailed democratic freedoms in Hong Kong and is reportedly forcing birth control upon Uyghur women to prevent them from having children, a black-letter violation of the UN convention on genocide.

Drawing even closer to the U.S. and other core allies and becoming more distant from China is also a feature of the third path that Canada could take. But rather than shutting Canada out from the rest of the world, that path would seek to preserve whatever is left of the old international order, while exploiting new organizations that are emerging from the rubble.

For Prof. Manulak, ad hoc coalitions and informal institutions designed to tackle specific interdependence challenges, such as global warming, nuclear proliferation or pandemics, are likely to eventually win market share from postwar institutions that no longer function well, or even at all.

“Invest in the tools of influencing this more fluid, loosely clustered international system,” he recommends, “where you try to build shifting coalitions of international actors.”

These realists advocate programs to educate Canadians in the hard realities of what lies ahead. Some suggest Canada should take a leadership role on a single issue of global concern. In the 1990s, for instance, Canada was a leader in pursuing a ban of landmines. Today’s equivalent issue might be limiting autonomous weapons.

And they urge federal and provincial governments to grow Canada’s population – double it, even, to 75 million people.

“To have a more independent foreign policy you need self-sufficiency, and for that you need a domestic market,” Prof. Massie says.

There are contradictions within this new school of Canadian foreign-policy realism. Many of the scholars I talked to called for a formal foreign-policy review, even a royal commission, to establish new priorities. But politicians typically employ reviews and commissions to avoid taking action.

Ad hoc coalitions, meanwhile, are well suited to addressing local emergencies; the nations of the Lima Group, for example, are attempting to restore democracy in Venezuela. But they may be less well-suited to tackling global issues, such as climate change. The WHO was not up to the job of preventing the coronavirus pandemic, but is the solution to scrap the WHO, or to fix it?

An approach toward foreign policy that places a greater emphasis on self-reliance would be expensive, requiring major new investments to beef up defence, especially in the Arctic. But with the deficit approaching the full capacity of federal spending, where will the money come from and how can taxpayers be persuaded to provide it?

Realists can sometimes ignore that what they call an interest is really a value. A hard-headed (and -hearted) consideration of Canadian self-interest might conclude that this country should do whatever it takes to appease the Chinese government, in order to preserve market access. But almost everyone I interviewed argued for a tougher approach to China.

“Realists are not amoral,” Prof. Charron explained. But are they then really realists?

Finally, most Canadians would not welcome a foreign policy that abandons Canadian commitments in the developing world. Nadège Compaoré is a postdoctoral fellow in political science at University of Toronto, specializing in African issues. As the Chinese assume greater influence on the continent, she says Canada has a duty as well as an opportunity to offer a values-and-interest-based alternative, focusing on aid and on a more responsible approach to investment, especially in the mining sector.

If Canada wants to be respected in Africa, she says, “the only way to do that is to consider African countries as partners,” by offering an alternative to Chinese, American and European neo-colonialism.

Whatever the contradictions, we need to listen to the realists who are urging a tougher, more self-interested foreign policy for Canada. This country will need to keep both its head and its elbows up, in the darkening days that lie ahead. 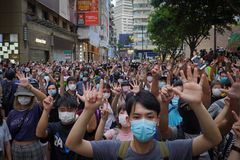 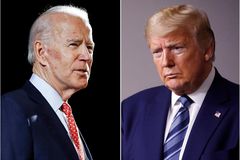 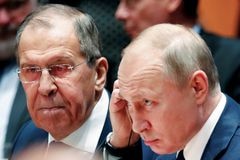 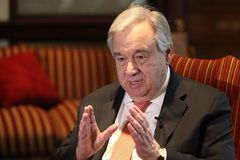 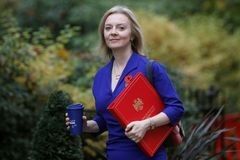