Bessma Momani is a professor at the University of Waterloo and the Balsillie School of International Affairs, senior fellow at the Centre for International Governance Innovation and lead author of More than a Pipeline Problem forthcoming in Canadian Journal of Higher Education in April.

In the era of #MeToo and #TimesUp – not to mention the Trudeau government’s self-declaration as a feminist government with implicit goals of achieving gender equality and economic inclusion of women – gender discrimination should be tackled head-on by every Canadian organization. University campuses are often at the forefront of pushing for progressive causes around social equity. While women have achieved gender parity in Canadian universities’ student body, cohorts of PhD graduates and among tenure-track assistant professors, academia is not the most progressive Canadian workplaces for its professors.

Like much of society, female academics still shoulder more child-rearing responsibilities in their families and the type of work they’re expected to do on campus (such as taking on advising roles) is undervalued. Previous research has shown that male and female professors face different challenges in getting research funding, get different types of recommendation letters that can affect their career advancement and are being cited differently in team research publications because of their gender alone. Gendered bias runs deep when valuing academics’ productivity and value.

Theoretical physicist Alessandro Strumia stood before a European university audience last September to tell its young women that the best scientific work is created by men and that female professors were getting jobs in physics even though, he wrongly claims, they were unqualified because there is a bias against men. Yet, there continues to be an imbalance of female academics studying and progressing within science, technology, engineering and math (STEM) disciplines, and that is in part to the kind of bias held by professors like Mr. Strumia. While there is growing attention to gender bias in STEM, the problem is campus-wide and hurts female professors’ income.

Last year, the Canadian Association of University Teachers (CAUT) identified a median wage gap of approximately $13,750 between women and men working in Canadian universities. Using Statistics Canada’s data, my research team found significant gaps between men and women’s earnings in academia as well, but more troubling than the CAUT findings is that as female professors move up the ladder into senior administration, our data shows that the pay gap gets wider for them. These pay gaps are widest among the top research-based universities, also known as the U15, that we celebrate as national champions for our research successes. While some may think the shortage of women in STEM is part of the problem, our findings show that the gender pay gap in universities is not better or worse in these competitive and male-dominated technical fields. So, for example, while we know that engineering generally had higher gender pay gaps than social science, economics showed a much larger gap than engineering.

Using the public-sector salary disclosure data or the Ontario "Sunshine List,” we found Ontario’s publicly funded universities among the worst offending sectors to have gender pay gap disparities – only behind health care and the judiciary. The bad news does not stop here. The mantra in discussions about workplace equity is that we will eventually, and soon, get to the point of gender pay equity; it is just a matter of time. The thinking goes like this: Pay inequity is a “pipeline problem,” gender pay gaps are explained by one’s years of experience and as women move into and up the workplace ladder, pay gaps will eventually narrow.

Well, this is not happening.

We examined women’s years of work in a given university and, as time went on, the pay gap widened. Pay gaps simply get worse for women who are in higher administrative positions such as deans. Universities are slowly promoting women into senior administration, so representation is improving, but are failing to compensate women with similar rank and years of experience. Gender pay gaps generally increase with seniority. Not only do Canadian universities still have glass ceilings hindering women from getting into the decision-making positions, but when they break through, they are paid less than men.

The pipeline is not working, and it is unfair. No surprise then that only 20 per cent of Canadian university presidents are women and that ratio has not changed since the 1990s. For nearly 30 years, the top jobs remain dominated by men. Even in academia where professors have PhDs and decades of scientific-research publications, men are seen as natural leaders and women only providing a supporting role to them.

Universities are instituting policies and procedures to level the gender playing field; however, our findings show that these efforts have been unsuccessful at closing the gender pay gap. Policies remain on paper while seats at the decision-making table are stacked with men, and for those women who get to the top floor, they are grossly underpaid. It is 2019 and Canadian universities need to live up to their progressive reputation. 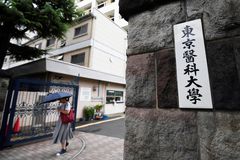