The beheading this month of a middle-school teacher by an 18-year-old Islamic extremist, upset that his victim had shown caricatures of the Prophet Mohammed to his students, was a crime so horrific that it shocked even France’s most-hardened anti-terrorism experts.

In a country permanently on high alert since a wave of terrorist attacks took the lives of hundreds of French civilians in 2015, the gruesome decapitation of teacher Samuel Paty was unanimously condemned by French politicians as an assault on the Republic itself.

“Samuel Paty was killed because the Islamists want our future and because they know that, with heroes like him, they will never have it,” President Emmanuel Macron declared at an Oct. 21 ceremony in honour of the slain teacher held outside the Sorbonne. “We will defend the freedom you taught and raise up secularism. We will not renounce caricatures, or sketches, even if others step back. We will offer all the chances that the Republic owes to its youth without discrimination.”

The caricatures that Mr. Paty had shown his adolescent students, as part of a lesson on freedom of expression, were the same ones that had led to an attack on the offices of the satirical publication Charlie Hebdo in 2015. That attack left 12 people dead and sparked the global “Je suis Charlie” movement in support of free speech. But Mr. Macron’s defence of the freedom of the press earned him nasty epithets throughout the Muslim world and exposed once again the clash in values between France’s secularist majority and its growing Muslim minority.

French police have rounded up dozens of suspected accomplices to the attack on Mr. Paty by a Chechen refugee who had been alerted to the teacher’s actions by French Muslims who denounced it on social media. Mr. Macron and hardline Interior Minister Gérald Darmanin have vowed further crackdowns on imams accused of promoting Islamic “separation” within France.

While other Western leaders expressed solidarity with Mr. Macron in the wake of Mr. Paty’s killing, it took Prime Minister Justin Trudeau 10 days to even acknowledge the incident – and only after the Bloc Québécois brought forward a House of Commons motion condemning the attack “on freedom of expression” in Conflans-Sainte-Honorine, northeast of Paris.

Questioned by journalists on Tuesday, Mr. Trudeau did condemn Mr. Paty’s killing, but declined to express his solidarity with Mr. Macron. “I’m going to take the opportunity to talk to world leaders, community leaders, leaders of the Muslim community here in Canada, to understand their worries, their concerns, to listen and to work to reduce these tensions,” Mr. Trudeau said.

Unfortunately for Mr. Trudeau, there is no middle ground in this debate. If he does not stand with Mr. Macron to defend freedom of expression, he automatically stands with Mr. Erdogan as an apologist for Muslim extremists. A listening tour will not cut it.

Foreign Affairs Minister François-Philippe Champagne also failed the grade with a Monday tweet in which he expressed “solidarity with our French friends.” He referred to “Turkey’s recent comments” as being “totally unacceptable” but did not rebuke Mr. Erdogan personally. He promised to “defend freedom of expression with respect.”

There is no other way to interpret Mr. Champagne’s tweet except as a repudiation of Mr. Paty and Charlie Hebdo. The caricatures depicting the Prophet Mohammed were anything but respectful. That was their whole point. No religion is off limits to satirists. And thank God for that.

The right to freedom of speech is meaningless if it is subject to conditions such as “respect.” The Constitution protects freedom of speech precisely because speech that is meaningful is often controversial. It is up to the courts to determine what constitutes hate speech under Section 319 of the Criminal Code. But the bar is set mercifully high. Democracy depends on it.

This is the second time in as many weeks that Mr. Trudeau’s government chose to trample on the Charter in the name of political correctness. After a University of Ottawa professor was suspended for using the n-word as part of an educational online lecture, Mr. Trudeau and Deputy Prime Minister Chrystia Freeland made banal pronouncements about fighting systemic racism rather than standing up for academic freedom. It was a facile cop-out on their part.

“We will not give in, ever,” Mr. Macron tweeted on Sunday, in French, English and Arabic. “We respect all differences in a spirit of peace. We do not accept hate speech and [we] defend reasonable debate. We will always be on the side of human dignity and universal values.”

Canadians should stand with Mr. Macron, even if their government will not. 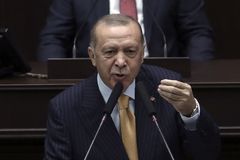 War of words between Turkey and France heats up, spreads
October 26, 2020 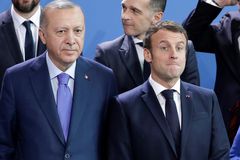 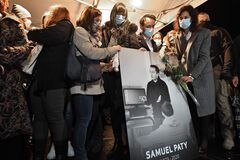