In May, 2017, Quebec City police discovered the body of Véronique Dorval in the trunk of her car, with a plastic bag over her head.

In a letter sent to media outlets just before her suicide, the 38-year-old biochemist decried the fact that she had been denied medical assistance in dying (MAID).

“People with cancer can die with dignity and be comforted, surrounded by their loved ones. A person with mental illness must die alone, in the trunk of her car. I so badly wanted to be accompanied and helped,” she wrote.

For more than a decade, Ms. Dorval suffered from bipolar disorder, which she described as a “cancer of the soul.” Medication provided little relief from her suffering, and debilitating side effects.

In Canada, people with mental illness, no matter how painful or irremediable, cannot choose assisted death because their death is not “reasonably foreseeable.”

That is going to change on March 12.

In a landmark ruling issued on Sept. 11, Justice Christine Baudouin of the Quebec Superior Court invalidated the “reasonably foreseeable” death clause of federal law and a similar section of Quebec law that says people must “be at end of life” to access assisted death, and gave legislators six months to amend the law. The ruling was not appealed.

What legislators – both provincial and federal – had to do as a result was to craft amendments that recognize that people with mental disorders as their sole underlying medical condition (or MD-SUMC, the acronym for that medico-legal jargon) are real patients with real health problems, and with the same rights as others who choose medically assisted death.

At the same time, they need to recognize that wanting to die is often a symptom of severe mental illness, a symptom that can be (but is not always) temporary and treatable.

That’s a fine line that will require some thoughtful law-making.

Yet, in the months since the Quebec court ruling, governments have mostly dithered, something that has been the norm during three decades of the assisted death debate.

Ottawa did an online consultation that garnered a staggering 300,000 responses. Quebec announced recently that it will consult on the issue “for as long as it takes.” The Quebec College of Physicians said it will suspend MAID for MD-SUMC until a law is in place. And now Ottawa is asking the courts for a four-month delay.

In other words, the court ruling won’t be respected for the foreseeable future. And that could trigger yet another court challenge.

Opponents of allowing assisted death for MD-SUMC patients have two principal arguments: It is impossible to determine if a mental illness is irremediable, and vulnerable patients will be encouraged to die because of a lack of mental health services or evil-doers who want to rid society of people with disabilities.

The latter – the well-worn “slippery slope” argument – is getting tiresome. There is no evidence vulnerable patients are being pushed into assisted death against their will. If anything, the contrary is true. MAID has become an option for the elite, while people with physical and mental disabilities have repeatedly had to turn to the courts to have their right to choose respected.

The other argument – essentially, “we know better than you that your suffering is not unbearable" – is insulting. We don’t insist that patients with terminal cancer content themselves with hopes and prayers, and we shouldn’t expect people with intractable mental illness to do so either.

To exclude MD-SUMC patients from accessing MAID would be discriminatory and unjust. But that doesn’t mean there can’t be additional eligibility criteria.

In a recent paper, the Halifax Group – comprised of eight experts from the Council of Canadian Academies who review the state of knowledge on medical assistance in dying – articulated this approach thoughtfully. It recommended that assessment conditions and the decision-making process be strict, to ensure that MD-SUMC patients are competent enough to make a decision to end their lives. In other words, MAID requests must be well-considered, not impulsive.

Let’s not forget that these cases will be very rare. Even in the Netherlands, a country with a longstanding liberal law, fewer than one per cent of assisted deaths involve patients with mental illness – 42 of 4,828 cases last year.

These issues are complex and can make us uncomfortable. But the law-making isn’t going to get any easier. Soon, we will have decide if mature minors and patients with dementia can choose assisted death.

In all these cases, we must proceed with caution. But we must also stop acting with contempt for the suffering. 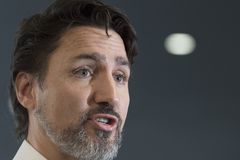 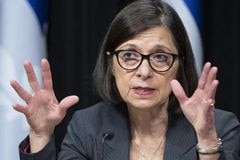