Major-General David Fraser served with the Canadian Forces for more than 30 years, and served as Commander Regional Command South in Afghanistan in 2006. He is currently the president of AEGIS Six Corporation and was the COO for INKAS Armored Vehicle Manufacturing until June 2016.

While it appears that the Canadian economy is strong, events of the past few weeks are cause for concern. News of General Motors shutting down its Oshawa, Ont., plant, coupled with a downturn in the oil and gas industry and worries of a bear market, raise red flags.

Potentially compounding this trend is the recent news that Prime Minister Justin Trudeau and the federal Liberal government may be looking to scrap a contract to sell Canadian light armoured vehicles (LAVs), built by General Dynamics Land Systems in London, Ont., to Saudi Arabia. This is highly concerning: Canada’s army is built on light armoured vehicles, and without this manufacturing capacity, our current military force would be hard-pressed for replacements and maintenance. Our future capacity to field an independent force could be compromised.

But there are also enormous economic concerns. Cancelling this contract would be a major blow to Canada’s land-defence industries. The contract with General Dynamics Land Systems (GDLS) represents approximately 20 per cent of overall defence spending in Canada. It’s a critical nexus for engineering talent and intellectual property that could be lost forever. And the jobs that would be lost are well-paying, and many are unionized; whether in world-class engineering, project management or advanced manufacturing, these are exactly the kind of highly skilled and technical jobs the Trudeau government is looking to create in Canada.

So, for older Canadians, the memory of the Avro Arrow looms large. This military interceptor was designed and engineered in Canada, and Canadians took immense pride in its world-beating technology. But the project was cancelled by the Diefenbaker government, and the resulting “brain drain” – where Canadian experts moved away, mostly to take jobs in the United States – continues to haunt our defence-technology sector. We are on the verge of repeating this type of situation with the potential cancellation of the LAV contract.

In London, GDLS alone employs the equivalent of 11 years of graduates from the University of Western Ontario’s mechanical-engineering school. Research and development constitutes tens of millions of dollars in spending a year, and generates more than one million hours of engineering development annually. There is no doubt that any action to terminate General Dynamics’ work will have a severe and negative impact on the London region, but as with the Arrow, few regions would be spared the negative impact if this project were to be cancelled, given the thousands of direct and supply-chain jobs spread across the country, including in smaller communities where they represent the largest employers.

The fact remains that the work being done in Canada on the LAV project shows our allies that we have the ability and capability to produce high-quality equipment. If the Canadian government cancels the project, talent and employment will move out of Canada. What will we be left with? A devastating loss of talent, expertise and scientific innovation that’s impossible to replace.

Exports are the lifeblood of the Canadian economy. That is no different for the defence industry, which employs tens of thousands of highly skilled workers across the country. Those workers are our family, friends and neighbours. The Trudeau government must confront the reality of what lies before it: Without exports, Canada cannot continue to have an independent and robust defence industry. That’s why this issue is so important for jobs and the economy here at home, now and in the future.

Opinion
Canadians like to think of themselves as peacemakers. The Saudi arms deal suggests otherwise
December 28, 2018 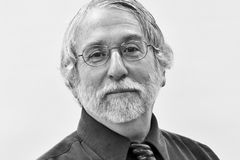 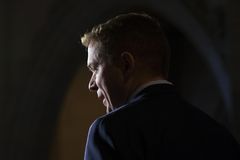 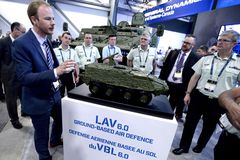