Niall Ferguson is the Milbank Family Senior Fellow at the Hoover Institution, Stanford.

The profession of doom-monger has flourished since the very earliest days of the United States. The founding fathers themselves knew enough European history to know that the odds against the success of a republican form of government were high. Every republic tended to slide into tyranny, usually because the people threw in their lot with a demagogue.

Most of my friends in academia believe that this is exactly what is happening right now. In The People vs Democracy, Harvard’s Yascha Mounk argues that U.S. President Donald Trump’s populism is part of a worldwide backlash against liberal values. In a similar vein, my Stanford colleague Larry Diamond has written of a global “democratic recession.” The Yale historian Timothy Snyder has a new book entitled The Road to Unfreedom.

At the same time, paradoxically, a surprisingly large number of Western intellectuals are attracted to China’s overtly authoritarian system of government. Tsinghua University’s Daniel Bell argues in his book The China Model that the Chinese Communist Party is a meritocracy that governs more competently than a democracy. My old friend Martin Jacques, author of When China Rules the World (2009), portrays Chinese economic management as far superior to the West’s.

Mr. Trump is undermining the United States. China’s rise is unstoppable. The inevitable inference is that when the United States and China collide, as history suggests is quite likely, Beijing will come out on top.

But what if all this is wrong? Let’s start with the theory that democracy is suffering a global recession. Really? Twenty-one years ago, Fareed Zakaria published an influential article, “The rise of illiberal democracy.” In it, he cited statistics from Freedom House showing that 42 per cent of the world’s countries were “free” (i.e, true liberal democracies), 31 per cent were partly free and 27 per cent were not free. Fast-forward to the 2017 data. Free: 45 per cent. Partly free: 30 per cent. Not free: 25 per cent.

This is not to deny that there have been setbacks for political and civil rights in many countries, which Freedom House is right to document. But I don’t see compelling evidence for the rise of illiberalism predicted by Mr. Zakaria back in 1997.

If democracy is in a real crisis, explain to me why millions of people would rather live in democracies than in the unfree countries where they are born? According to a recent survey by Gallup, as many as 147 million people would like to emigrate to the United States. The next most popular destinations were Germany, Canada, Britain and France. Just 1 per cent of those surveyed said that China was the land of their dreams.

True, the recent surge of immigration to democracies has generated a populist backlash. But, looking at 25 European countries for which I have data, I see populists in government in just six: Austria, the Czech Republic, Greece, Hungary, Italy and Poland. I see only 11 populist parties with the support of more than 20 per cent of voters. And I see only two countries – Hungary and Poland – where populists in power are meaningfully reducing individual liberty.

Might Mr. Trump prove to be the Viktor Orban of the United States? No doubt the two men share many political preferences. But the United States isn’t Hungary. Precisely because the founders anticipated that a populist demagogue would one day become president, they created checks and balances in their constitution.

The U.S. system is self-correcting. If you hate Mr. Trump, you’re in good company. More than half (53 per cent) of voters disapprove of the President. They get to vote against his party in November and against him in 2020. By contrast, China can only course-correct if the great helmsman, Xi Jinping, decides to do so.

The fashion for worrying about the decline of democracy began in the mid-1990s, at a time when the United States’ victory in the Cold War was starting to seem too good to be true. But just 10 years earlier the doom-mongers had been warning that Ronald Reagan’s defense build-up would bankrupt the United States and that this would clear the way for the rise of … Japan.

Perhaps one of the secrets of American success is precisely that some doomster is always predicting the decline and fall of the republic. “Just because you’re paranoid doesn’t mean they aren’t after you” has been New York wisdom since the seventies. Yes – and maybe just by being paranoid, we make sure they never quite catch us. 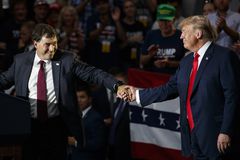 Opinion
Trump could learn something from another disruptor-in-chief
July 31, 2018 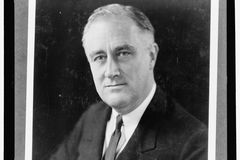 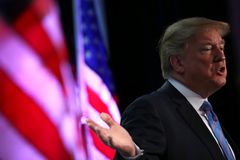