Charles Burton is an associate professor of political science at Brock University and is a former counsellor at the Canadian embassy in Beijing.

China has launched a new charm offensive to rally support for its growing trade war with the United States. Opinion pieces being placed in newspapers around the world, under the byline of the local Chinese ambassador, insist that Beijing strictly follows the WTO’s rules-based international trade regime. They also claim China is adamant about protecting intellectual-property rights, always releases honest and accurate reporting of economic statistics, and engages in no discriminatory measures in procurement and market access.

As we know, Washington has been slapping tariffs on Chinese imports because of relentless (1) thefts of billions of dollars’ worth of intellectual property; (2) flaunting WTO free-trade principles by imposing non-tariff barriers; (3) unfulfilled promises to open parts of the Chinese economy to foreign investment; and (4) imposing arbitrary fees and taxes to inhibit foreign access to the Chinese markets.

In their newspaper articles, the Chinese ambassadors say all four of these reasons are baseless. Clearly these diplomats grossly underestimate the intelligence of Western newspaper readers.

The fact is, representatives of the People’s Republic are just not very good at public diplomacy in the West. In 2008, Lu Shumin, China’s then-ambassador to Canada, rejected criticism of a brutal crackdown in Tibet by comparing pre-1959 Tibet with Nazi Germany, and calling the Dalai Lama a dishonest separatist who has been “lying for decades.” Mr. Lu told The Globe and Mail that “any remarks made accusing China of so-called human-rights suppression or things in that direction, I would consider that as irresponsible and inappropriate.” That went over like a lead balloon. Remarkably, he couldn’t comprehend that nobody would buy the idea of the Dalai Lama being in the same league as Hitler. People were incensed at the suggestion.

China’s full-court press to counter U.S. trade sanctions is much more than tit-for-tat, you taxed me, so I’ll tax you harder. That is just a sideshow to the real issue, which is that, however the trade war ends, the West is no longer prepared to tolerate China’s dissembling and dishonesty in international interactions. This means not just the terms of trade and investment, but cyber-espionage, subversion of Western democratic processes through covert agents and corrupt policy makers, North Korea, and any number of murky transactions in developing nations around the world.

Just over 40 years ago, I became the first foreign student to be enrolled in the history of ancient Chinese thought program, taught in the department of philosophy at Shanghai’s Fudan University. (That same exchange program brought future ambassador Lu Shumin to study at university in Canada.) During my three years there I was intensively guided through the essence of China’s deep tradition by generous, kind and highly learned senior Chinese scholars.

It was a great privilege for me. My respected teachers, all educated in liberal institutions prior to the Revolution in 1949, had been made to suffer considerably during China’s Cultural Revolution (1966-76). But they were remarkably free of bitterness about their fate. These gentlemen – now long gone, but alive in the hearts and minds of all the students they touched, including the Canadians – possessed great qualities of high-mindedness. They taught me well that the Confucian ethic is one of open honesty and broad-mindedness. Seeking petty advantage through deception comes at the cost of universal harmony and the common good.

Far be it from me to advise Beijing’s propagandists how to understand what China’s cultural tradition means in the contemporary context of fractious international-relations conundrums and presidential Twitter, but there is a lot to be said for the Han Dynasty doctrine of “seek the truth from facts” (later championed by both Chairman Mao and Deng Xiaoping to serve their own political purposes).

While “honesty is the best policy” may not be a hallmark of the Trump regime, a more honest, less selective and less manipulative adherence to the international norms of the UN and WTO would definitely serve China’s interests – and those of global justice, peace and prosperity – a lot better. 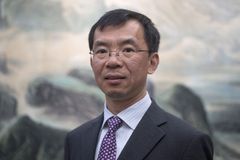 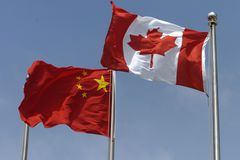