Four decades ago, China entranced the world as its paramount leader Deng Xiaoping opened up the country to foreign investors and focused on modernization. As part of his strategy, Deng instituted a blanket one-child policy in 1979, which was aimed at ensuring that economic development would not be nullified by an exploding population that was nearing a billion people at the time.

The policy was implemented through draconian acts, including very late-term abortions, forcible sterilization and grossly humiliating treatment of hundreds of millions of women. At the household level, families interpreted the economic impulse by abandoning or leaving female babies to die, in the hopes that the next one would be a higher-earning boy. Some lucky girls were adopted by foreign couples.

The party boasted that its measures prevented 400 million potential births, thereby greatly reducing shortages of food and water and minimizing costs to the environment. But it has not measured the price paid in human terms. And for more than three decades, the Communist party remained committed to this policy – even though it had long been obvious that it was producing a large discrepancy in sex ratios at birth.

Now, chickens are coming home to roost. The population is aging, the work force is shrinking, and the urban pension system is in danger of collapse. Last month, China’s National Bureau of Statistics reported that there were 12 million births in 2020, down significantly from 18 million in 2016; it was the lowest number of births since the 1960s. China has now a fertility rate of 1.3 children per woman, well below the replacement level of 2.1. The working-age population has been declining since 2012. There are now 30 million men in China with no chance of finding a wife, because those women never got to childhood.

Admitting no mistake on its part, Beijing announced that it would expand its policy to two children five years ago, but that hasn’t had the desired result. Last month, it announced a three-child policy. But this doesn’t solve the problem: There are proportionately far fewer women now than in 1979. Women who refused to have a second child surely won’t be enticed by the prospect of a third.

Today, women of child-bearing age in China have been steeped in the belief that it is a virtue to marry and have babies late in life. A preference for boys, which has led to reduced female births, has been passed down from one generation to another. It will be difficult for the party to undo decades of its own propaganda now to encourage more births.

To be sure, China is not the only country facing an aging problem. Japan, South Korea, Germany and Italy are among the other societies facing this crisis. But those are developed countries, and they have lower fertility levels. China is, by many measures, still a developing nation: In 2020, China’s Premier said that more than 600 million people, or roughly 40 per cent of the population, were living on 1,000 yuan ($190) per month or less.

Other countries might be able to address their shrinking workforce by replacing quantity with quality. But according to Invisible China, a new book by Scott Rozelle and Natalie Hell, the Chinese labour force has one of the lowest levels of education of any comparable country, with only 30 per cent of workers having completed high school. China has simply not invested enough in its people – and as a result, China is aging before it can become rich.

The government acknowledged in 2016 – the year the one-child policy ended – that the country’s pace of aging was significantly higher than the world average. But the party seems to view people not as individual human beings but as tools to be manipulated to suit policy.

Over the past five decades, for instance, the party has released various propaganda campaigns around the People’s Liberation Army soldier Lei Feng according to the whims of its leaders. In Feng’s diaries – which were published after his death by the party’s minister of defence and are seen by many scholars as forged works – he praised Mao Zedong, and wrote: “My only ambition is to be a rustless screw for the great cause of revolution.” May 5 has since been established as “Learn from Lei Feng Day.”

Meanwhile, Chinese President Xi Jinping recently made it clear – on International Women’s Day, no less – how the party views women. “Without women,” he said, “there would be no continuity of the human race.”

Even now, the government insists on intruding into private matters. At a time when the party wants more births, Beijing’s approach has been a loosening, rather than the elimination, of a restriction. And in so doing, the Chinese people are being told that the party – and not the country’s families – is in charge of their lives. 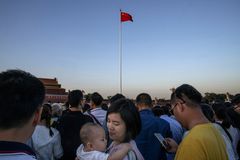 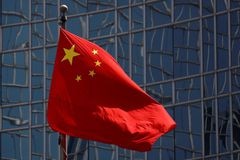 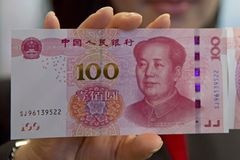