Years ago, you had a hard time meeting your bill payments and defaulted on a small loan. Or maybe you got caught shoplifting or failing to recycle. Today, though you’ve cleared your debts and paid your dues, your name is one of tens of millions on a national blacklist. It means you’re not allowed to buy an airline ticket or get a seat on a high-speed train; it means you won’t get promoted to management; it keeps you off the list for a better apartment.

And you’re being stalked. An increasing number of police officers wear virtual-reality goggles tied to this national database; when they glance at you, face-recognition software instantly identifies you as someone on the national blacklist. You are officially a second-class citizen and tens of millions of public officials know it.

This is a fairly accurate description of current reality for some in China, where life is being transformed fast by the potent combination of universal access to high technology, government use of data-mining techniques and the world’s largest authoritarian bureaucracy, with 50 million public officials.

That bureaucracy, far more than President Xi Jinping’s dictates, is what determines China’s future – and the way it behaves in real life is very different from the way it portrays itself.

English-speaking audiences learned this week about the national blacklist, after media picked up the Supreme People’s Court’s March announcement that it planned to expand its decade-old “social credit” system – which ranks people by creditworthiness and honesty – by linking its “blacklist of dishonest people or groups” to court records, marriage registration, income and social-assistance data, in order to “urge dishonest people to implement legal instruments.”

Officially, this system started as a way to bring consumer finance – credit cards and mortgages – to a communist country that had lacked this crucial pathway to the middle class. (It bears a resemblance to Western credit-rating systems, which are more than a little authoritarian themselves.) And officially, the changes are designed to help Chinese people free themselves from the lifelong blacklist – officials boasted that 2.2 million “violators” have “made reconciliation agreements with plaintiffs under the network of shared information.”

But as with so many of the bureaucratic reforms under Mr. Xi, the declared ambitions of this “network of shared information” are liberal and hands-off, the implementation is intrusive and controlling, and its actual reality, as practised by bureaucrats in the field, is likely to be something else entirely.

It is among many recent reforms that make daily life in China sound like a science-fiction dystopia – not so much the George Orwell sort as the Aldous Huxley variety: not a place where people march to the order of top-down commands (as was effectively the case in the Mao era), but a place where people stay happy and untroubled if they know their rank and stay within a grid of prescribed behaviours.

Yet it is also promoted as part of a plan, badly needed in China, to make society less rigid and more independent. Mr. Xi spent the week touring China and calling for “stronger independent innovation capacity.” Those 50 million bureaucrats are officially paid little, but rewarded with bonuses and profit-sharing incentives when they deliver results. Those rewards come not just when they bring economic growth (the sole goal in the 2000s) but also “maintain social harmony, protect the environment, supply public services, enforce party discipline, even promote happiness.”

Those are the words of political scientist Yuen Yuen Ang, who calls this system “autocracy with democratic characteristics.” And, she finds, it’s not holding together well: “As prosperity continues to increase and demands on the bureaucracy grow, the limits of this approach are beginning to loom large.”

If you’ve spent any time in China, you know it doesn’t function as the all-seeing dystopian nightmare its rules suggest. People’s lives slip around, rather than fitting inside, the bureaucratic structure.

To earn their bonuses, those bureaucrats depend on a plethora of side deals, fiddles and blind eyes turned to the real rules. The scholars Ching Kwan Lee and Yong Hong Zhang call this “bargained authoritarianism.” The political scientist Vivienne Shue and her colleagues, in their fascinating volume of case studies To Govern China: Evolving Practices of Power, catalogue a long list of the ways those bureaucrats square this circle: “pretending not to notice,” “ad hoc or informal political arrangements, encounters and accommodations,” “shared fictions,” “feigned ignorance of what is really going on.”

It’s not your grandfather’s totalitarian dictatorship. If they can peel their eyes from the virtual-reality goggles and smartphone screens of the seamless command state, its stress points and fracture lines stand out.

Opinion
China should stick to honesty as the best policy in ongoing U.S. trade war
April 12, 2018

Opinion
China will not back down in a trade fight with the U.S.
April 8, 2018 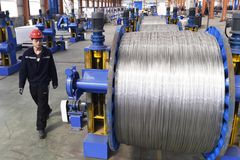 Opinion
We must wake up from our Western dream for China
March 16, 2018 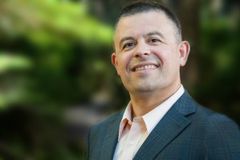