In 2005, China’s National People’s Congress (NPC) enacted an anti-secession law that declared its intent clearly in the first article: to oppose “Taiwan’s secession from China” and to bring about “peaceful national reunification.”

The word “peaceful” appeared nine times in the legislation. “Non-peaceful,” however, was mentioned just three times. In Article 8, the law states that “in the event … that possibilities for a peaceful reunification should be completely exhausted, the state shall employ non-peaceful means and other necessary measures to protect China’s sovereignty and territorial integrity.”

Effectively, if Taiwan doesn’t agree to be absorbed peacefully, it will be forced to do so.

It seems clear that Beijing now feels there is little likelihood of a peaceful approach. Ever since Tsai Ing-wen of the Democratic Progressive Party became Taiwan’s President in May, 2016 – succeeding Ma Ying-jeou of the Kuomintang – Beijing has cut off dialogue with Taiwan on the grounds that Ms. Tsai, unlike Mr. Ma, refused to accept the so-called “1992 consensus.” Under the auspices of that “consensus,” the Kuomintang and the Chinese Communist Party (CCP) allegedly agreed that there was only one China but that the two sides could have different interpretations of what this meant.

Since then, the mainland has stepped up economic, diplomatic and military pressure on Taiwan, most recently by banning imports of the island’s pineapples. The Chinese Premier’s annual report to the NPC had previously included a paragraph on “China’s peaceful reunification”; the word “peaceful” was dropped in 2020, and at last month’s 2021 session, it was again conspicuously absent. The Global Times, a nationalistic tabloid published by the CCP’s official newspaper, The People’s Daily, recently reported on discussions on a new Chinese law that may provide a timeline for reunification and a sense of the measures to be taken, including a vision of what life in Taiwan would be like in the future. And Chinese military activities in Taiwan’s vicinity now occur virtually on a daily basis, with 20 aircraft entering the island’s air defence identification zone on March 26 alone; Taiwan’s foreign minister vowed last week that the Taiwanese would “defend ourselves to the very last day.”

Those signals have been picked up by the United States. On March 9, Admiral Philip Davidson, head of the U.S. Indo-Pacific Command, warned that China might try to take over Taiwan “within the next six years.” Two weeks later, the man nominated to be his successor, Admiral John Aquilino, told U.S. lawmakers that the threat was “much closer to us than most think” and called for the urgent strengthening of defences in the region.

While Beijing observed a diplomatic truce during the eight years of Mr. Ma’s presidency – even rejecting overtures from several countries that wanted to break ties with Taipei – that respite ended as soon as Ms. Tsai became President. In June, 2017, Panama was enticed to switch diplomatic ties from Taipei to Beijing, and the Dominican Republic, El Salvador, the Solomon Islands and Kiribati soon followed. Now, only 14 countries still recognize Taiwan or refer to the island government by its proper name, the Republic of China.

Within Taiwan, there is almost no appetite for reunification with the mainland and its authoritarian government. Even Mr. Ma is disillusioned, saying more than a year ago that Beijing was focused on the “one China” aspect of the “1992 consensus” and omitted “different interpretations.” Last month, after Beijing drastically overhauled Hong Kong’s election structure, Mr. Ma said the “one country, two systems” principle, which the CCP has said would be used to govern Taiwan after reunification, had “officially passed into history.”

Beijing insists Taiwan is unfinished business from the Chinese Civil War of 1946 to 1949, which saw the Communists triumph over Chiang Kai-shek and his Kuomintang government. With the establishment of the People’s Republic of China on the mainland in 1949, Chiang withdrew his government to Taiwan.

Chiang asserted that his was the legal government of all of China – and that Taiwan and the mainland were both part of China. But he died in 1975, and Taiwan has moved on. Today, the majority of the island’s people identify as Taiwanese, not Chinese.

In China’s long history, there have been extended periods in which the country was divided. The 14th-century historical novel The Romance of the Three Kingdoms, one of the great classics of Chinese literature, notes the cyclical nature of Chinese history: “The empire, long divided, must unite; long united, must divide. Thus it has ever been.”

President Xi Jinping seems to have decided that the time for unity is nigh. But he, too, must know the cyclical nature of Chinese history – with unity and division following each other like night follows day. 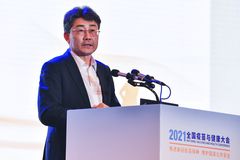 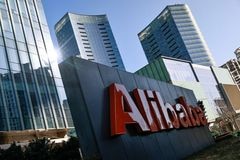 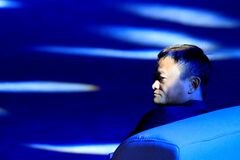