What a coincidence that the companies that own the largest grocery chains in Canada all decided – some within hours of each other – that the danger posed by COVID-19 no longer merits forking over a couple of extra bucks for each employee. Surely the timing is just happenstance; these companies would never collude on something so untoward.

With the exception of Walmart, which ended its program on May 31, all the other major grocers – Loblaw, Metro and Empire (which owns Sobeys and Safeway) – decided last week to end their “hero pay” programs, which saw employees earn an extra couple of dollars an hour in exchange for working during a global pandemic. The companies cited the end of acute-crisis conditions and the establishment of a “new normal” as justification for returning to regular wages.

Now, perhaps these grocery chief executives know something about contracting COVID-19 that the rest of us do not, because according to ... well, virtually everyone else, the pandemic in Canada is anything but over.

Grocery-store employees are currently working in what is probably the highest-traffic workplace outside of hospitals (and hospital staff, it should be noted, are actually trained to work under pandemic conditions). That regions are slowly reopening doesn’t mean the risk to individuals is gone; it means that the outbreak has been controlled to the extent that hospitals, testing and contact-tracing can theoretically keep pace with continuing infections. In Ontario, the number of new daily infections is roughly where it was in late March, back when these companies first introduced their pandemic pay bumps.

So while these grocers might feel confident in their carefully crafted messages about normalcy returning to their stores, the reality is that in many regions, grocery-store workers will still continue to get sick. The difference is, they will now get sick while back on minimum wage.

It’s true that the pandemic pay bump, which saw Loblaw, Walmart and Metro employees paid an extra $2 an hour and Empire workers earn an extra $50 a week plus $2 extra for every hour over 20 hours, was always supposed to be temporary. It was introduced amid an initial panic that stores wouldn’t have enough staff to maintain essential operations during those uncertain first few weeks. But the health risk to front-line grocery workers hasn’t changed all that much between then and now. Plexiglass shields and physical-distancing practices were implemented around the same time as the pay bumps, not materially after.

What has changed since the end of March, rather, is the business case for a $2-an-hour premium. Grocery stores operate on relatively thin margins, where wages constitute the largest proportion of operating expenses. Now that Canadian cities are starting to reopen, resumed restaurant operations threaten to cut into the revenue and profit surges these stores have enjoyed over the past few months. And the looming expiration of the Canada Emergency Response Benefit (although the federal government announced Tuesday it will extend the program by eight weeks) means more people may soon start looking for work.

Taken together, these are good reasons for a profit-minded company to scrap a bonus-pay program. It has absolutely nothing to do with employees suddenly being safer at work.

But then, we all knew that. These companies’ responsibilities are ultimately to their shareholders – not to the people stocking cans of tuna for $14 an hour, hoping they don’t bring the virus home to their families. Loblaw spokesperson Catherine Thomas essentially said as much in an e-mail to the Toronto Star, where she noted that “the company is no longer benefitting financially from COVID-19.” Alas, if only the rest of us could understand the angst of watching an enormous, unexpected profit reared from a wildly destructive disease slowly start to dissipate.

Liberal MP Nathaniel Erskine-Smith has put forward a motion to call grocery executives before the House of Commons standing committee on industry to testify about the matter. And there is, perhaps, a good reason for government to get involved, especially considering the curious “coincidence” of the companies’ announcements and past subsidies the government has handed out to the industry. But on a matter like this, when corporate interests appear to have strayed so far from the basic principles of human decency, customers’ voices tend to wield more power than a government summons ever could achieve.

In normal times, callous, profit-centric corporate behaviour is not particularly remarkable. But one effect of the COVID-19 pandemic has been to amplify our society’s ugliest tendencies in a way that’s difficult to ignore. Clawing back an extra couple of dollars from grocery staff during a pandemic, while spuriously implying the risk is no longer there, transcends conventional ugliness to become distinctly grotesque. Deep down, the people behind the corporate decisions at Loblaw, Walmart, Metro and Empire surely know better.

Grocery executives may be called to testify on pay cuts for workers
June 15, 2020 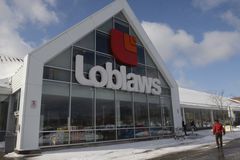 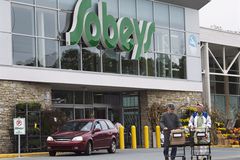 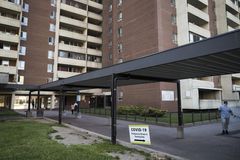