On March 22, The New York Times devoted a full page to a 14-step guide to washing your hands properly. This is now, in the coronavirus pandemic. But first, there was then.

Over the centuries, people have devised ingenious, outlandish and downright weird practices in the name of hygiene and health. Oddly, many of them were designed to limit our exposure to water. The worry about water began with the Black Death, the bubonic plague that killed at least one out of every three Europeans over a four-year period beginning in 1347. When Philippe VI of France asked the medical faculty at the University of Paris who was most susceptible to the plague, they pointed to people who took hot baths. Once heat and water opened the pores, the doctors wrote, disease invaded.

As a result, for a minimum of four centuries, Europeans avoided water like the plague – a poor pun, but literally true. In 17th-century England, the philosopher Francis Bacon invented a bath where the bather first sat, his skin “sealed” by oil and salves, in a tub of water. Then he lay wrapped for 24 hours in a waxed cloth impregnated with resin and spices, rather like a large, rectangular Camembert. This was intended to close the pores and harden the body, now dangerously softened by water.

Also in the 17th century, learned men were convinced that wearing fresh linen shirts cleaned you more effectively and safely than water. The flax from which linen was made, they believed, drew out the body’s sweat; the telltale ring around the collar was the proof of linen’s wonderful cleansing powers. Louis XIV of France only took two baths in his long, active life but he was considered fastidious because he changed his linen shirt three times a day.

As I learned while writing a history of personal hygiene, it’s easy to patronize our ancestors’ goofy and sometimes frightened ideas about what constituted cleanliness and how it affected health. At the same time, beginning at least with the ancient Greeks, there has been one simple, low-tech, commonsensical practice that co-existed with the most fanciful crazes and has never fallen out of favour: washing the hands.

The eighth-century BC Greeks in Homer’s Odyssey wash their hands frequently – before praying and offering sacrifice, before and after travelling. When a friend or a stranger arrived at the door, politeness demanded that he be offered water to wash his hands immediately, even before the host knew the reason for his visit. People washed their hands after meals, which were eaten with the hands. When Theophrastus, in his fourth-century BC satirical portraits, The Characters, created Nastiness, the fact that he goes to bed with his wife with unwashed hands says everything about his grubby rudeness.

Like the Greeks, the Jews also had to wash their hands before praying. Clean hands came to symbolize purity and innocence, as seen in Psalm 24: “Who may ascend the hill of the Lord? Who may stand in his holy place? He who has clean hands and a pure heart.” The connection between clean hands and guiltlessness has endured, from Lady Macbeth’s compulsive washing to our expression “My hands are clean.”

Washed hands were the sign of respect, for other people as well as the deity, and of civility. In the highly unhygienic middle ages, hands were the parts of the body most likely to be cleaned, and medieval paintings of interiors often show a pitcher, a basin and a cloth for drying hands in the corner of the room – a sign that the inhabitants knew how to behave.

Soap did not figure in this handwashing. Although toilet soap, probably made with olive oil, was part of the Turkish bath, Europeans, like the ancient Greeks and Romans, did without it. Small batches of expensive toilet soap were made in southern Europe, but it was treated like a cosmetic or perfume. Most Europeans relied on water, sometimes infused with herbs.

James I (1566-1625), one of the dirtiest English monarchs, reportedly washed nothing but his fingers. When Louis XIV awoke, his valet sprinkled some spirits of wine on his hands. The king wiped his face and rinsed his mouth, and that ended his ablutions – but the ethanol in the spirits of wine had disinfected his hands.

All this handwashing was about good manners, not about keeping germs from spreading. When Ignaz Semmelweis (1818-1865) tried to figure out why the Viennese women whose babies were delivered by midwives had almost no incidence of the puerperal fever that was killing women attended by doctors, he realized that doctors and medical students came to the obstetrical wards directly from the autopsy room without washing their hands in between. When he had them wash their hands in chlorinated lime solution, deaths from puerperal fever declined by 90 per cent. But without a scientific explanation of germs, and faced with doctors insulted at the idea that they should scrub their hands, Semmelweis was hounded out of Vienna. He died without seeing the germ theory, advanced by Robert Koch and Louis Pasteur, slowly take hold.

These days, no one is scoffing, at least publicly, about the medical benefits of handwashing. Arrogantly and ignorantly, many of us assumed that epidemics such as the Spanish flu of 1918 would not happen again. The SARS epidemic of 2003 proved us wrong and in that crisis, as well as in the current pandemic, one of our best defences, if not the best, was plain old handwashing. Done properly, it now includes soap, which finally became affordable and gentle enough for our skin around the end of the 19th century.

The history of cleanliness doesn’t follow an upward line of progress. Its path has been wayward, now advancing, now retreating, responding to fears and desires when reliable science did not exist. From the end of the 18th century, when people finally conquered the fear of water that had begun with the Black Death, until about 1950, educated people fretted and deliberated over almost every aspect of hygiene – full immersion or spot cleaning, warm or cold water, soap or no soap. After a century and a half of debating, we landed more or less where the Romans had been two millennia ago.

The cleansing practice canonized by modern science is the modest one that never went out of fashion during all those meandering centuries – a prelude to prayer, a mark of courtesy as well as a sensible routine familiar to Homer’s characters, medieval ladies and gentlemen, and kings and commoners who were otherwise filthy. Now, with the process broken down finger by finger by thumb in countless YouTube videos and lauded by the U.S. Centers for Disease Control and Prevention as one of the most effective ways to protect yourself and others during the pandemic, the humble art of handwashing has come into its own as a lifesaver. 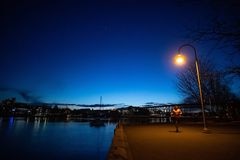