Those who oppose acting on climate change are called deniers, a word that suggests they don’t believe that change is happening, or at least disagree that humans are causing it.

But a recent statement by an arm of the United States government suggests that when so-called captains of industry express disbelief, it’s often feigned. Many who present themselves as deniers likely do believe the climate is becoming unstable, they just don’t care.

As reported in The Washington Post, U.S. President Donald Trump wants to freeze a coming set of fuel-efficiency standards, and a branch of the Department of Transportation was given the task of backing him up. Known as the National Highway Traffic Safety Administration (NHTSA), it attempted to do so in a preliminary environmental impact statement released in August.

While Mr. Trump often says that climate change is a hoax, the NHTSA didn’t take that position, or even try to minimize the damage. Instead, the agency justified climate inaction by stating that it’s just too late to solve humankind’s biggest problem.

No matter what, the statement says, the planet will experience a temperature increase of about four degrees Celsius above preindustrial levels by the end of the century. That’s big, significantly higher than the lowest target set in the 2015 Paris Agreement, a two-degree rise predicted to bring more droughts, floods and chaos.

The argument is, basically, that we’re already cooked. Might as well enjoy burning fossil fuels – and more to the point, making money off of them.

Mr. Trump is obsessed with the appearance of gross wealth and his cabinet is stacked with wealthy climate-change deniers, including the current secretaries of agriculture and energy. The group has proven itself craven at every opportunity, and it’s not hard to believe its members care more about making a buck off the Earth than saving it.

Even though it’s unsurprising, the idea seems genuinely insane. Poor countries and people already face climate stress first, yes, but there is still only one planet known to host humans. Even those used to throwing wads of money at their problems know that cash is inedible, right?

The answer is, sort of.

According to the author Douglas Rushkoff, many of the very rich believe their wealth can protect them, especially if they leave the rest of us behind.

Mr. Rushkoff teaches media theory and digital economics at the City University of New York. In July, he wrote an essay that opened with an anecdote about being paid half his annual salary to give a talk on “the future of technology.”

He ended up around a table, he says, with “five super-wealthy guys – yes, all men – from the upper echelon of the hedge-fund world.” The increasingly shocking questions they posed included urgent inquiries into whether New Zealand or Alaska would be safer from rising seas.

They asked him how to control their security staff when money became useless, and mused among themselves whether shock collars would work. Some had already been building bunkers and storing food. It seems fantastical, but Mr. Rushkoff put his name to it and as he points out, there are other indicators of this sort of thinking.

Even more extreme than hiding out underneath New Zealand is the plan of heading to space. A Florida university is selling “fake Mars dirt” for US$20 a kilogram, so we can practise farming on the Red Planet.

The Japanese billionaire Yusaka Maezawa has already signed up to ride Elon Musk’s SpaceX to the moon. Mr. Musk has previously spoken about making human life “multiplanetary” in case of a “catastrophic” event in his drive to colonize Mars.

And Amazon head Jeff Bezos says his most important work is with Blue Origin, an aerospace company meant to “enable private human access to space.”

I’d personally be fine with a bunch of billionaires launching themselves into orbit, except that – from the Koch brothers to Australian mining magnate Gina Rinehart – many are funding serious efforts to discredit climate science before they go.

The super rich may or may not actually believe that they can leave the planet behind after wrecking it. What’s undeniable is that some of them are currently trying to steal the Earth away from under our feet.

Globe editorial: Trump is a hypocrite on climate change. But he’s not alone
September 30, 2018 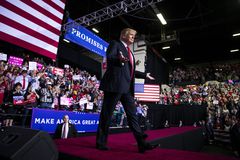 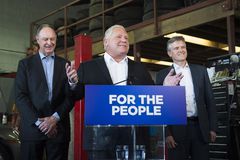 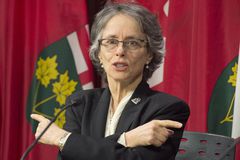