Jeremy Kinsman is a distinguished fellow at the Canadian International Council.

Amid warnings of a new Cold War, the era-defining U.S.-China rivalry is approaching a full boil.

Objections to Beijing’s territorial claims in the South China Sea and its chronic abuse of accepted fair trade practices are commonplace now, not only in the West but among China’s neighbours, too. Meanwhile, there is talk of Western democracies lining up under U.S. leadership to contain China and counter its attempts to increase its influence beyond its own borders – as if this longstanding U.S. practice is the exclusive purview of China. Beijing, meanwhile, denies that its transactional business ties are intended to remake the world in its image.

The New York Times reports that the efforts of China hawks in the United States are producing constitutionally questionable policies that would cement systemic rivalry as a new normal of intense confrontation and coercion between the superpowers. Just last week, U.S. President Donald Trump signed an executive order to effectively split the tech world in two, an irreversible decision even if Mr. Trump is not re-elected in November.

Yet a new Cold War has scant appeal in Western capitals. The popular U.S. assumption that it must remain the foremost superpower in the world has been corroded by Mr. Trump’s “America First” unilateralism. Canada suffered just the latest example of the White House’s dismissal of its historical allies and role when Washington slapped yet another round of tariffs on imports of Canadian aluminum, again on the spurious grounds of “national security.”

If the U.S. were to restore its tradition of pragmatic multilateralist leadership, Western democracies would surely come together to demand fairness, reciprocity and more transparency from China. But they would certainly still need to recognize the reality of China’s unprecedented rise and success.

Indeed, it isn’t “appeasement” to signal that we are willing to live in peace with another country with a different economic style and political system. As British Prime Minister Boris Johnson put it recently: “The U.K. has serious human-rights issues in China, but China is a giant fact of geopolitics and Britain will continue engagement with Beijing.”

It’s obvious that much of the new intensity in hostility to China is being amplified by a U.S. President who lacks foreign policy wins and faces long odds for re-election. Mr. Trump’s shambolic inability to manage the COVID-19 crisis likely only turbo-charged his wish to shift attention to a patriotism-evoking scrap with China.

As Obama-era director of policy planning Anne-Marie Slaughter said in a recent CNN panel, hawks are more appealing than doves in election time, and that can lead to “new Cold War” rhetoric that is “easy, partisan and wrong.” In that panel, she and Bush-era official Robert Zoellick agreed with internationalist Kishore Mahbubani that relations with China should return to “competition with co-operation,” which would involve moderating the projection of exceptionalist and exclusionist patriotic self-concepts and stifling the angst over a false race for global primacy.

In terms of geography, history and economics, Canada is obviously North American. But by nature we are multilateral globalists, compelled by the stark reality that, in the irrevocably interconnected world, humanity’s survival depends on effective co-operation on an array of transnational dangers. That will be unattainable if the world’s two leading countries don’t get along.

The imprisonment of Canadians Michael Kovrig and Michael Spavor after the detention of Huawei executive Meng Wanzhou only exposed us as a mere garnish in the U.S.-China sandwich. And while critics say that returning Ms. Meng to China might effectively nullify the Canada-U.S. extradition treaty, I can assure you – as an administrator of that emphatically bilateral treaty at our Washington embassy years ago – that the pact was not meant to enable the arrest of a third-country foreigner transiting through Canada in connection with U.S. allegations of financial crimes by a global technology rival, ostensibly in violation of sanctions on Iran that Canada does not have.

China’s hostage grab was unequivocally grotesque. But in the absence of U.S. help, we have to solve it directly with the Chinese.

As vice-president, Joe Biden had several productive meetings with Mr. Xi. Hopefully, a Biden White House could try to reset reciprocal intentions on divisive issues, helping resolve our hostage dilemma. But for all our sakes, Beijing and Washington should heed the words of 13th-century Sufi poet Rumi: “Beyond right and wrong, there is an empty field. I’ll meet you there.” 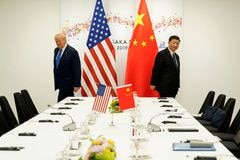 July 3: ‘Brian Mulroney is quite right.’ Readers discuss rethinking Canada-China relations, plus other letters to the editor
July 3, 2020 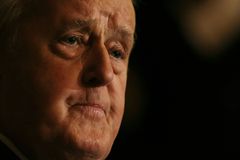