Shimon Koffler Fogel is the president and CEO of Centre for Israel and Jewish Affairs (CIJA).

Growing up in Montreal, nothing equalled the excitement of watching my beloved Canadiens play at the Forum. The joy of that experience, however, was sometimes eclipsed by the shame and anxiety my brother and I felt when, as we left a game, other fans would occasionally toss pennies at us, two obviously Jewish kids wearing kippot. Though uncomfortable, it was really the only anti-Semitism I encountered in my youth.

That experience certainly did not approach the nightmare my parents lived during the Holocaust. Fortunately, they both survived the attempt to annihilate the Jewish people and were able to embrace the wonder of Canada. To them, Canada was a land free from the hate that robbed them of their families.

Were they still alive, my parents would be deeply troubled by the global rise of anti-Semitism we are witnessing.

These days, too much hatred is being expressed in Canada. Too many groups are being targeted for discrimination, vitriol, and threats – especially Indigenous, Muslim, Black and Asian communities. While the National Summit on Antisemitism being hosted today by the federal government is focused on hatred of Jews, many of the lessons learned and measures that will follow will be instructive in combatting other forms of bigotry.

That said, it is important to underscore that hatred of Jews is exceptional in three ways. It is global in its scope; it is timeless in its manifestation – morphing through the millennia from religious and racial animus to socio-economic and political expressions; and it may be the only hatred sourced across the spectrum (the extreme right, the extreme left and within some segments of fundamentalist Muslim and Christian communities).

Anti-Semitic violence will always be shocking, but the perpetrator never will be

Anti-semitism is also unique as it extends to the vilification, delegitimization and demonization of the Jewish state, which is increasingly becoming a proxy for hatred of Jews. Anti-Zionism is increasingly used as cover for the same.

In the contemporary struggle to right wrongs and validate the realities confronting racialized communities, the Jewish lived experience – with all its suffering, both past and present – feels too often dismissed in the public conversation. For many, Jews are seen as revelling in white privilege, and therefore cannot be victims; for others, Jews are the authors of “globalism,” an insidious and often racist conspiracy that involves people believing a cabal controls and is undermining the world.

The national summit goes beyond acknowledging anti-Semitism – it is about advancing proposals to combat it. Among the recommendations the Centre for Israel and Jewish Affairs (CIJA) offers are proposals related to education, which remains the most constructive approach to addressing and diminishing hate. It has applications within the classroom, but with the rise of social media, there is an equally high imperative to address anti-Semitism found online. As such, we are proposing a national social media literacy campaign that educates Canadians about the growing toxicity on the web. The sustained campaign would give Canadians the tools to create a more inclusive online world. It would reinforce social media companies’ own codes of conduct, and flag behaviours that are hateful and dangerous.

While education is a necessary component, it must be accompanied by vigorous legislative action. Leveraging the recent Heritage Canada-sponsored Action Summit to Combat Online Hate, organized by CIJA, the literacy campaign should be complemented by more robust legislation governing the obligations and responsibilities of social media platforms. This would go beyond Bill C-36 and reflect a comprehensive approach to combatting online hate, which too often turns into real-world violence.

And finally, we are calling for an amendment to the Criminal Code to include Holocaust denial as a stand-alone, indictable offence, as it is in France, Germany, Austria, Hungary and Poland. The link between anti-Semitism and the Holocaust is self-evident; less obvious, but no less real or insidious, is any effort to deny the Holocaust as a strategy to diminish, trivialize, challenge, refute, or repudiate Jewish lived experience.

We are grateful for the leadership demonstrated by all levels of government to tackle hatred of Jews. But the summit is only the starting point. It will fall to all Canadians – Jewish and non-Jewish alike – to translate sentiment into action.

Opinion
My parents are being displaced from Sheikh Jarrah. The fight for their neighbourhood is a fight for our rights
May 21, 2021 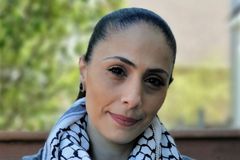 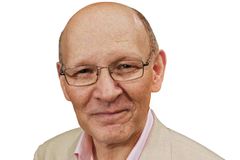