Being a politician isn’t easy, with all those rubber chickens you’re forced to eat while gobbling for votes.

Perhaps worse is the stomach you must have for taking positions you know in your heart aren’t right, or good for humanity, but nonetheless give your party the best chance at scoring cheap political points. And if that entails filling up your car at a gas station as part of a tawdry stunt to draw attention to a dubious policy your party is fronting, so be it.

Of course, this is precisely what conservative politicians, mostly from Ontario, but also including federal Conservative Party Leader Andrew Scheer, decided to do this past weekend: engage in shameful photo-ops to draw attention to the federal carbon tax that went into effect on Monday.

Honestly, how do these people live with themselves?

The fact that these politicians paraded to gas stations with photographers in tow one day before the release of a bombshell report on the effect of global warming in Canada was perfect. Better to see the utter lunacy of the position Mr. Scheer, Ontario Premier Doug Ford and conservative-minded politicians in the West have taken when it comes to combatting the root causes of climate change.

Opinion: Climate change is more expensive than the carbon tax

Canada, as it turns out, is warming at twice the rate of the rest of the world. Twice the rate. The report’s authors concluded that while warming is partly attributable to natural variations in temperatures, the primary cause for the increase is human activity. The result has meant extreme heat, melting glaciers, thawing permafrost and rising sea levels. And it’s only going to get worse. If you think the summer fires in British Columbia and Alberta have been bad the past few years, just wait. They are now something for which governments will have to budget in a much bigger and sustained way.

But hey, forget all that. Let’s spread lies about the carnage the carbon tax is going to cause. Or worse, let’s roll back environmental protections that went some way toward mitigating the damage that greenhouse gas emissions are causing. That is United Conservative Party Leader Jason Kenney’s answer to our climate emergency: promise Albertans that if they make him premier, he will take the province back to the dark ages when its environmental reputation lay in tatters.

While our top scientists are telling us our problem is greater than we even imagined, Mr. Kenney is campaigning on killing the province’s carbon tax, getting rid of the cap on oil sands emissions, granting a stay of execution to coal plants and nuking subsidies to renewable-energy firms. And right now, Mr. Kenney’s UCP is heading for a majority running on that platform.

Of course, Canadians will be asked to weigh in on this issue in October, when the federal election is held. Climate change, and the federal Liberals’ plan to meet our commitments under the Paris Accord, will take centre stage. As it should. The media will have an important job to do in calling politicians out on the mistruths they are spreading around this issue for political gain.

Perhaps the most prevalent deceit is the common conservative lament that the federal carbon tax is regressive and hurts the country’s poorest citizens most. Nothing is further from the truth. Canada’s Ecofiscal Commission estimates that 80 per cent of families will receive rebates greater than their carbon costs under the federal program.

Mr. Scheer also likes to say the carbon tax is nothing more than a naked money grab. This likely plays well with a certain crowd at Tim Hortons. But in reality, Ottawa will be returning 90 per cent of the dollars it takes in back to citizens – and the other 10 per cent will be used to help fund green initiatives. How corrupt.

No, what’s really immoral is being a leader of a political party in this country with no plan to help fight climate change. That’s far more odious than the nature of the scandals that preoccupy us now. 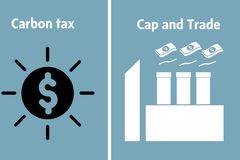