Frank Addario is a lawyer in Toronto.

A man found guilty of second-degree murder for beating an 82-year-old woman to death in her home. Another man convicted in the premeditated killing of a workmate. Two friends found to have committed a sexual assault in a bar so hideous that their three-week trial convulsed Toronto.

All four of them have something in common: They will likely get new trials.

This legal mayhem is the direct result of an Ontario Court of Appeal decision last week, which found that a legislative change in the law that governed jury selection was incorrectly applied by Ontario judges at the urging of Crown lawyers in dozens of cases tried since September. Serious convictions seem certain to fall as a result; weeks of court time and millions of taxpayer dollars will have been flushed away. Surviving victims will face the horror of testifying – again. Defendants will be forced to sit on a knife’s edge, their lives hanging in the balance while their families or an overburdened legal aid system dig deep to finance another trial.

This chaos was eminently avoidable.

It started in Saskatchewan. The acquittal of Biggar, Sask., farmer Gerald Stanley in the death of Indigenous man Colten Boushie prompted allegations of racism in the jury selection process. And in an unusual statement for someone in her position, Jody Wilson-Raybould – at the time, the federal justice minister and attorney-general – publicly denounced the verdict: “As a country we can and must do better."

In response, the ruling Liberals proposed eliminating peremptory challenges, whereby the Crown and defence can each reject a certain number of potential jurors during the jury selection process without having to furnish reasons. Courtroom lawyers and legal organizations told Ms. Wilson-Raybould that this would not solve the problem of racist juries, but, the change – part of the Liberals’ Bill C-75 – came into law anyway on Sept. 19 of last year.

Worse than being ineffective, though, the law was enigmatic. The bill did not clearly explain whether the change to peremptory challenges should apply to the trials of defendants already in the system, or only to those charged after the law came into force, kicking off a legal guessing game for the provincial and territorial attorneys-general who enforce the criminal law. Most chose to ask judges take a sober, low-risk approach toward a prospective interpretation; that is, they accepted it would not affect cases already in the system.

Ontario Attorney-General Doug Downey, however, opted for a hardcore litigation strategy: His office authorized his Crown prosecutors to go ahead and invite judges to eliminate peremptory challenges in continuing cases.

It was a gamble that exposed taxpayers, defendants and victims to egregious consequences. At least one Ontario judge, forced to decide the issue, worried aloud that if he guessed wrong, it would nullify the entire forthcoming trial. And then came the Court of Appeal ruling, holding that those who opted for a trial by jury before Sept. 19 had the right to use peremptory challenges denied to them, meaning their juries had been illegally put together.

A sober-minded attorney-general would have headed straight to the Court of Appeal when the law passed last summer to seek a reference, a tool routinely used to resolve questions of legal uncertainly. Such references bring swift guidance to lawyers, and most importantly, the human cost is nil: No defendants, victims or families would be put through the gruelling emotional ride of a potential second criminal trial. Mr. Downey’s ministry knew about the option but never chose it. Even after a strikingly similar case in November, in which the Ontario Court of Appeal ruled that new restrictions on preliminary hearings were prospective, Mr. Downey declined to change his strategy.

I am often asked by non-lawyers why the legal system can’t get people charged with serious crimes to trial in a reasonable time. What, they ask, is wrong with the system? Usually, I fall back on the answer that it’s complicated, because usually it is. But this debacle, with its attendant chaos, has an obvious and singular cause: Mr. Downey and his terrible legal strategy.

Yes, Ontario can appeal to the Supreme Court of Canada, and yes, that court might even reverse the decision. But meanwhile, hundreds of defendants, victims, and families will sit in limbo as the 30-month speedy trial clock ticks away – all because of the Ontario attorney-general’s gamble.

Despite being the architect of this mess, Mr. Downey, a member of a Progressive Conservative government that preaches personal responsibility to ordinary people, has been silent so far. If he cannot own up to causing this chaos, he does not deserve his job. 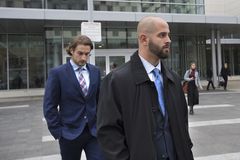 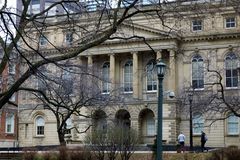 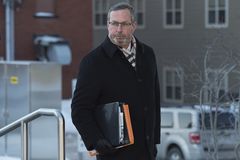