It didn’t take Prime Minister Justin Trudeau long to swallow his words after suggesting last week that Ottawa might extend the Canada Health Act to cover long-term care homes, the provincially regulated facilities where COVID-19 has taken its greatest toll.

Despite the tragedies unfolding at seniors’ facilities in Quebec and Ontario, where soldiers are being deployed to replace burned-out employees who have quit in recent weeks, Mr. Trudeau got out over his skis by raising the prospect of federal regulation of long-term care homes.

Less than two hours after Mr. Trudeau made comments to that effect, François Legault literally rolled his eyes when asked what he thought of them. The Quebec Premier pointed out that Ottawa’s share of public-health care funding has fallen to 23 per cent from 50 per cent since the creation of medicare in 1966.

“If I have one request of Mr. Trudeau, it’s that he get back to 50 per cent,” Mr. Legault quipped. “We’ll deal with managing the network.”

For years, the Parliamentary Budget Officer’s annual report on fiscal sustainability has highlighted a growing chasm between Ottawa and the provinces. The massive amounts of debt Ottawa is taking on to provide financial relief to individuals and businesses affected by the current coronavirus-related economic shutdowns changes the equation somewhat. But it does not change the fact that, without a major injection of federal cash, most provincial governments will be overwhelmed by rising health care costs as baby boomers enter old age.

To a large extent, that is already the case. The Canadian Institute for Health Information describes population aging as a “modest driver” of increasing health care costs. The CIHI notes that the share of public-sector health care dollars spent on seniors has remained steady at around 44 per cent in the past decade, even though the seniors’ population has risen sharply.

However, such statistics fail to capture measures most provinces have taken in recent years to manage costs by moving chronic-care patients from hospitals to long-term care facilities, which have far lower operating expenses. A 2017 Conference Board of Canada study, based on Ontario figures, noted that the cost of a hospital chronic-care bed (also known as an alternative level of care, or ALC) stood at $949 a day, compared to $142 in a long-term care home. It’s not hard to figure out why.

Personal support workers (PSWs) employed in most long-term care homes earn appallingly low wages that are out of whack with the burden of their responsibilities, while the ratio of PSWs to patients is too low to provide adequate care. While each province has its own model for long-term care, most rely to some extent on private operators to take the pressure off the public system. Private operators generally receive a flat subsidy from the province, on top of which they can charge patients extra for frills.

The COVID-19 crisis has exposed the holes in the model. Public funding for long-term care clearly falls short of the levels needed to provide even the most basic services. Most provinces have tried to compensate for a shortage in long-term care beds by investing in home care. But home care is not an option for a growing number of older Canadians who need 24/7 care.

This is not a problem that is going to go away when the COVID-19 pandemic subsides. Yet, the Trudeau government has consistently directed a deaf ear to provincial demands for a new health care funding agreement that tackles the country’s demographic elephant in the room. It has touted plans for a national pharmacare program, though it has taken no concrete step in that direction.

Except for modest top-ups for home care and mental health, the Trudeau government has maintained the health care funding formula unilaterally imposed by the former Conservative government, providing for a 3-per-cent annual increase in cash transfers to the provinces for health care. Prior to the 2017-18 budget, health transfers grew by 6 per cent every year.

The difference amounts to billions of dollars less for health care. At their annual meeting last July, the premiers demanded that the federal government increase health funding by an annual escalator of 5.2 per cent “as a starting point” to keep pace with the costs of new technologies, advances in treatments and an aging population. They didn’t even receive a polite no from Ottawa.

Under the current formula, Ottawa’s share of public health care funding is on track to fall below 20 per cent by the 2026-27 fiscal year, according to Quebec government projections. Mr. Legault knows his request for a 50-per-cent federal share is a non-starter. But he’d settle for a commitment from Ottawa to raise it to 25 per cent, and hold it there.

Opinion
Lessons are learned from every pandemic. And every time, we forget them
Subscriber content
April 29, 2020 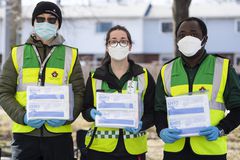 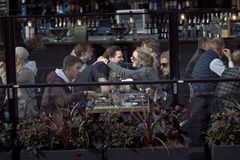 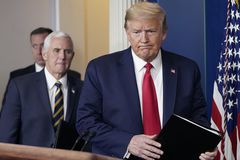