Emily Riddle is a graduate student and policy analyst. She is Nehiyaw (Plains Cree) and a member of the Alexander First Nation.

When I saw the news that Greyhound had decided to cut its bus services in Canada west of Sudbury, I was shocked and disappointed, not just because I’m another millennial without a driver’s licence, who has often utilized Greyhound buses – but because I am a Cree woman who knows that this loss of a vital service puts the safety of Indigenous women, girls and two-spirit people at risk. We deserve to travel our homelands free from violence, and while transportation is only a small component of the changes needed for that to happen, it is an important one.

We have long known that lack of access to transportation in rural and remote areas in this country is a factor in the murder and disappearance of thousands of Indigenous women, girls and two-spirit people in Canada.

The Interim Report of the National Inquiry into Murdered and Missing Indigenous Women and Girls identified “the need for more frequent and accessible transportation services to be made available to Indigenous women.”

This has long been recognized by First Nations leaders in northern B.C., who called for the province to fund transit options after the 2006 Highway of Tears Symposium and the 2012 B.C. Missing Women Commission Inquiry. In 2017, the province launched a subsidized Highway 16 transit service, which 5,000 people used within the first year of service.

In contrast to the development of services along Highway 16 in B.C., the government of Saskatchewan announced, in 2017, that it planned to shut down the Saskatchewan Transportation Company (STC) as part of continuing spending cutbacks. A Crown corporation, the STC had served the province since 1946.

Connie Deiter, a Cree woman from Regina, has since filed a human-rights complaint, alleging that the Saskatchewan government’s decision discriminates against Indigenous women. While the results of this complaint are not yet known, Ms. Deiter claims that she has personally witnessed an increase in hitchhiking since the shutdown of the STC.

Of course, Greyhound’s decision to end operations in Western Canada is a business decision, with ridership down 41 per cent since 2010, a drop that is largely attributable to increased car ownership and the reduced cost of flights in Canada. A business isn’t responsible for the safety of Indigenous people or for the safety of those who must now hitchhike to their jobs; neither is it responsible for assuring access to medical appointments for people in Northern communities.

This is where government needs to step in. Following the announcement of Greyhound’s reduced Canadian routes, Alberta Minister of Transportation Brian Mason called on the federal government to “come up with a national solution that keeps Canadians connected across the country.”

In a typical federalist script, Transport Canada stated there are no applicable funding programs that could “provide an operational subsidy for private intercity carriers,” and suggested it was up to the provinces to respond. Meanwhile, those who rely on Greyhound’s services in Western Canada are stuck in a familiar federalist conundrum that First Nations people have become accustomed to: The provincial and federal governments are refusing to claim responsibility for service delivery to our communities.

The discontinuation of Greyhound services has made it abundantly clear that we should not rely on private companies to deliver vital, sometimes life-saving services. Canadians are familiar with subsidized and nationalized transportation, from the provincially subsidized GO transit system in Southern Ontario to the Crown corporation VIA Rail. As an Albertan living in British Columbia, I’m left wondering: Why can’t Canada nationalize intercity bus service when they have agreed to nationalize a failing pipeline project?

As the National Inquiry into Murdered and Missing Indigenous Women and Girls continues, I hope we can have conversations about necessary harm-reduction projects that will enable us to move safely throughout our homelands.

Opinion
From the comments: Readers rejoice over cave rescue and lament the loss of Greyhound bus service
July 10, 2018 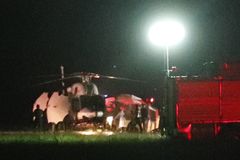 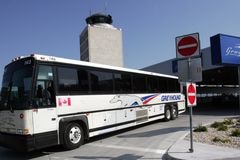