It was total victory for Doug Ford’s Progressive Conservatives in the Ontario election earlier this month. Not only did they capture the greatest number of seats and win the popular vote, they also vanquished the two main opposition leaders, both of whom resigned within hours of the polling stations closing and the results streaming in.

With much of the public bruised by the pandemic, reeling from inflation and worried about a recession, you’d think the Ford government would have been on the ropes. In a Nanos survey for CTV News and CP24, 45 per cent of Ontarians (and 53 per cent among younger voters) were feeling negative about the future, while 37 per cent were positive.

Pessimism is usually bad news for an incumbent government seeking another mandate. So how did the PCs win a second majority?

FEELING ABOUT THE FUTURE OF ONTARIO 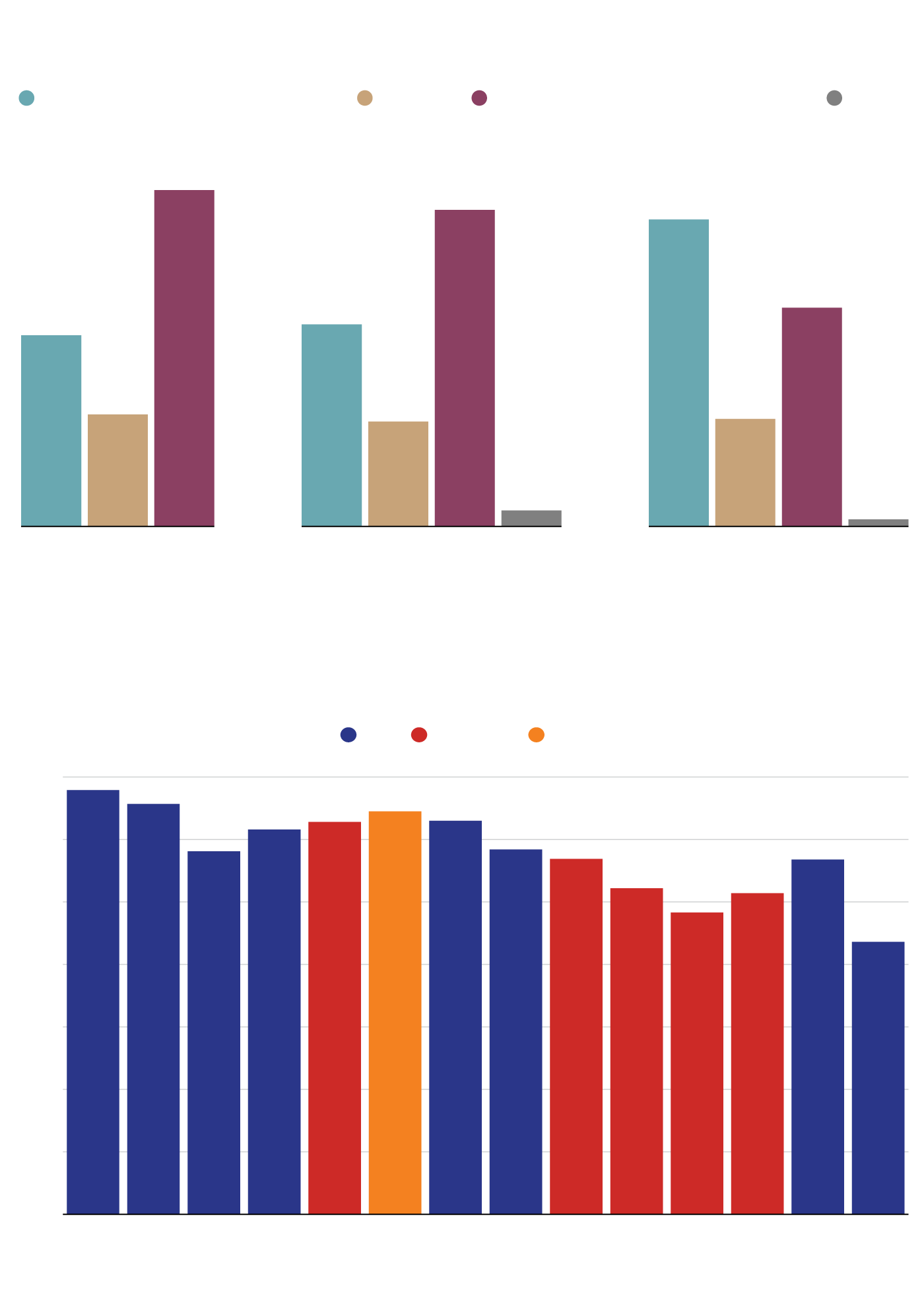 FEELING ABOUT THE FUTURE OF ONTARIO

First, the Ford franchise was recalibrated. In 2018, Mr. Ford was an outsider and agent of change leading an electorate wanting to punish a tired provincial Liberal government. Most winning parties replicate their strategy, thinking that what won the last time would work again.

He was a conservative, yet took a very hard line on vaccinations, even booting out caucus members who did not disclose their vaccination status or who refused to get the jab.

Mr. Ford accepted the offer to join the federal Liberals’ national $10-a-day daycare program and worked closely with their cabinet during the pandemic – even praising the working relationship. He called the trucker-convoy protesters “a bunch of yahoos.” He also won endorsements from some unions.

If, in 2018, anyone said that Mr. Ford would be associated with any of these headlines, you would have rightly been asked what you were smoking. But he has successfully rebuilt the PC Party as a big-tent movement centred on his personal leadership.

In a world where people are worried about the future and politics is polarized, Ontarians welcomed Mr. Ford’s pragmatism.

During the campaign, the Premier moved forward like a steamroller, highly disciplined in his messaging. Neither the New Democrats nor the Liberals landed a punch on the front-runner. The weekly tracking by Nanos for CTV News and CP24 showed the PCs with a lead on Day 1 that endured for the whole election.

Mr. Ford was no doubt helped by the dismal 43-per-cent turnout, which popular wisdom suggests favours incumbent governments, as well as the boring nature of the election.

The good news for the New Democrats is they remain the Official Opposition, though long-time leader Andrea Horwath resigned.

There was no good news for the Liberals. Their leader, Steven Del Duca, never caught on, and their showing was so poor that they still do not have official party status. Another four years without it will be a crippling blow to a once-mighty political force.

With the opposition on its heels, this is the opportunity of a lifetime for Mr. Ford, who, having remade the PCs, now can remake the Ontario – and one can argue the national – political landscape.

Both federal Liberals and federal Conservatives should take note of his path to victory. Key suburban ridings that voted for the Trudeau Liberals in 2019 swung over to the Ford PCs this spring. The Liberal brand in Ontario is currently weak and it’s clear that, lacking motivation, progressive voters stayed home in the provincial election.

Every government has a best-before date. The federal Liberals have been in power for seven years, winning a majority in 2015 followed by two successive minority governments. Of course, winning three elections is no easy feat. But winning the greatest number of seats in 2019 and 2021 while losing the popular vote to the Conservatives should be a sobering experience for the governing party heading into 2024.

The Ford victory should be a wake-up call for the federal Conservatives, too. If the West is the Conservative base, Ontario is the party’s political prize. It is almost mathematically impossible for the Conservatives to win a government without doing well in Ontario. If they want to oust the Liberals in Ottawa, the Ford pragmatism is the clearest path forward.

Embracing the vaccine-hesitant and running like a populist may make for good political entertainment, and even win a nomination, but it is a distant cry from the winning formula crafted by Mr. Ford. (That said, if Canadians remain tired of the federal Liberals, the winning formula may very well be to not make a mistake and to ride a wave of change. In that scenario, the Liberals are in trouble, whether the Conservative leader is a populist or not.)

However the next federal election plays out, it’s clear that Ontario’s Fordquake has shaken the province’s politics to its foundation and will reverberate across the country.

Ontario election 2022: More from The Globe and Mail

One of the Ford government’s signature proposals was Highway 413, which would cut through the habitat of several at-risk species. Science reporter Ivan Semeniuk explains how the struggle between species protection and development, and various levels of government, is playing out along the route. Subscribe for more episodes.

Explainer: Overview of results and the new Queen’s Park explained

Campbell Clark: The pipe dream of a Liberal-NDP merger is back

Editorial: Ford won re-election by becoming a fiscal yes-man. But he can’t keep it up in the postpandemic era